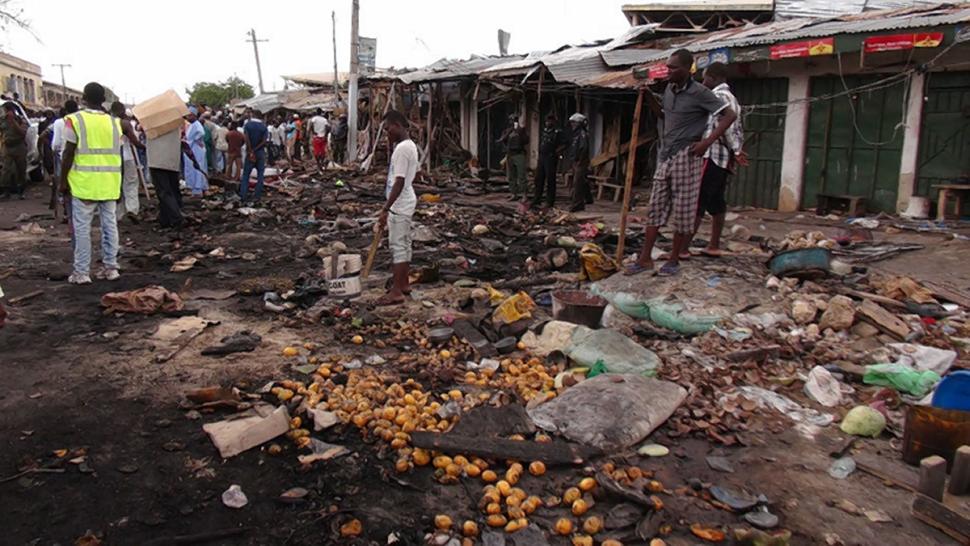 Not less than 11 persons were killed as suicide bombers attacked Maiduguri, the Borno state capital on Thursday night, witnesses and security sources revealed.

Nine suicide bombers were among the dead, reports said.

There were sounds of multiple explosions across the city at about 11 p.m. on Thursday as three female suicide bombers detonated their explosive belts near Muna Garage, a popular bus station that has suffered many of such attacks in recent times.

The explosions killed two residents, witnesses said. But police said only the suicide bombers were killed in the attack.

Several commercial vehicles that were on queue for a trip to the border areas the next day were also razed in the explosion.

A witness, who identified himself as Ayuba Ibrahim, told journalists that seven Civilian-JTF operatives were injured, while all the suicide bombers died.

“But most of the trucks that were loaded with goods for export to Chad and the border communities were destroyed and commodities worth millions of naira may have been destroyed,” said Mr. Ibrahim, a businessman from Taraba State.

Civilian-JTF operatives said few hours after the Muna explosions, soldiers at Muna Dalti, a location about 1 kilometre away from the first explosion, shot six suicide bombers who were attempting to sneak into town at about 2 a.m.

Some Boko Haram gunmen who were riding on motorcycles accompanied the six suicide bombers, they said.

The spokesman for the Borno command, Victor Isukwu, a deputy superintendent of police, said only the suicide bombers died in the attack.

“Yesterday at about 2318hrs, a suicide bomber sneaked into the midst of 13 pick up trucks loaded with goods along Maiduguri/Mafa road, said to be awaiting departure to Gamboru Ngala early hours of today and detonated IEDs strapped on self,” he said.

“The resulting Explosion razed down the parked vehicles beyond recognition. EOD/Police patrol team was promptly deployed to the scene to restore safety & normalcy.

He also confirmed that soldiers had in the night spotted some persons on motorcycle and opened fire in their direction.

How I Became A Mother Of Triplets...