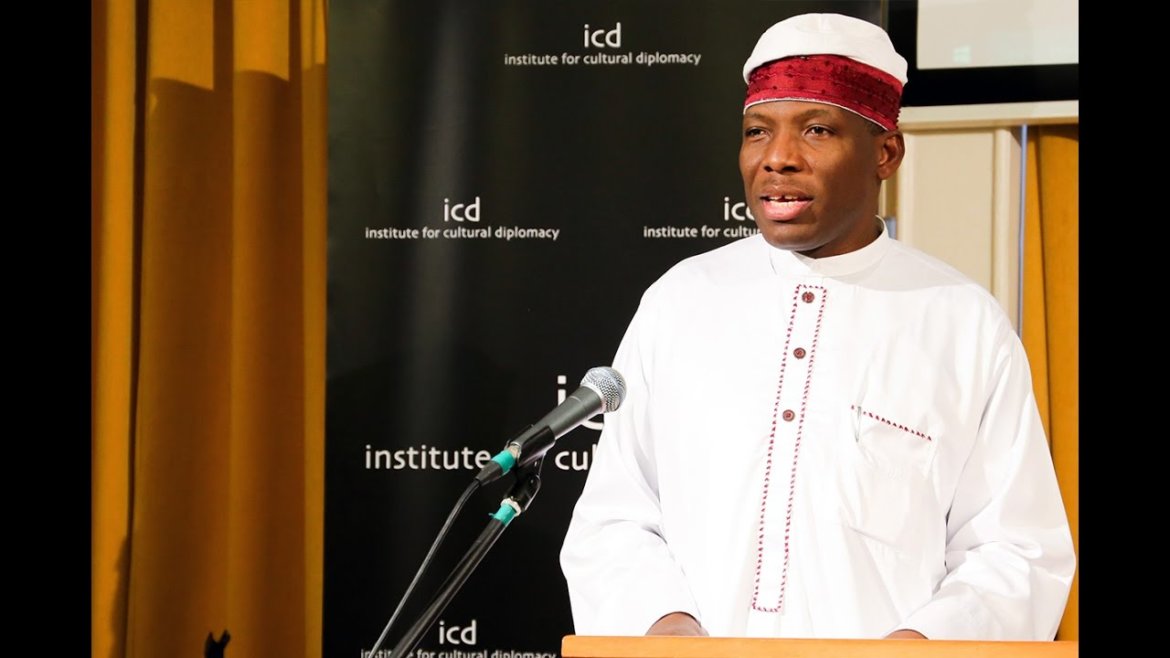 •To Build Brand New Community Primary Healthcare Center
The evening of Thursday, 5th April, 2018, was set aside by the Oloni of Eti-Oni, HRM Oba Dokun Thompson, as he played host to friends, family members and dignitaries at a dinner tagged: “Fund Raising Dinner For The Proposed Community Primary Healthcare Centre”, which was held at the newly built Marcopolo Restaurant on Admiralty Way, beside Tarzan Jetty, Lekki Phase 1, Lagos.

The event, which kicked off at exactly 7pm had a lot of dignitaries in attendance. Some of them were: Her Royal Highness, Erelu Abiola Dosumu, the Erelu Kuti of Lagos, Princess Adebusola Abisoye, (Osolo of Isolo in Akure), Rear Admiral Peter Adeniyi, Princess Yemisi (Oba Dokun Thompson’s Twin), Lagos State Commissioner for Transportation, friends of Eti-Oni, and other well meaning guests.

The event started with the proper welcome address from Chief Julia Fortune Johnson (Yeye Aare Sobaloju of Eti-Oni). She thanked the special guest of honour, HRH Erelu Abiola Dosumu, and other guests, who were present. She said the town, Eti-Oni was so dear to Oba Dokun Thompson and that was why he has been so passionate about turning Eti-Oni into a Smart City. She said further that the vision and passion of Oba Dokun Thompson would inspire a lot of people in attendance to contribute to the fund raising. She said Eti-Oni is a place where you can come during vacation and it’s also a place to be reckoned with; so you can come during holidays or vacation to know more about the town.

Next on the list was the presentation of Eti-Oni Development Group, by Dr. Tony Alabi. He explained why a Primary Healthcare Centre was so important and how they were going about building one for the people of Eti-Oni, in Osun State. He said the amount needed for the project was 50 million naira and in raising the money, they were seeking the attention of the international communities, adding that one of their targets is how to connect the village, Eti-Oni, to the rest of the world. He said that every group and committee assigned for the success of the project are ready to make sure they put in their best.

Also present was the Global Coordinator of Friends of Eti-Oni, Mrs. Yemisi Jenkins (MBE). The brilliant lady perfectly did the introduction of friends of Eti-Oni. She is also a member. She said she engaged Kabiyesi on his vision to develop his community, asking Kabiyesi if she could call some of her friends in the UK to help in actualising his vision. She revealed that they started with 6 of her friends: two from Anambra State, one from Bayelsa, one from Ogun State, one from Akwa-Ibom and herself.

So, “we got together and decided we need to key into Kabiyesi’s visions. And last year, we decided to take a look at female cocoa farmers; we decided we would support female cocoa farmers and make them become 21st century farmers”. She further said: “we got ourselves together in the UK last year, for about six weeks and we called our friends and told them what we wanted to do. And after the launch of friends of Eti-Oni, we had a lot of people trying to join us”.

One of the first task that should be addressed is basic healthcare for the community of Eti-Oni because when people visit there, they can be adequately be taken care of if there is a need. “So, tonight, we want to raise fund to enable us start that project”.

The presentation of the proposed Eti-Oni Primary Healthcare Centre was done by Princess Busola Fawole whois Oba Thompsons younger sister Erelu Abiola Dosunmu, who was the Special Guest of Honour at the event, congratulated Kabiyesi, Oba Dokun Thompson, for his foresight and the support he had got from women around the world. She further praised Kabiyesi for his tenacity, adding that Kabiyesi is ahead of the most Nigerian traditional rulers in terms of love and passion for his kingdom and people of Eti-Oni, Osun State.

The convener, Oba Dokun Thompson, also revealed his plans and how he intended to carry out the project of the proposed Eti-Oni Primary Healthcare Centre in his determination to show-case the potential of Eti-Oni to the entire world through the promotion of cocoa. But his first assignment was on provision of and improving healthcare of the people of Eti-Osa.
One of the most lovely women at the event, HRH Yeye Toyin Olowofoyeku, appealed for donation.
Tolu Sax, who serenaded guests with beautiful performance was at his best. The Grace was taken by Rear Admiral Peter Adeniyi (rtd) Vote of Thanks was by Laitan Williams.