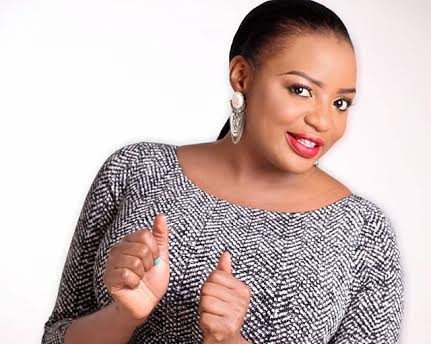 So it was in the spirit of the celebration that she delivered a lecture for the JSS 3 and SSS3 students who found it interesting to have a celebrity and ex-student of their school coming around to incalcate knowledge in them. After the lecture, the students told her to shed more light on how they could succeed in their chosen careers, which did intelligently. The Ibadan, Oyo state-born thespian also donated some computer items to the school, while she cut the birthday cake and shared with the students.

As if that wasnt enough, the pretty babe was on Wednesday, March 15, played host to a party tagged: a “siddon chop” at her new abode on Lekki, Lagos. This segment started with prayers from the top Islamic cleric in the axis, who stormed the house early to do this, subsequently, the party proper kicked off. Those who were at the event includes: Grace Amah, Lolade Abuta, Bisi Ibidapo Obe, Bidemi Kosoko, Footballers and many big boys on the Island.