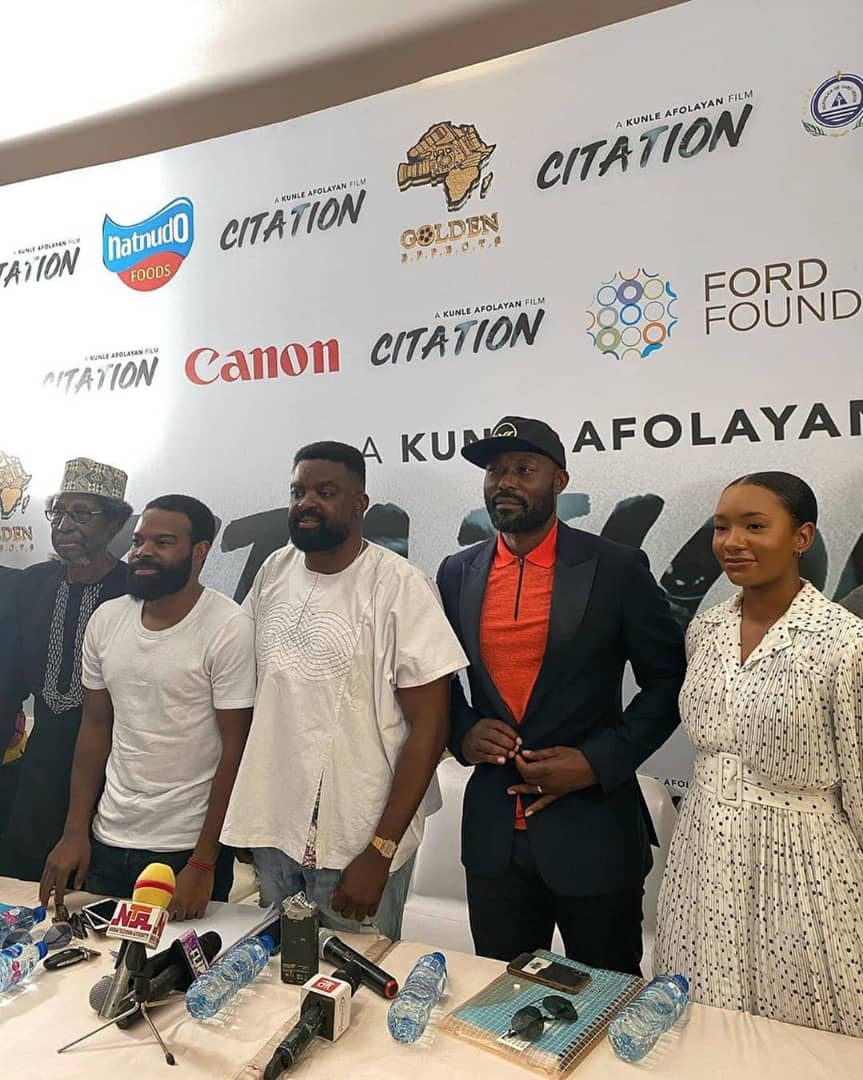 When Citation, the seventh movie of filmmaker par excellence, Kunle Afolayan, is released in cinemas across the world later in the year, one of the new faces that would wow audiences is that of billionaire heiress, Temi, the winsome fashion and arts-loving daughter of Femi Otedola.

Temi, the last child of the billionaire businessman, would be starring in the movie alongside tested thespians like Haitian-born Hollywood actor, Jimmy Jean Louis, Sadiq Daba and Gabriel Afolayan among others.

Knowing Afolayan, the producer of such cinematic classics like Irapada, October 1st, Phone Swap and CEO among others, and his time-tested ability to turn a newbie into a maven, Temi may be on to a new career far bigger than fashion or entrepreneurship where her father has morphed into a mogul. And, why not? Temi is young and beautiful and has the backing of her dad who has been a major force behind her two older sisters’ blooming careers in entertainment. DJ Cuppy has toured the world and performed at big concerts as a Dee Jay and budding musician; while Tolani, the dark-hued singer-songwriter took the Nigerian music industry by storm in 2019 with her hit single, Ba Mi Lo, featuring Reekado Banks.

Temi, 23, is a fashion and travel blogger and owns JTO Fashion, a multimedia platform from which she expresses her adventures through the arenas of fashion, beauty, art, and travel. She had whetted the appetite of her over followers on Twitter when she announced earlier in the day, “Today will be monumental. Big news coming later on.” Her timeline, she acquiesced, went wild, with many postulating that her relationship with the afro-pop star, Mr Eazi, may finally be getting consummated. She would reply later; “I can already see comments going wild. This has nothing to do with an engagement!! Lol,” she tweeted.

The news was about her starring role in Citation. Written by Tunde Babalola, ‘The Citation’ is a university drama surrounding a female postgraduate student who has to find a way of dealing with the awkward situation of sexual harassment from a popular male lecturer. It will be shot in Nigeria, Senegal and Cape Verde where Afolayan had sealed production deals ahead of a proposed January 2020 shoot.

According to him, ‘The Citation,’ apart from its thematic premise, will attempt to market Cape Verde to Nigerians and the rest of the world while also establishing film and cultural affinity between the two countries. In a statement made available to the media months back, Cape Verde’s Culture and Creative Industries Minister, Abrãao Vicente, who led the government team that included the Director-General of Arts and Creative Industries, Adilson Lima Gomes and the Coordinator of Cultural Goods and Music, Luhena Correia, in negotiating the deal, was quoted as saying that she believes that the collaboration will enhance a good relationship between Cape Verde and Nollywood