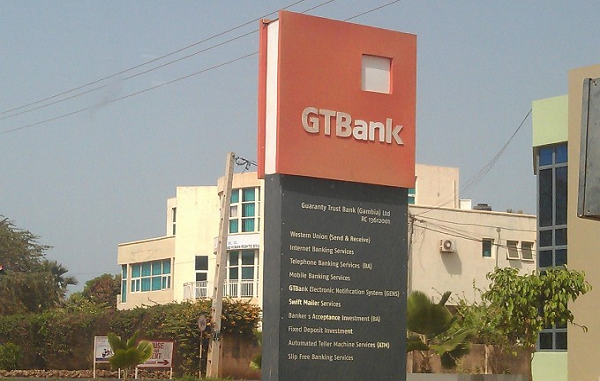 This is the best times for Guaranty Trust Bank as its full year result for 2016 shows the strongest growth in gross earnings in five years and the highest profit advance since 2013. Foreign exchange revaluation gain was the main driver for the bank’s big leap in earnings; having multiplied by nearly 1,600% in the year. The bank maintained stable growth in interest income and saved cost on interest expenses – which declined in the year.

A massive growth in credit losses however claimed more than all the increase in interest income and the cost saved from interest expenses and left income net of impairment charges lower than in the preceding year. The strength to grow profit therefore, came from non-interest income led by foreign exchange revaluation gain and a significant moderation in operating cost.

The renewed strength from the revenue side raised asset turnover to the highest mark in recent years but the impact of a 426% upshot in risk asset impairment charges trimmed profit margin – which declined for the fourth year running. Yet, the bank has maintained one of the highest net profit margins in the banking sector.

The bank posted gross income of N414.62 billion at the end 2016 operations, an accelerated growth of 37% and the highest revenue growth rate in five years. GTB had raised gross earnings by 8.4% to N302 billion in 2015, which was a slowdown from the preceding year’s record. Interest income contributed N262.49 billion of the gross income but its proportion of the total revenue declined. The contribution of non-interest income grew from 24% in the preceding year to 37% in 2016.

Loans and advances grew strongly in the year at 16% to N1.59 trillion, doubling the increase of 7.5% recorded in 2015. Investment assets also grew by more than 34% to stand at over N528 billion in the year. These spurred the increase of 23% in asset base, which amounted to a little over N3 trillion at the end of 2016.

The bank maintained a tight control on operating expenses, which helped to moderate the impact of the huge loan loss expenses and permitted the increase in non-interest income to flow down to the bottom line. Operating cost increased by 18% to N113.64 billion at the end of 2016 compared to the growth of 37% in gross earnings. That reduced operating cost margin further to 27% – the lowest figure in many years and one of the lowest cost margins in the banking sector.

GTB closed the 2016 financial year with a net profit of N131.34 billion. This is an accelerated growth of 33% compared to a flat growth in the preceding year. It is the strongest profit growth the bank has achieved in the past four years since the historic advance of 75.7% in net profit in 2012.

The bank closed the 2016 fiscal year with a net profit margin of 31.7%, a slight decrease from 32.7% in 2015. The decline reflects the massive growth in loan loss expenses that prevented interest income from impacting the bottom line. It remains one of the highest profit margins in the banking sector.

Earnings per share amounted to N4.67 kobo at the end of 2016 against N3.51 in 2015. The bank has announced a final cash dividend of N1.75 per share, up on the interim of 25 kobo it paid at the end of its half year. The dividend is payable to shareholders on the company’s register on 28th March while payment would be made on 7th April, 2016