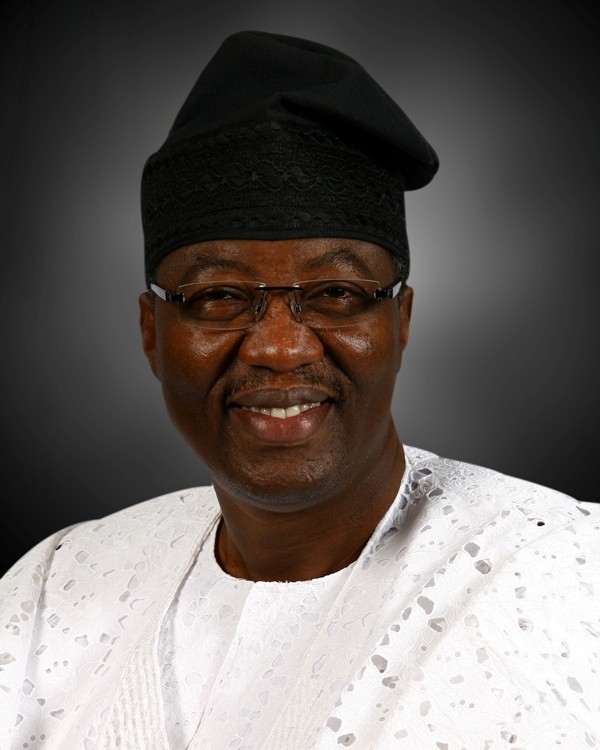 The 15th Aare Ona Kakanfo designate, Otunba Gani Adams has described the former Governor of Ogun State, Otunba Gbenga Daniel as an asset to the Yoruba nation and one of the most respected Governors to have come from Yorubaland.

Otunba Adams stated this during a courtesy call on the former governor at his Asoludero Court residence in Sagamu on Tuesday.

Going down the memory lane, Otunba Adams recalled the turbulent years of the Oodua People Congress (OPC) and the outstanding roles played by Otunba Daniel especially as he averted what could have been a bloody clash between the two factions of the OPC in 2005.

“As a sitting Governor, Otunba Daniel called us to a round table and settled the factional crisis within the movement rescuing the region from bloodshed”.

“What he said on the occasion still remained indelible in my memory as he stated that he was not talking ‘as a governor but as true son of Oduduwa‘.

He also extolled the philanthropist gestures of Otunba Daniel which were unmatchable and noteworthy.

Not done, he also recounted his dark days in detention in 2005 when Otunba Daniel regularly visited and showed much concerned about his welfare in incarceration.

On his new status as the Aare Ona Kakanfo designate, he said he was not particularly ambitious about the title but had to cave in after much persuasion and series of consultations.

In his words, the Yoruba nation is at threshold and fast becoming an endangered race if not rescued. This, he believe was one of his responsibilities which could be achieved with people like Otunba Gbenga Daniel behind him.

In response, Otunba Daniel thanked the new Aare Ona Kakanfo for the visit despite the fact that Asoludero Court was like ‘Otunba Adam’s second home’. “I’m particularity happy with the title bestowed on you as the Aare Ona Kakanfo by a deep thinking monarch, the Alaafin of Oyo, His Imperial Majesty, Oba Lamidi Adeyemi”.

“I want to assure you of my support in as much as we share nearly same ideology in common chief among which was the emancipation of the Yoruba race”.

“You are a determined personality who is highly principled and not after monetary gains but honour. I am yet to see a greater Yoruba man of your generation in the way you have carried and improved yourself with the resolve to move the Yoruba nation to higher levels”.

“Whatever might have happened to holders of the title of Aare Ona Kakanfo in the past, you are determined to change the course of history. You are, without mincing words, a phenomenon”.