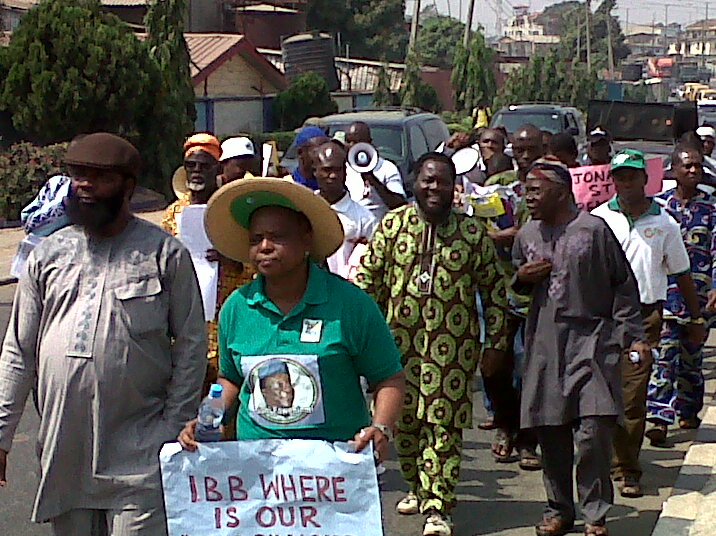 The wife of late human rights activist and senior lawyer Chief Gani Fawehinmi, Ganiyat, says her husband would be happy to receive the Grand Commander Order of the Nigeria (GCON) honour if he was still alive.

Abiola, the presumed winner of the election, was also conferred with the Grand Commander of the Federal Republic (GCFR) by the president.

Addressing state house correspondents, Ganiyat expressed excitement at the honour which she said is coming years after the late activist was harassed by security agencies.

“Every time the security will come, turn our house upside down, even his office was broken into, they took away many files during Ibrahim Babangida regime and they were not returned till date,” she said.

“So I just thank God that I am alive to witness today and I know that my husband will turn in the grave for this June 12 that is being actualised because he really fought and died for it.

“I believe God has a purpose for it, I believe that is how God wants it because you can’t run a race ahead of God.”

Mohammed, Fawehinmi’s son, also said contrary to insinuations that his father would have rejected the honour, he would have accepted it.