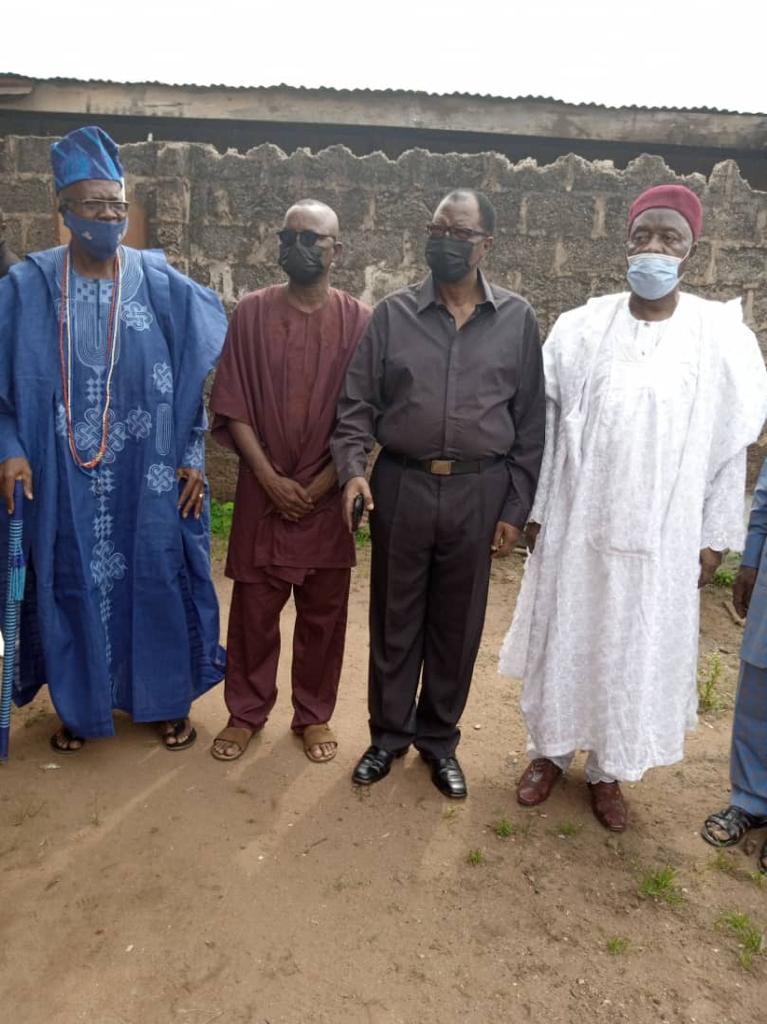 Former Governor of Ogun State, Otunba Gbenga Daniel on Thursday paid a condolence visit to the families of the victims of the gas explosion at Conference Hotel Limited, Abeokuta on Tuesday.

Daniel, who is the promoter of the hotel, made a tour of bereaved families in Ijebu Ode and Abeokuta to convey his sympathy. In his entourage are Chief Imam of Ijebuland, Alhaji Ayanbadejo; Gbegande of Ososa, Oba Dr. Toye Alatishe; Chief Ibukun Ojosipe; Hon. John Obafemi, Hon. Tunde Gazal and Arc. Kajiko Adesanya.

In Ijebu Ode, the former governor visited the residence of Mr Bakare (Bakky), the father of Jamiu Bakare who passed on in the accident.

Mr Bakare express his appreciation to the former Governor for his deep concern and for personally coming to see him at his Ijebu Ode home. The Chief Imam of Ijebuland prayed for the repose of the soul of the dead.

Otunba Daniel also visited parents of the other deceased involved in the unfortunate explosion. He then visited the hospital where the management of the hotel had taken injured victims to encourage them.

Meanwhile, in a related development, another gas explosion rocked the Olusegun Obasanjo Presidential Library in Abeokuta leaving two people dead and others injured.

Gas explosion has become rife in the Abeokuta metropolis. No fewer than five gas mishaps have been reported across the ancient city with many casualties.

Experts say the fatal accident could be traced to adulterated oxyacetylene gas in circulation within the metropolis.

The management of Conference Hotel has called for an investigation into the suspected hazardous materials in circulation while calling on gas consumers to be more conscious.

Just In: Another Nollywood Actor, Abiodun Adelaja Is Dead