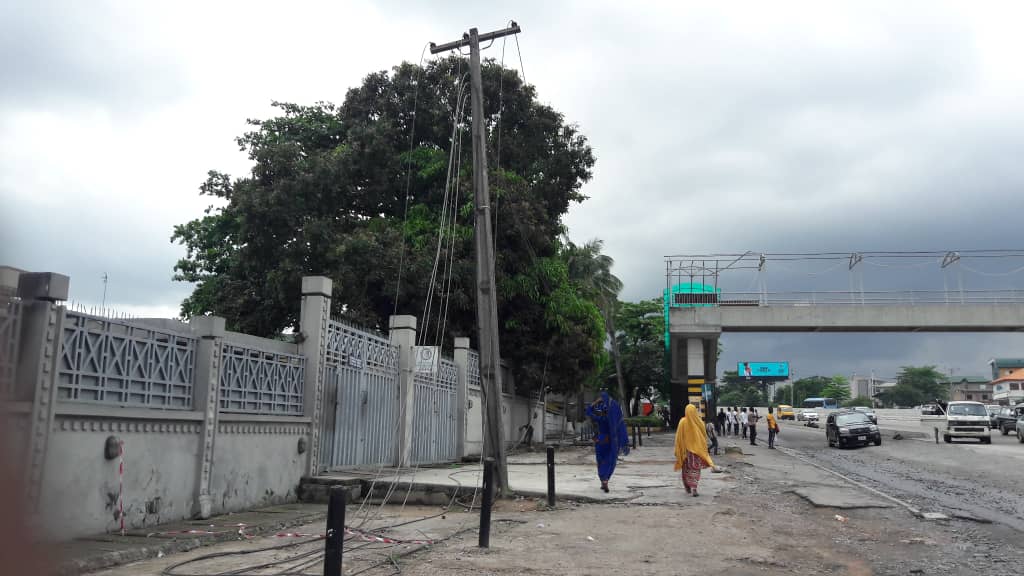 Residents of Gbagada area of Lagos have cried for help after officers of the Ikeja Electric allegedly received the sum of six Hundred thousand naira to replace damaged poles but have refused to do the needful ever since.

A resident who spoke to City People on the condition of anonymity said:
“Ikeja Electric has refused to restore power supply to us after been paid 600k for damages to their poles and now they are saying they don’t have poles to fix our power.

“The poles that were brought to the site and were used to fix the power supply of the estate behind because their officials live at the estate.

“We have been out of power supply for almost a month now and this is meant to be a private company being run like a government agency.

“The MD of Ikeja Electric used live in Gbagada but now she has moved to the Island but she makes all her money here on the mainland. Nothing is been done to elevate the suffering of the people on this power line after the officials of the company had collected N600, 000k to restore power to the line.”

All efforts to reach the management of Ikeja Electric to speak on this proved abortive as the customer line called were not picked.

Captain Hosa: ‘Its Ungodly to Gloat Over My Health’, Says he has moved on after Edo election