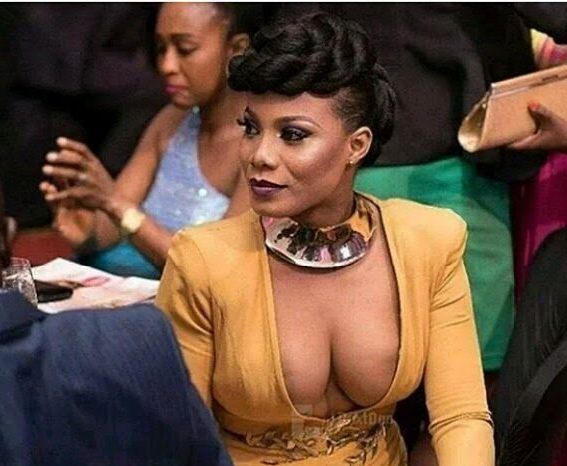 A Ghanaian actress, Zynell Zuh caused serious commotion recently after she attended an event showing her breasts almost popping out of the dress.
The actress who was criticised on social media for trying to be a bad example to many others. Her breast literally popped out of the dress as the dark region of the breast was easily visible.
Many people wondered what she had in mind while putting on the dress as it went out of hand. Many believe her dress sense of a matter of fashion gone wrong.
Ghanaian Actress Wears Dress Leaving Her Breasts Almost Popping Out (Photos) was last modified: July 3rd, 2017 by Arinze Ago

Why Low Sperm Count Is On The...