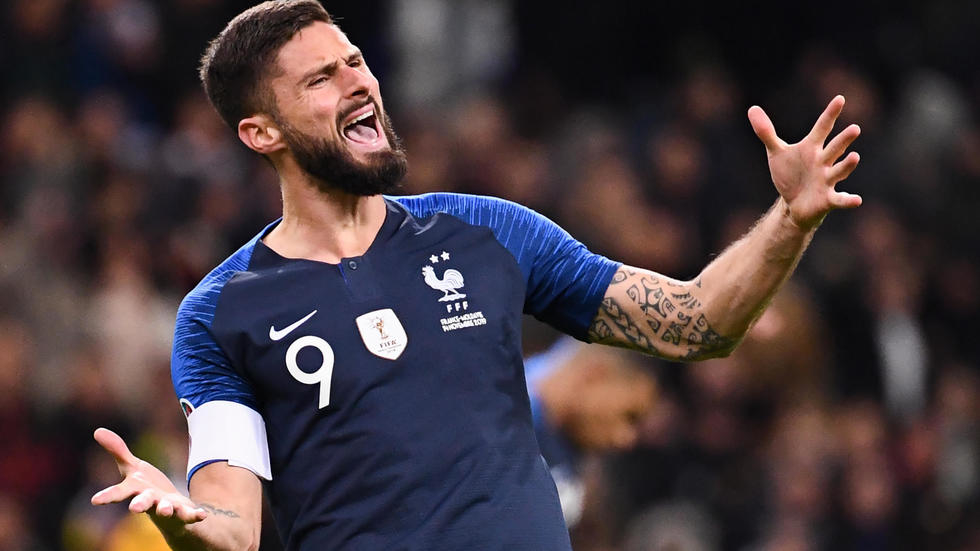 Chelsea striker Olivier Giroud scored the winner from the penalty spot as world champions France came from a goal down to beat Moldova in their Euro 2020 qualifier and move top of Group H.

France’s qualification was secured before kick-off, thanks to second-placed Turkey’s home draw with Iceland.

France’s Raphael Varane equalised before Giroud made it 2-1.

Didier Deschamps’ side travel to Albania for their final Euro 2020 qualifier on Sunday and will win the group as long as they avoid defeat, though they will still finish top if Turkey fail to get a result in Andorra on the same day.

Giroud came close on several occasions before putting away the penalty won by Everton defender Lucas Digne – striking wide in the first half before his diving header flew inches past the keeper’s right post.

The striker has now scored four goals in his last five internationals, despite netting just once for Chelsea this season, in the Uefa Super Cup defeat by Liverpool in August.