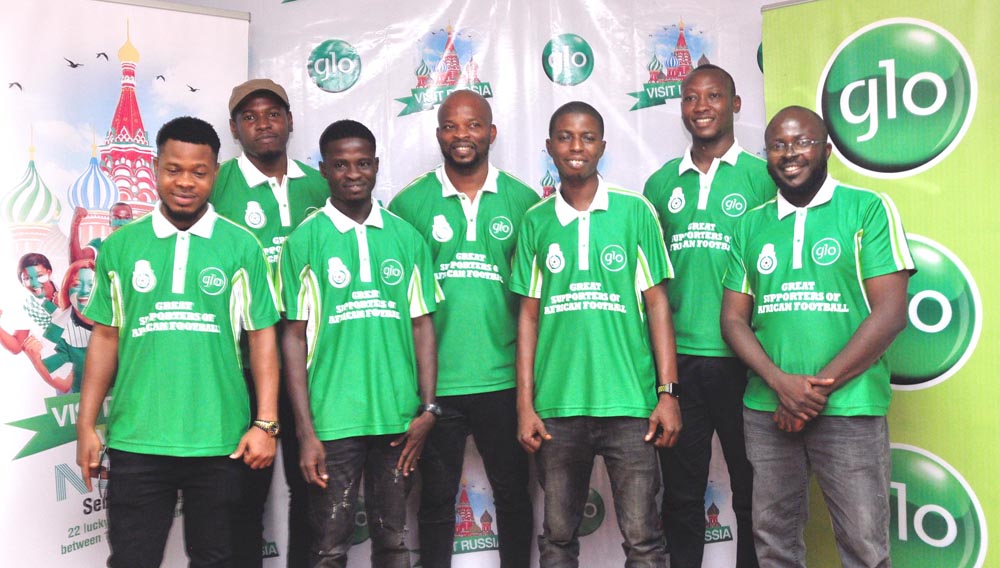 Football, not religion, is the contemporary opium of the people. The rate at which the young and the young at heart hug the screens whenever major soccer tournaments are taking place attests to this fact. When this natural affinity for the round leather game especially during a global congregation of soccer enthusiasts as the World Cup meets, the yearnings of average Nigerians to flee the country in the quest for greener pastures in other lands, begin to grow in their heart.

When telecommunications giant, Globacom, therefore announced its readiness, through the Go Russia promo,  to take 22 customers on an all-expense-paid trip to the Eastern Europe country of Russia to watch the just-concluded World Cup as part of its avenues towards appreciating and rewarding its esteemed loyal subscribers for their overwhelming patronage and support since the company rolled out 15 years ago, the excitement was beyond description.  It was visible and real.  It however doubled when the company revealed that all a subscriber needed to do to be eligible to go to Russia was to use N3,000on voice calls or a minimum of N5, 000 on voice and data to qualify for the draw. Incremental usage of N500 over N3, 000 for voice or N5, 000 for voice and data attracted an extra entry to the draw meaning that the more the airtime used by subscribers, the higher the chances of winning.

True to the network’s promise, draws were carried out and winners emerged from across the regions of the country. But of course, the winners found it too incredible to assimilate that they were achieving a major dream – enjoy the experience of travelling outside the country for the first time.  One of the winners even confessed that he could not stop pinching himself to be sure that he was neither building castles in the air nor in a fever-induced delusion until his feet touched the soil of Russia. 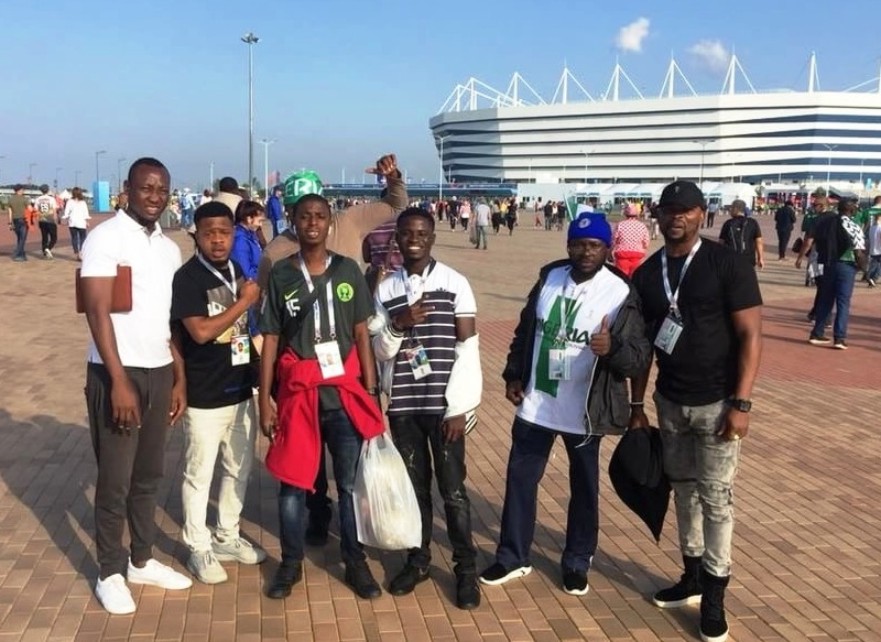 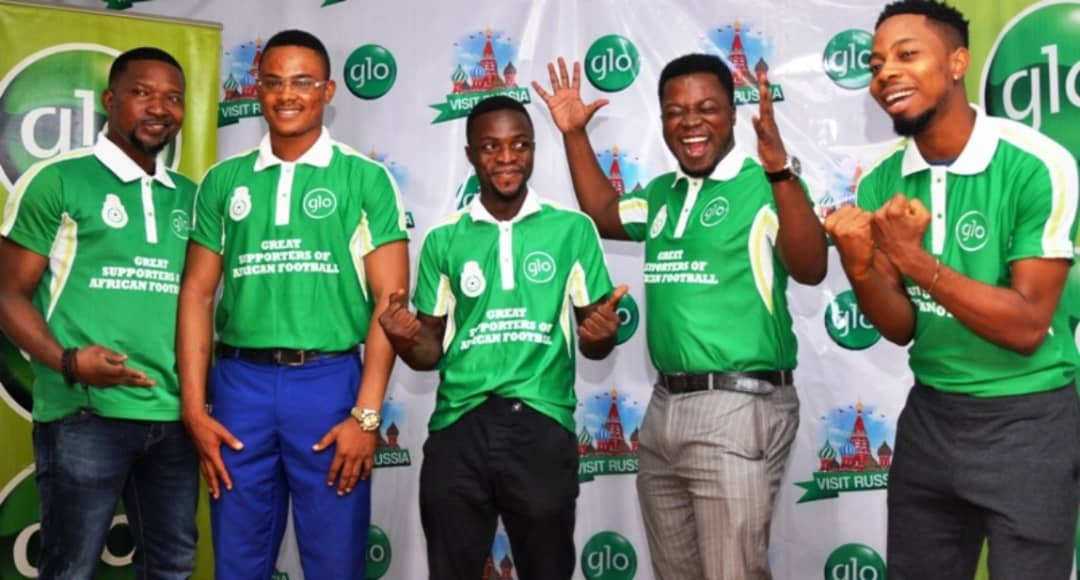 As he grinned from ear to ear at the welcome party which Globacomthrew upon their return, Orewasaid, “I enjoyed myself! Staying in Russia was fun. To travel to Russia with just three thousand naira? It is simply unbelievable! Even in my wildest dream, I did not imagine it. It is the grace of God. Sleeping in a deluxe hotel with a very big room to myself is a dream come true. If you are not using Gloyet, rush to get one and you can be a winner some day. People who say Russians are racists should banish that thought as they were very friendly. Anytime, any day, when they see a Nigerian, they are fascinated.  Some saw me put on green-white-green cap, they will say Nigerian? Please picture? Let me take picture with you.  It was fun!”

The second batch of winners  included Osagie Edwin Isiborfrom Benin City, MayowaIbeAkinbodefrom Ijaiyein Abeokuta, MuyideenOlayiwolaDisufrom IsaleEko, Maxwell Igwegbefrom Lugbe, Abuja, PopoolaAbdulrafiuOlaidefrom Ijebu Igbo and Ebube Benson Uzomafrom Imo State.  Unfortunately, Osagie Edwin Isiborcould not make the trip owing to ill-health. The other five winners left Lagos for Russia after a send-off ceremony on 23rd June.  For the next six days, Popoola Abdul RafiuOlajideand Ebube Benson Uzomasaid they got submerged in the kind of world class pomp and celebration that they had not experienced before.

“My experience in Russia was full of fun. I had a great time while there.  We went on boat cruising, watched a live match in the VIP suite where we enjoyed ourselves thoroughly, eating all kinds of food. We had a great time. Our meals were buffets! The hotels where we lodged were simply heavenly, exclusive and deluxe! I can never forget our boat cruise to St. Peters the Great and the museum. I cannot thank Gloenough. Thank you! Thank you!  Thank you, Glo!” Popoola gushed.

Uzoma, a basketball player and student of the University of Nigeria heartily recalled: “Our trip was very nice. I missed “Up NEPA”, those moments when you will be charging your phone or reading your book and the power goes off, as there was steady light and steady food. Whatever we wanted was provided. I was treated like the President‘s daughter. At a point, I even started purging because of too much  food!.”

The next set of new winners including Aseruoma Glory Aworiwofrom Delta State, AjayiOdunayo Felix from Oyo State, Ojokojo Ernest Paul from Delta State, IzuchukwuKizitoAlihfrom Enugu State and OladeleOluseyiAdetokunbofrom Osun State jetted out to Russia on 30th June and returned on the 4th of July, 2018 .

KizitoIzuchukwuAlihwho spoke the mind of other winners said, “The experience is too big to be described in mere words. We had fun. It was more than awesome. We are so, so grateful for the opportunity from Glo. I will never forget our visit to the Red Square, the stadium, the tube, the airport, the hotel where we stayed; in fact, everywhere in Moscow is so memorable men! The people we met, everything was good”. While expressing appreciation to Globacom, he added: “If not for Glo, how could I have gone on the trip?  Glo promos are real. You can see I am just coming back. You can see how fresh I am now”.

The last four winners were 40-year-old Chartered Accountant, NwarisiNsirim Sonny from Eche LG, Rivers State; MobolajiBolaji David, a 43-year-old motor dealer from Ilesha, Osun State; Akano Isaac, a 40-year-old Abuja-based Customs Officer and  Ojulari Peter, a 25-year-old  from Ilajein Ondo State.  They left the shores of Nigeria on  July 7 and described their six-day stay in Russia as “breathtaking and unforgettable”. The group was lucky to watch the England versus Columbia match as well as the semi- final match between Belgium and France, added to their visits to several monuments and historical sites.

Though all the winners may have couched their experiences in different flowery words, all of them were unanimous in their calls for prospective subscribers to join the network. “Nigerians who are not yet on the Glo network should quickly come on board to enjoy the wonders of a network that gives back to its customers”, they felicitously chorused.

Waje Singer talks about how she went through depression

WHY NOBODY WANTS TO PLAY AGAINST US-...