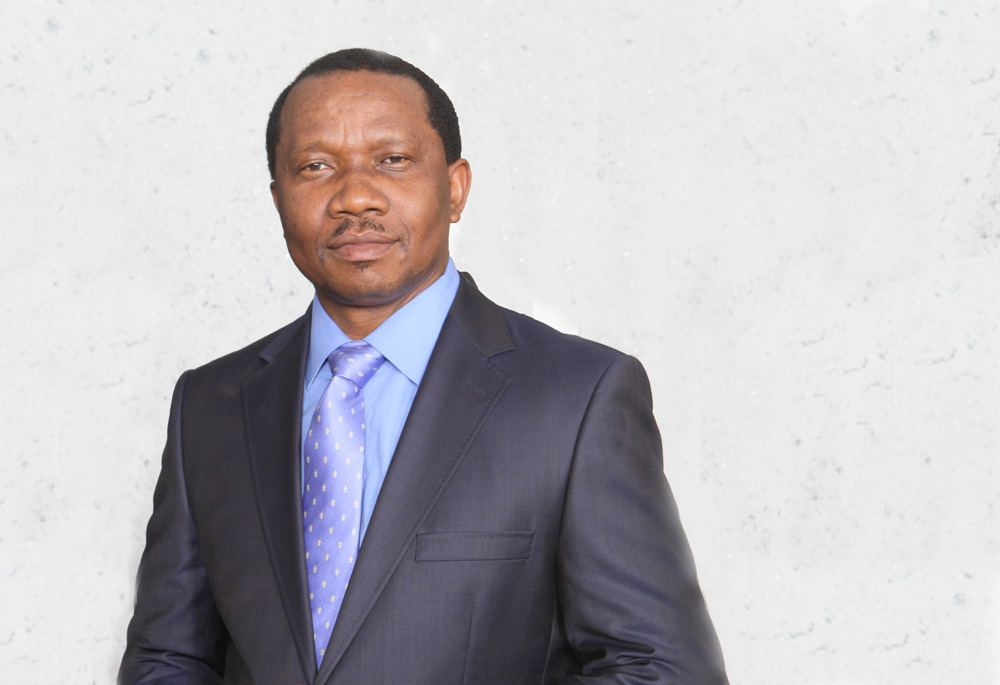 Not many people know that Sales & Marketing guru, Kola Oyeyemi is a Pastor. It took his recent 50th birthday celebration for many people to get to know that this handsome MTN topshot is not only a born again Christian, but also a man of God who pastors a fast growing church called Chapel Of Uncommon Grace that meets in Ikeja area of Lagos weekly.

How did Pastor Kola Oyeyemi  get called into the Ministry? Why didn’t he take it up fully? How he has been able to balance out his professional and spiritual calling, he was asked a few weeks ago by City People.

He said though it took him a while to answer the call, he got clear instructions from God not to leave his current job, but to combine the two callings. How did he get a clear picture of what he was supposed to do and how did he actualize it? How far back did he give fulfilment to his calling?

According to Pastor Oyeyemi, all of these comes from his relationship with God. “Many of us go to church, few of us have relationships with God” he says. “There are some people who are not very faithful churchgoers, but who have relationship with their God, but we should not forget what the Bible says. We should not forsake the gathering together of people of God. What is most important is, don’t just be a church-goer, have an ongoing relationship with your Maker, because then, he can commune with you. He can tell you things about your life. I will count myself privileged that I had that relationship and therefore I could have him tell me, this is where you are going to in life. It comes in Phases, line upon line. You don’t  get the full picture in one day. But it comes by tarrying in his presence, building a relationship with him, staying with him in his word, in prayers, and wait to get to understand what he is saying to you, a little picture here, and a little picture there until when everything comes together, in a full picture of where you are going too. That is No. 1. Number 2  is when you catch a Vision or you get a picture of where you are going to, you need to ask yourself what I call the 5 Ws and the H question. That is, What is it? When is it? Where is it? Who is it with? And Which area? And How do I go about it?

I say to people, until you get those questions, don’t jump. But sometimes out of exuberance, when you catch the vision you may mistakenly jump and say I think oh it is time to run”.

“I almost did. When I got my vision I was so excited. I was going to resign my job to go into full Ministry work, until God said No. Wait. Continue your job. That was in 1994. I sought counsel and they said hangon. You’ve not gotten your full picture. Go back and tarry a while, until you get a clear mandate from him. Unfortunately for me, by the time he was now telling me its time to start. I had gotten fully into corporate work and I was enjoying it. And I didn’t want to do it. So it took a lot of battle for me to finally say Yes Lord. I will do it. Even when I said Yes. I didn’t want to be a Pastor.  I loved the Church I was going. I loved my Bishop. That is Bishop David Oyedepo. He is my father in the faith. And I just didn’t want to leave the church but God told me in clear English: Its time to go. And I struggled with it for almost 2 years. When eventually I left, I didn’t go to start a church. Still I was just moving from church to church”.

“Each church I go, once I spend about 2 weeks there, they will say we think you should be in the Workers group or that group, I will say no, no, no and leave. Until eventually, when it became dangerous for me, that if I refuse to Obey, I could pay dearly for it. So I had to hands off at that point, I grudgingly gave in.

That was in 2003. Something strange happened. The Sunday that I sent messages to people that Ok finally I am saying Yes to the Lord, by next Sunday we are going to inaugurate the Ministry, between that Sunday night and Monday morning, my father was killed by assassins. And for me it was a major jolt. A lot of people said to me. No, no, no. You need to postpone this move in honour of your father, in memory of your father. But I said all these years when I refused to say Yes the devil didn’t strike. I said Yes and he struck. This taught me something that if I make the mistake of moving this thing forward again it won’t happen. But despite the fact that, I love my Dad, I love my family, we would still go ahead. A week after my fathers demise, the Ministry took off.

How many years now?

How easy was it, coming up with a name for your church?

Interestingly, God speaks to me in interesting ways. When he wants me to start something he gives me a name. He gave me the name, Overcomers Assembly, from day one. I struggled with it. We went to CAC to register it. They gave us provisional approval, and then, down the line, he told us to move where we were to Ikeja. We came to Ikeja from Surulere. One day, I was driving to the church, and the Lord said to me Uncommon Grace. I stopped and I said Lord what are you saying. He said your name has changed to Chapel of Uncommon Grace. I arrived there and I called the Lawyer. I said I am sorry, I know I gave you a name for the Church already, they’ve given you approval at the CAC, but God has given us a new name, Chapel of Uncommon Grace. He said Pastor there are so many churches with names starting with Chapel, they won’t approve it, bla, bla, bla. So, I said try, if they don’t approve it, we would go back to God.

A few days after, he called me back with some worried tone. He said I don’t know the kind of God you serve. He said they just called me now that they are no longer approving Overcomers Assembly. I said: are you Surprised? He said Yes, because its not normal. I said well, I told you our name has changed God saw ahead of you. He is the one. who made the change. He said but I am not sure they will accept this new one I said just file it.

He later called me back. I don’t know how it happened but it has been approved. I said I told you. God was the one who named the Church. He knows more than all of us.

He is more intelligent than all of us. That is how we came about that name, Chapel of Uncommon Grace.

How GOD Called Me Into The Ministry 14yrs Ago – MTN Topshot, Pastor KOLA OYEYEMI Gives A Gripping Account was last modified: February 27th, 2017 by Seye Kehinde

Life Has Taught Me That Knowledge Is More Important Than Money – Billionaire Businessman, JIMOH IBRAHIM