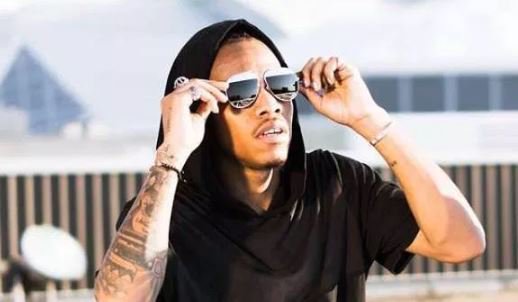 A tragedy was on Saturday averted as popular Nigerian singers and a comedian survived a plane crash.

The singers: Techno and Flavour, alongside Comedian Gordons were said to have escaped the crash on their way to Ghana.

This was disclosed in a video shared by Gordons on his Instagram page @Gordonsdberlusconi narrating how they survived the accident.

In the video, Gordons said the flight to Accra from Lagos developed a fault eight minutes into the trip.

Alongside the video, Gordons wrote: “My heart is overwhelmed with gratitude for what God did for me and my colleagues today. Help me praise him.

“God delivered me, Flavour, Tekno together with all their bandboys who flew with us from Lagos to Accra from a Plane crash.

“Eight minutes into our flight, the pilot announced that the plane developed a fault, we had to return to Lagos.

“We were hopeful and prayerful and we landed safely, help us thank God Nigerians.”

My heart is overwhelmed with gratitude for what God did for me and my colleagues today.help me praise him

A post shared by Blacksweetcappuccino (@gordonsdberlusconi) on Aug 25, 2018 at 10:46am PDT