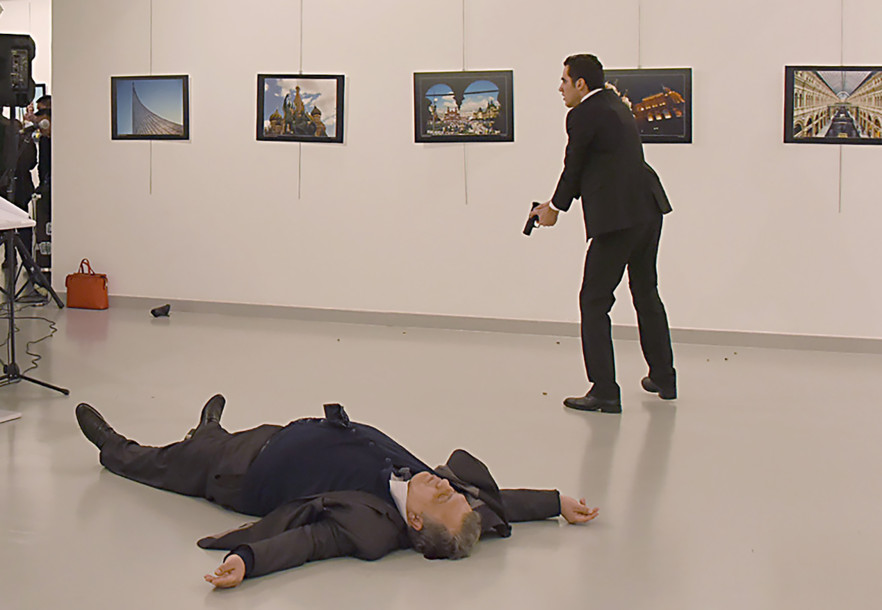 Russia’s ambassador to Turkey was killed Monday by a Turkish cop wearing a suit and tie who shouted “Allahu akbar!” during the opening of an art exhibit in the capital of Ankara, according to reports.

Andrey Karlov was shot while delivering a speech at the Cagdas Sanatlar Merkezi, an art exhibition hall in the Cankaya district of Ankara. He was killed on the eve of a key meeting among the Russian, Turkish and Iranian foreign ministers about the war in Syria, the Russian RIA news agency reported.

The gunman — whom the mayor of Ankara identified as a cop — may have also said “Aleppo” and “revenge” as he fired at least eight shots and smashed several of the photos on display, Agence France-Presse reported.

The gunman was shot dead by police shortly after the attack, the Anadolu news agency reported.

Three other people also were wounded, AFP reported, citing NTV and CNN-Turk TV stations. They were taken to Güven Hospital in central Ankara.

Footage released by Dutch news site nos.nl showed the gunman, who entered the gallery with a police ID, shouting, “Don’t forget Aleppo! Don’t forget Syria! As long as our brothers are not safe, you will not enjoy safety!

“Whoever has a share in this oppression will pay for it one by one,” he added. “Only death will take me away from here.”

According to Turkish media, the attacker let the guests out of the exhibition venue after he shot the diplomat and then engaged the police in a gun fight. Karlov has been transported to the hospital and but was declared dead some moment ago. 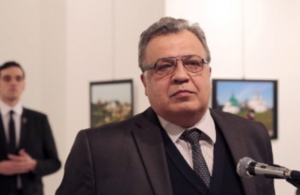 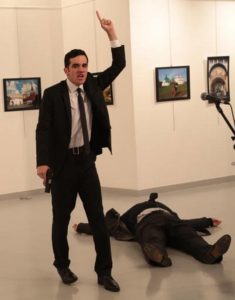 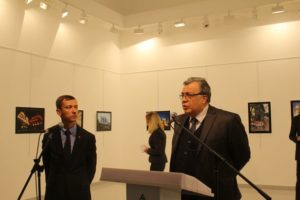 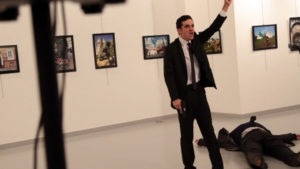 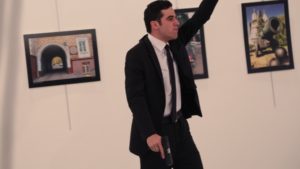 Hilarious: EFCC Comes For An Arsenal FC Fan In A Very Sarcastic Manner