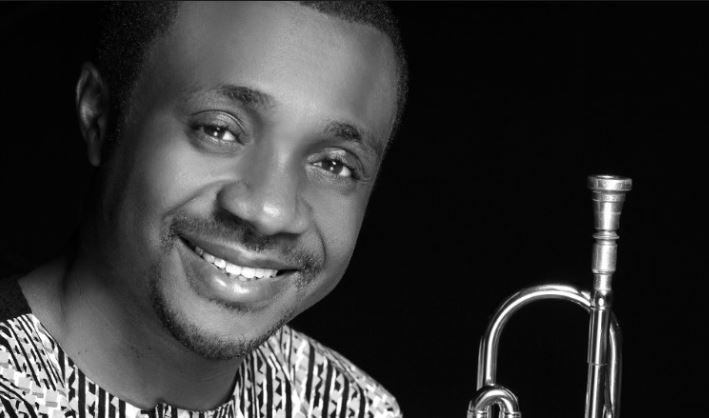 Nathaniel Bassey has proven to be a real game-changer with the success of the Hallelujah Challenge which has caught fire on Facebook and Instagram.

The Hallelujah Challenge is a brain child of gospel singer, Nathaniel Bassey. In essence, the singer streams an hour of praise and worship on his Instagram page and enjoins others to fellowship with him for an hour between 12am and 1am.
The one month programme caught on like wild fire and in no time, celebrities caught the bug. In less than a month, the programme has trended on Instagram and Twitter for days and it has over 600,000 views.
Read Also: “Halleluyah Challenge” goes viral with 50,000 live worshippers
As they say, there are two sides to a coin and while many have openly commended the initiative, some have come out to condemn it. For instance, social media influencer Joy Bewaji had a contrary opinion on the movement. On her Facebook wall, she wrote, “#HallelujahChallenge will succeed bigly in Nigeria. That’s a given. Not a miracle. Religion is the bedrock of our confidences and convictions. Reinhard Bonnke succeeded in the 90s with his exaggerated revivals in Nigeria. Adeboye succeeds every first Friday of the month, leaving travellers along Ibadan-expressway pulling out their hair (the irony of that situation: a god worshiping mission that makes people swear and curse in god’s name for hours of traffic they have to suffer just so a few can practise a religion). Christ Embassy succeeded on television. No ministry is yet to beat the hours dedicated to Oyakhilome’s theatrics. Religion succeeds in Nigeria. If I start a church today, it will succeed. Calling or no calling. Because we are not people given to anything apart from an obsession with things we cannot see or have any control over, whilst all that we see rot away and are destroyed by our innate corruption. This cute online revival will change nothing; even if we gather half the numbers in Nigeria to spread their faith on Third Mainland Bridge and cry out to God (apart from that good feeling that plasters your heart after belting out and sweating on a few hallelujah songs). This is the era of knowledge. We are not Israelites under Moses. Salvation has come. Jesus has come and died. What else do you want? We have had too many spiritual revolutions. What we need is a mental one. You cannot pray Nigeria to greatness. It is impossible for God to move in a country where we allow our police to discard rape cases with the wave of a hand, and our politicians rob us blindly. It is not up to God to save the rot in our educational institutions or fix the drainage on our roads. It’s up to us. And we can’t do any of that on our knees. We get shit done in 2017 by cerebral drudgery.”

When Saturday Beats reached out to the initiator of the challenge, he seemed unruffled by the attacks as he said that they were expected.
Bassey said, “The attacks and criticisms were expected. I was humbled when the attacks began. I read one of the attacks whereby I was placed side by side with my General Overseer, Pastor Adeboye, Chris Oyahkilome, Reinhard Bonnke and when they mentioned my name, I felt like one of the disciples in the bible who was so privileged to be flock for Christ. I was joyous. When you look at it, you realise that it is the story of life. Nothing of great repute happens without criticism and there is no innovator that has not been criticised. We celebrate Microsoft and Apple for their innovations but they faced criticism. Thomas Edison failed over 900 times when inventing the light bulb and he was called a failure and all manner of names but today, we celebrate his invention. I have read a lot of biography and there is absolutely no great man in history that has not been criticised. Let’s talk about the scripture, Abraham left everything and followed God and people thought he was crazy. Jesus, our Lord and saviour was criticised a lot and no one on earth has been criticised as much as Jesus Christ. What it does is that it puts us in good company. I am sure when Martin Luther King said he had a dream, people thought he was crazy. Criticism comes with our faith. I think with the way God works, all the criticism only helped the project grow because it made people curious. What the devil meant for evil worked to our favour. The criticism has actually done a great awareness for what we are doing.”
Gospel Singer, Nathaniel Bassey Tells Secret of Hallelujah Challenge Success was last modified: June 25th, 2017 by Arinze Ago