How I Got The Character Spiff In The Johnsons — Samuel Ajibola 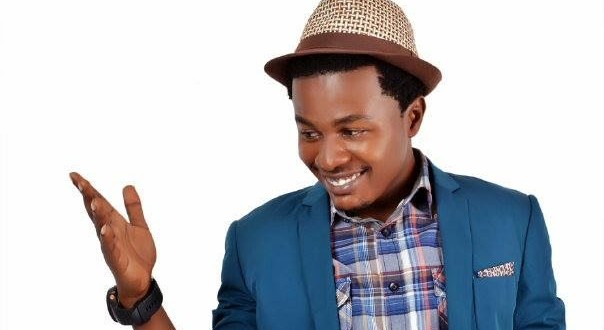 Ayedun-Ekiti born actor Samuel Ajibola also known as ‘’Spiff’’ in The Johnsons TV series has proven his mettle in the Nigerian Movie settings. Unknown to many he cut his career teeth many years ago as he  has been acting since age 5 and also got three awards as kid actor. Apart from featuring in TV series he has many stage plays and home videos to his credit.

The University Of Lagos Political science graduate has his eyes set out on his latest production,a short skit  ‘’Dele Issues’’ where he featured  Nigerian ex -president Chief Olusegun Obasanjo (GCON) Samuel Ajibola is also a film maker and a child right advocate in the country.

In this breathtaking interview with City people’s reporter FEMI FABUNMI, he opens up on his acting career among many other sundry issues. Read on

For the benefits  of those that do not know tell us about yourself?

Well I am Samuel Ajibola, an actor and someone that strives to be the best in everything I do. I am a graduate of Political Science, I graduated from UNILAG. I play about three instrument so by virtue of that you can also call me a musician.

You play the character ‘Spiff’ in the Johnsons series ,how did you come about that role?

The name was what the producers of the TV series penciled down for that particular character who is to play that role, somehow it happen to be me and what I did was to bring out my skills to play the role very nicely. From the training I got in the training school I was told to always play each role I get according to what it entails, I simply brought my talents to fit in the role and a lot of people appreciates that today.

How do you manage to demonstrate with your fingers like a disabled person in the series, were you told to inculcate that into the character too?

Apart from the Johnsons series what other soap have you featured in ?

I have featured in a whole lot, I was on Sugar,  The calabash , Paradise and few others. Most recently I have featured in another set called ‘’Dele Issues’’ this one is my own production and I feature Former president Olusegun Obasanjo in it.

You are popularly known for soaps, any plans to venture into home videos or even cinemas?

I have always done both just that I am well known for TV series.Truth is I have been doing films even before I started doing TV series.

You just bagged an award from Citypeople Magazine as the best comic actor of the year how does that make you feel?Seriously, I feel very humbled, I am grateful to God to be able to have such an achievement, I am encouraged to be better and be on top of my game.

You emerged  comic actor of the year , do you intend to churn more comedy films and series or would you like to diversify into non-comic roles?

Tell us about your family background?

I was born into the family of 6 mum and dad inclusive, I am the first child, I have 3  siblings my father is Lieutenant colonel A OAjibolaretd, My mum is an ex banker, I attended Army Children school, later I proceeded to Command Secondary school before entering the University of Lagos where I studied Political Science. I also posses a diploma in acting from the center for excellence in media study and I intend to study more.

Who gave you your first break in acting?

I was quite young then, I was aged 5, I got three awards as a kid actor, the one that gave me the biggest break is the D johnsons TV Series and I am very grateful to God. Has acting paid off for you?

It depends on how you look at it, but I must say acting has really paid off for me.

Many don’t know you are a yoruba person, any plans to feature in Yoruba movies?

My Yoruba is not so fluent but really don’t mind trying, I can speak fair enough. If a role or opportunity  come in yoruba I will gladly take it.

If you eventually get a role in yoruba would you converse in the language? Sure I would, Mole try e, oye kin le shey now (laughs)

What is the relationship between you and yoruba actors like?

I am from Ekiti state in Ikole local government, precisely I am from Ayedun-Ekiti. How did you get the role Spiff in the D Johnsons TV Series? I went for the audition of Tinsel in 2009, three years after I got a call for the auditioning of The Johnsons I went and got the role , from there I picked up and started doing things for myself.

Apart from acting what other things do you do?

I am film maker, I started my own production called Dele issues, I featured Ex President Obasanjo in it, I am also into humanitarian activities, I am a advocate for child education.

How I Got The Character Spiff In The Johnsons — Samuel Ajibola was last modified: December 22nd, 2017 by Femi Fabunmi

Mourinho ready to start Ibrahimovic as No 10 at Manchester United