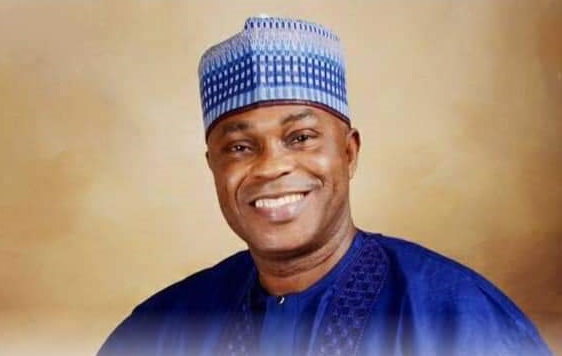 Governor Dapo Abiodun of Ogun State Wednesday congratulated former House of Representatives member, Hon. Abiodun Akinlade on his appointment as a Board member of the Federal Character Commission (FCC).

A statement by Governor Abiodun’s Chief Press Secretary, Mr Kunle Somorin described the appointment as a further validation of the worth, selflessness and people’s orientedness of Hon Akinlade.

“He has always been a man of the people and there’s no doubt that his choice by Mr. President resonates very well with our people”, the Governor was quoted as saying.

“Hon Akinlade is a square peg in a square hole. I have no doubt that he would acquit himself creditably, as he has always done.

“The record of his achievements in the parliament, his attraction of Federal Government projects and appointments to his constituency in particular and the State in general are enviable. I recall how he rallied support as the Deputy Director General of our Campaign Organisation during the last election and ensure our success at the polls”, Governor Abidoun reminisced.

Abiodun prayed for divine wisdom, understanding and knowledge from God to enable him succeed as the commissioner representing Ogun State at the FCC.

President Muhammadu Buhari on Tuesday approved the appointment of Hon Abiodun Isiaq Akimlade as the commissioner to represent Ogun State on the board of the Federal Character Commission (FCC).

A frontline member of All Progressives Congress in the State, Hon. Akinlade is a close ally of Gov. Abiodun and a leading voice in, and Baba Adinni of Yewaland.