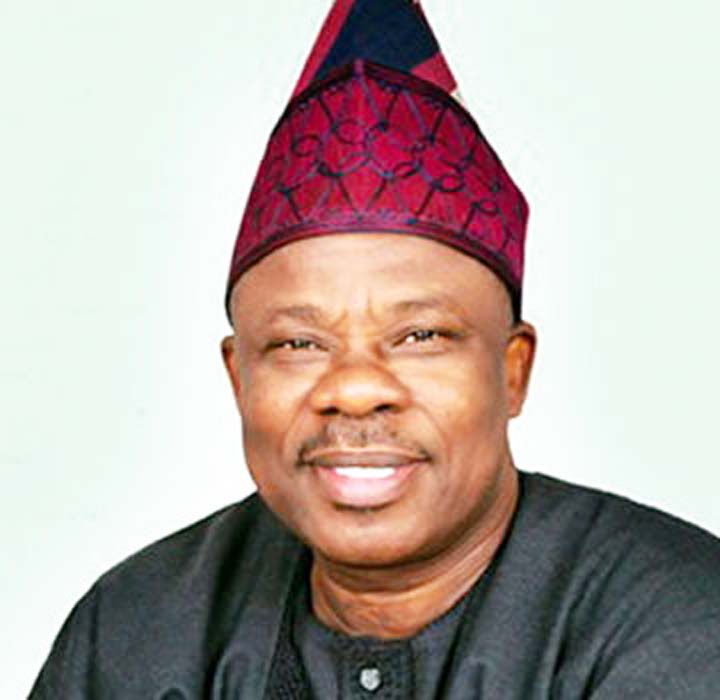 Ogun State Governor, Ibikunle Amosun, will not escape punishment for the embarrassment he caused the party during the presidential rally at the MKO Abiola Stadium, Kuto, Abeokuta, on Monday, The All Progressives Congress (APC) has announced.

Everyone was surprised after Amosun campaigned for both APC and the Allied People’s Movement (APM), the party of his anointed who did not get the APC governorship ticket.

But the high point was Adams Oshiomhole, National Chairman of the party and President Muhammadu Buhari being pelted by the crowd.

Bola Tinubu, National Leader of the party, was also videoed throwing the party’s flag away in annoyance.

The party has now announced that it intends to “review this gross misconduct of deliberately positioning thugs to attack and embarras the President and the party’s leadership”, and take a decision on this matter “immediately after the elections”.

“The All Progressives Congress (APC) regrets Monday’s premeditated attacks sponsored by Governor Ibikunle Amosun on President Muhammadu Buhari and other senior party leaders at the venue of the presidential campaign rally in Ogun State,” Mallam Lanre-Issa Onilu, National Publicity Secretary of the party, said in a statement.

“This is one act of indiscipline too many. The APC will not condone acts of indiscipline, indiscretion and anti-party activities from any party member no matter how highly placed.

“The party will review this gross misconduct of deliberately positioning thugs to attack and embarrass the President and the party’s leadership. The party will take a decision on this matter immediately after the elections.

“It must be stated that party supremacy and discipline according to our constitution are not matters of choice but binding principles which must be adhered to by ALL party members.

“The APC is a party known for discipline, justice, fairness and equality hence any plan to destroy what this party stands for would be rejected. No single person will be allowed to put his personal and selfish interests ahead of the wishes of the people of Ogun state and elsewhere.

“Post primaries, the decision of the National Working Committee to uphold the wishes of party members is unbendable. Therefore, whatever means being presently deployed by persons intending to undermine the wishes of the people for personal gains will not be tolerated.

“We urge our teeming party supporters and members not to be disturbed by Monday’s condemnable incident. We urge all to continue trooping out en masse for our remaining campaigns and vote massively for ALL and ONLY APC candidates in the forthcoming general elections.”

READ ALSO: JUST IN: COURT ORDERS BABACHIR TO BE REMANDED IN EFCC CUSTODY

Just In: Court Orders Babachir To Be Remanded In EFCC Custody

The allegory Of 2nd Niger Bridge –...