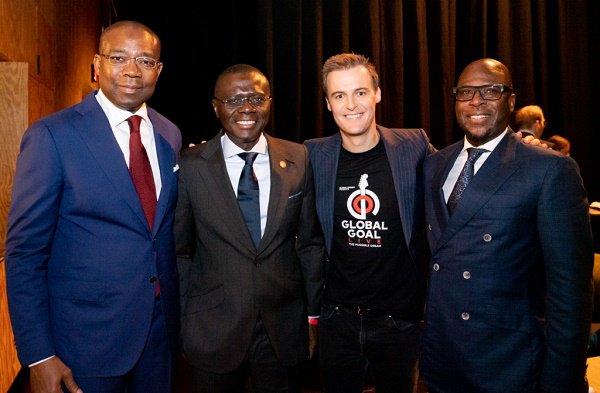 US singer and dancer, Usher Raymond, has been billed alongside Pharrell Williams and Shawn Mendes to visit Lagos for a performance at the 2020 Global Citizens Festival.

Chief executive officer of Global Citizen, Hugh Evans, announced this while speaking on the next year’s edition of the annual festival dedicated to projecting the voices of world leaders in the struggle to end extreme poverty.

Others who would also be performing at the event, which would witness a 10-hour global broadcast, and span a total of five continents, are D’banj, Tiwa Savage and Hold Space.

“The year 2019 festival will hold at the central park in New York, on Saturday,” he said.

“Leaders in music and entertainment who have signed on, to perform at the year 2020 Global Citizen Festival in Nigeria included: Usher Raymond, Pharell, D’banj, Tiwa Savage, Hold Space, Shawn Mendes, among other artistes.

“The 10-hour live event will be supported by Lagos State Government, in partnership with Live Nation and Delivered Production Services, made possible by Messrs Tunde Folawiyo and Mr Aigboje Aig-imoukhuede, who are co-chair of Global Citizen, Nigeria.”

Lagos governor, Babajide Sanwo-Olu, while speaking during an interactive session of global leaders, activists, and entertainers in New York, said the 2020 Global Citizen Festival would be hosted by the state government.

Sanwo-Olu said that the need to end extreme poverty by the year 2030, which was the aim of the Global Citizen Movement, should be embraced by every leader around the world.

“It is the beginning of greater things to happen to us as people from West Africa and indeed the entire African continent. I will encourage the Federal Government of Nigeria, to invite leaders from countries in Africa and around the world to grace the occasion.

“And as Governor of one of the 36 states in Nigeria, I will invite my colleagues to come and make commitments, on behalf of nearly one hundred million poorest of the poor people in Nigeria.”

What Has Kept My Marriage To YINKA...