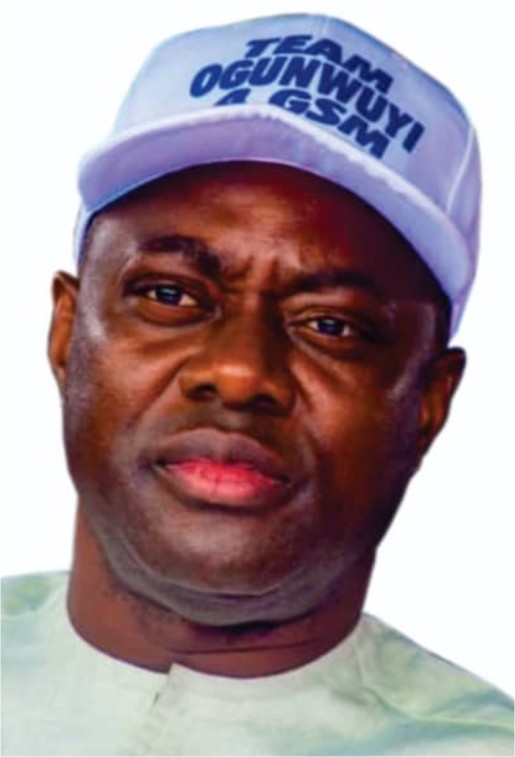 •As Some Key Party Members Are Working To Block Him

Supporters of the Oyo State Governor, Engineer Seyi Makinde, have started work on his second term ambition in a subtle way. They are not loud about the message for their principal’s desire for a second term, come the year 2023. It is, therefore, not a surprise that they have started what experts call a subliminal campaign to psyche up the PDP members to make the second term a possibility for Makinde by supporting the agenda.

They have signalled their resolve,  that it’s Makinde for a second term by serving notice through posters, fliers and campaign memorabilia, messages shouting from the rooftops that the winning horse, Makinde, has not shown any sign of weakness or tiredness, but he is as fit as a fiddle in his quest for continuity in office. The man, they claim it’s is waxing stronger by the day and as ready as ever. He should, therefore, be allowed, in 2023, to have a second shot at the office he now occupies.

The intra-party campaign has started in earnest, an insider revealed, to help consolidate and reinforce the strength of the party so as not to lose members as it has suffered in the recent past. Those who felt the rough edge of his governance have had to back out. Those who were dissatisfied with Makinde’s sharing formula of benefits among party faithful and believed that they were given the short end of the stick left in droves to seek their fortunes elsewhere on the political terrain.  Many prominent members of the PDP had left the party over what they called the intolerable style with which the governor has been running the administration of Oyo State. They alleged that the governor’s interpersonal relationship was distasteful, claiming it was hostile to their interests. There were loud complaints that Makinde, who rode on the backs of many governorship candidates of other political parties to the governor’s office in 2019 had elbowed out those who stepped down for him to prevent the then incumbent party, APC, from winning the race.

On this note, even the Governor’s office too was not immune to the disunity ravaging the PDP. The deputy governor could be said to be disgruntled over his difference with his boss over certain issues. High-handedness was alleged. The wooing of party members, City People learnt, was targeted at rallying a formidable force that could crush any other political party at the polls in 2023. Makinde’s camp believes that it could use the incumbency factor to its advantage. It knows, however, that it could not reap the maximal advantage of incumbency with a divided front.  Most of those who have governorship ambition in the PDP had been haunted out of the party. This, it was believed was the only path to make Makinde emerge as the big cock in the PDP that would not allow any other to crow.

Among those who teamed up with Makinde to ensure his victory in the 2019 governorship election in Oyo State are Chief Sarafa Ali, a lawyer and a prominent politician of note,  who has been itching to rule Oyo State for some time and, of course, Femi Lanlehin, popularly called SOLAN among supporters. The two men had left the PDP for the All Progressives Congress (APC). With Makinde as the Chef in the kitchen, the two men who have governorship ambition found the kitchen hot and defected to the APC.

That Makinde has consolidated his power and position as the leader of the PDP in Oyo State and by extension in the South-west geo-political zone of the country is not in doubt. In the recent convention of the leading national opposition party, PDP, Makinde succeeded in installing his loyalist, Chief Taofiki  Arapaja,  the national deputy chairman of the party. Arapaja, a former deputy governor of Oyo State, beat a former governor of Osun State Prince Olagunsoye Oyinlola, in the race to the deputy chairman’s seat of the party. As the only PDP governor in the South-West zone, Makinde has succeeded in displacing Ayodele Fayose, a former governor of Ekiti State, from the national leadership front of the party.  Thus, it is believed in the political circle that Makinde has become a prodigy that any political fry cannot dare in a challenge or contest for power in Oyo State.

Those who, however,  believed that the coast is clear for Makinde to pick the PDP’s ticket for the second term in 2023, are better advised to still look closely at a mushrooming faction still imminent in the Oyo state PDP. The faction, which boasts of a former deputy governor of Oyo State, Alhaji Gbolarumi Hasim, Olopoenia and an Alliance for Democracy (AD) ex-leader, Okunade of Ibadan North Local Council that has embarked massive mobilization of the PDP members especially the aggrieved ones to swell their ranks for the titanic contest which observers quickly asserted they might not win.

Makinde, it should be noted is used to going it alone when political itinerary becomes rough and tough. The man, who started his political journey when he contested a senatorial seat was later to jump-start a political journey that later saw him in the Social  Democratic Party (SDP) in the 2015 general elections as the SDP’s candidate. Though he lost to the APC’s candidate, the Late Isiaka  Ajimobi, but Makinde did what was regarded spectacular. It is on record that the man, who left the PDP when he felt his interests were threatened, single-handed bankrolled the campaign of most if not all SDP candidates in the 2015 general elections, From that moment, there was no need for  Makinde to assert his leadership of the SDP. With such a huge, intimidating war chest, that Makinde’s return to the PDP as the year 2019 general elections were imminent was a game-changer. Earlier, stakeholders in the PDP such as the Osi Olubadan, High Chief Rasidi Ladoja, and many of his supporters had to leave the PDP for the Zenith Labour Party over what they regarded unacceptable manoeuvring of Makinde. Suddenly, to the surprise of observers, a twist of the political tide in Oyo State ignited a new resolve to go into a formidable alliance with Makinde if the ruling party in the state, APC,  was to be defeated

At that point, the dictum that says there is no permanent foe or friend in politics came to the fore. That was how most governorship candidates of the other parties agreed to step down for Makinde and as expected, he coasted home to victory with ease. With the hostility and reconciliation that had transpired on the political terrain of Oyo State, especially among major stakeholders, it’s too early to say if the consolidation of the hold on the PDP  by scaring away potential aspirants would win Makinde the 2023 governorship election.

READ ALSO: HOW I GOT MY BIG BREAK IN ACTING – MOVIE STAR, ALESH ONILEGBALE