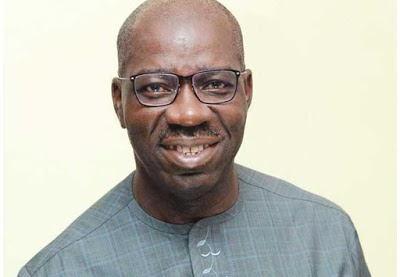 Edo state governor, Godwin Obaseki, says that the Edo state government house is not a bank where people can walk in to collect money. Obaseki said this when he received a delegation of APC Edo state women members at the state house in Benin city yesterday.

He said he is in office to work for the people and fulfill the purpose God brought him into office for.

“Government house is not where you come to make money, but where you come to serve. According to him, I don’t have money to give anybody. The money I have is to work for the people. I can create money going by my experience as an investment banker. I can organise things and people must be ready to work. We should prioritise and cut waste because our biggest problem is waste. ‘God chose me for a purpose to change things at this time and politics of money and sharing is not possible’’he said