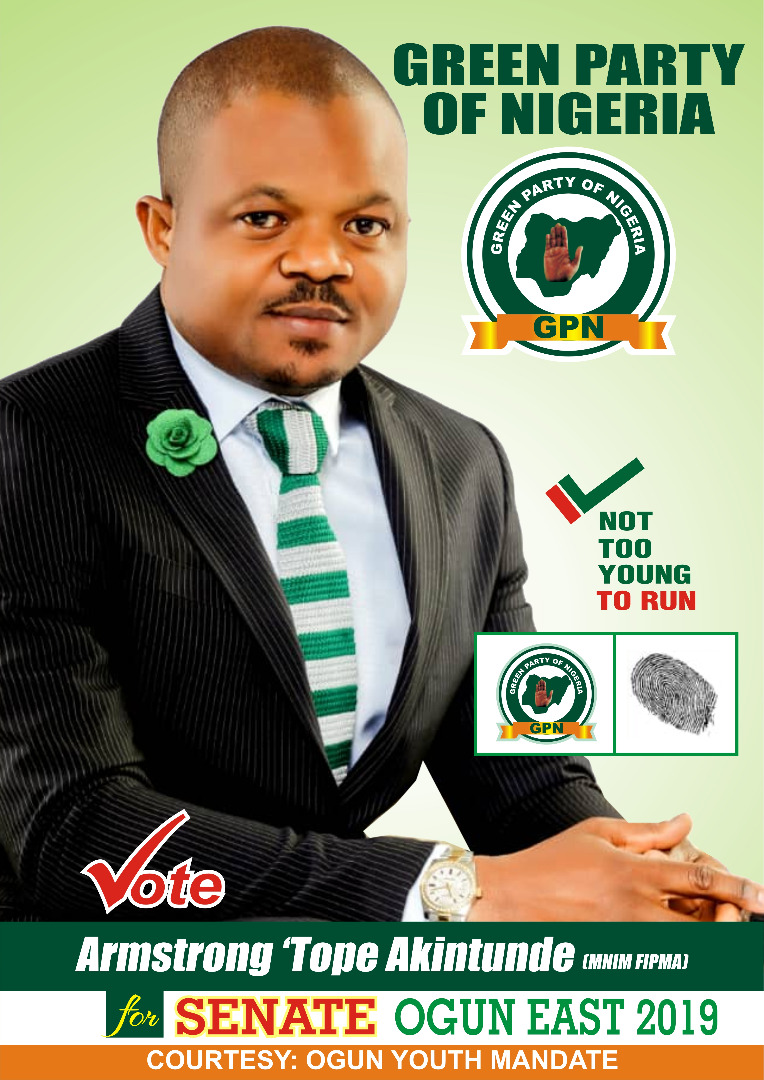 After successfully touring all the 11 wards in Ijebu Ode, Ogun State, the campaign train of Armstrong Akintunde, Ogun East Senatorial Candidate on the platform of the Green Party of Nigeria ( GPN) berthed at Waterside.
Upon arrival,Akintunde’s entourage was greeted with a rousing welcome as party supporters, well wishers, students, Obas, artisans all joined the campaign train to support Akintunde who they referred to as their son for his humanitarian gesture over the years before he joined politics.

The road show came to an end when Akintunde and his team walked and dished out gifts to indigenes, ranging from school kits with the inscription “Armstrong Akintunde GPN” among other souvenirs

While addressing his teeming supporters at different fora, Akintunde thanked the party elders and supporters for the faith they have in the GPN and admonished them to work assiduously for the emergence of all the candidates of the GPN at all elective levels in the state come 2019.

” With your vote for me, Ogun East Senatorial District would be great.There would be access to quality infrastructural development and I would also create feedback mechanism channels where I’d be able to interface with my people at all times.

“That way,they would be able to know the goings-on in the hallowed chambers and how policies and programmes affect them, ” he said.

Furthermore, Akintunde re empahsized not to be a Lagos-based politician as he would always sponsor bills based on his constituency’s needs.

Some of the Obas, community leaders and artisans who spoke during the campaign said they would want Akintunde and the GPN to help work on dilapidated infrastructure within the district such as schools, roads and pledged to work for the victory of all GPN candidates in the forthcoming election.