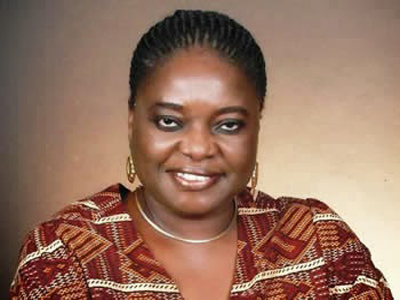 For any activity in any area of human endeavour around the world to reach 50 years of existence is worthy of celebration. And so, it was for frontline citadel of learning in Lagos State, Grace Schools which reached 50 years of academic excellence recently. The management of the school under the leadership of the school’s administrator, Mrs. Iyiola Olatokunbo Edun put together week-long activities to mark the golden jubilee in grand style. The celebration which started on Monday, 8th January, 2018, through Saturday, 13th January, 2018, was one to remember for everyone that had the privilege of attending as no expense was spared by the organizers.

The first day of the event started at the school hall at Plot 241, Ajidagan Street, Gbagada, Lagos, where an Anniversary Service kicked off the chain of events for the day. And that was followed with Exhibition before Anniversary Lecture began. The lecture titled “Private Education: Sustainability In The Next 50 Years,” was eloquently delivered by a Professor Emeritus, and immediate past Vice Chancellor of University of Lagos, Professor Rahaman A. Bello. The erudite scholar who came with a mini book containing his lecture did justice to the topic during the time allotted to him.

The Professor who revealed that he had 3 of his grandchildren schooling at Grace Schools broke the topic down into different parts; from Introduction to Historical Background, to Roles/Impact of Private Education to Status of Primary and Secondary Education to Future of Private Education and then to Conclusion. It was a veritable scholarly delivery from him as he used graphs and charts to visually illustrate his narratives to the extent that everyone in the audience flowed with frequency of his lectures while it lasted.

The lecture was followed with Unveiling of Deaconess Oshinowo’s Bust Statue outside the school hall which was conducted by the Permanent Secretary, Ministry of Education, Mrs. Lola Are Adegbite, who represented the Lagos State Deputy Governor, Dr. Idiat Ranti Adebule at the event. After that exercise, continuation of the activities for the day returned to the hall where a video documentary on 50 years of Grace Schools was transmitted on all the plasma television screens hoisted at strategic areas in the hall. Thunderous applause greeted the conclusion of the short documentary before the event again, took a section of the attendees out to an office in the school where a special exercise tagged: Time Capsule was carried out. The event for the day finally culminated in sumptuous meals for everyone before guests began to take their leave.

The second day of the golden jubilee celebration witnessed Alumni Day and CSR where a good number of old students from the school gathered at the school hall to celebrate their alma matter in their own special way. And in continuation of the week-long ceremony, the 3rd day, Wednesday, 10th January had School Concert and a drama on the Life and Time of Late Deaconess Grace Bisola Osinowo, the founder of the school, at the school hall. The 4th day witnessed Novelty Match Community Primary Schools, GHS JSS1 vs Grade 5 & 6, Alumni + Parents vs GCS Staff, and other sporting activities like Basketball and Swimming (GHS pupils) all at the school field. The 5th day was for Children’s party (GCS & GHS) at the school premises.

The grand finale of all the events was slated for Saturday, 13th January, and the day started with Thanksgiving Service at Methodist Church of the Trinity, Tinubu, where men of God led the management and staff of the school in praise and worship for the grace of God over Grace Schools in the past 50 years. After the fervent prayers and worship at the Church, the event transited to Havilah Event Centre, Victoria Island, Chief Yesufu Abiodun Oniru Road, Yesufu Abiodun Way, Maroko, Lagos, for the mother of all receptions since the series of activities started days before. The reception was scheduled to begin by 4 P.M. and to serenade those who arrived before the time, The Pleasant Band was on hand. And the live band led by a talented young man called Segun Johnson, lived up to expectation throughout their electrifying performance.

The event proper started with top stand-up comedian, Koffi Idowu Nuel, as the anchor person. The versatile comic act who is also a singer was quite up to the task of the day as he ensured that he cracked the ribs of everyone in attendance, as he navigated the course of the event. There was a special documentary titled: “Grace School Ride” which was based on the story and mileage the school had covered in its existence. That was shown on all the screens in the expansive hall. Shortly after the documentary, Grace Schools’ Chaplain, Pastor Jackson, took the opening prayer and put everything at the event into the hands of God.

Right after that, the Schools’ Administrator took her speech in which after she welcomed everyone warmly, she hinted that a Compendium which has a list of 13,000 students who had passed through the school, would be launched. After her, Mr. Dewunmi Ogunsanya, was the Chief Launcher and indeed, an alumnus spoke and he said he was delighted to have been chosen for the responsibility given to him at the event. The man introduced as the Chairman of Multichoice, Nigeria, added that he was proud to be product of the school before ending his brief address. By the time he ended his address, the Chairman of the occasion, Senator Rabiu Kwankwanso, had stepped in, and he was invited to the stage for his address after Mr. Dewunmi’s. The former governor of Kano State said the moment was a time to remember the late founder of the school and time for the people to reflect and create legacies they could be remembered for too. He congratulated the schools’ administrator for keeping the light on years after. He ended his address by thanking all those who found him worthy of being the Chairman of the occasion

There was a choreography performance by the Grace Schools’ Choir before the said Compendium was generously launched by some of the special guests at the event. And right after the launching, it was time for awards presentation. The presentation was divided into 3 main categories and it included the one for Long Service Award for : Mr. Olaleye Sikiru O, Mr. Ogunwo Steve, Mr. Olubodun Taiwo, Mr. Ibe John Ndubuisi, Mrs. Olajide Saudat, Mr. Durojaiye Nojeem, Mr. Ackah Joseph Kojo, Mrs. Agidi Victoria, Mrs. Awodoye Olufunke, Mr. Sule Hassan Alli and Mr. Okolo Chukwuka.

The next set was for Meritorious Service Award (Grace Children School) which went to: Mr. Asamoah, Mrs. B.A. Abegunde, Miss S.O. Akhile, Mr. O. Abayomi, Mr. A.A. Aninfeng, Mrs. E.A. Abatan and Queen E.A. Anyasi. The last set was for Meritorious Service Award (Grace High School) and went to: Mr. E. Adegoke, Mrs. F.F. Ojo, Dr. (Mrs) P.N. Emeri and Mr. Imoniakemu. All the awards were presented by Senator Rabiu Kwankwanso. There was cutting of the beautiful anniversary cake afterwards as the MC spelt: F-I-F-T-Y and Senator Kwankwanso was presented with Awards of Excellence for his tremendous contributions to nation building and education by Grace Schools before he finally returned to his seat.

There was also a set of awards for parents in different categories before guests were treated to bountiful meals for the rest of the event. And some of dignitaries who made their presence felt at the event and are worthy of mentioning for the umpteenth time were: Senator Rabiu Musa Kwankwanso who was the Chairman of the occasion, Chief Adewunmi Ogunsanya SAN, who was the Chief Launcher and made an extremely generous donation and Mr. Akin George Taylor who was the Co-launcher. Others in attendance at the earlier reported Church Service and the Compendium/Award Ceremony were members of APEN (Association of Private Educators in Nigeria) and were Dr. Femi Ogunsanya, Mrs. Lai Koiki, Dr. Maggi Ibru, Mrs. Bunmi Egbeyemi, Mrs. Nike Okudoh, Lady Gbemi Smith, Mr. Tokunbo Doregos, Mrs. Jola Alokolaro and Mrs. Funke Amber Fowler.

Do You Know Eating Agbalumo Is Good For You?

LASG Offers Over 73 Hectares Of Prime LEKKI Plots For SALE!