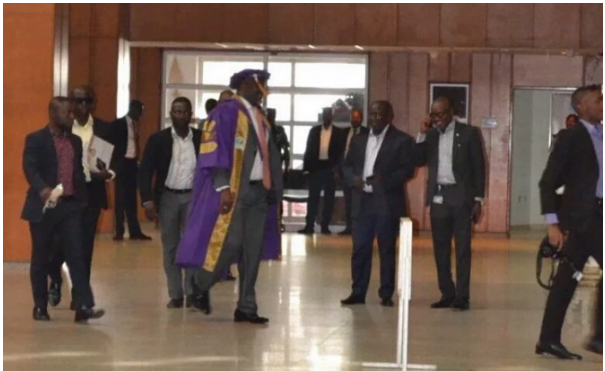 The senator representing Kogi west, Dino Melaye, on Tuesday attended the senate plenary session dawning his academic gown.
Melaye had on Monday been cleared by the senate committee on ethics and privileges over his certificate controversy 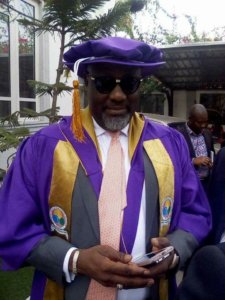 Ibrahim Garba, vice-chancellor of Ahmadu Bello University, Zaria, informed the committee that Melaye was a graduate of the school.
“From the records, distinguished senator Dino Melaye graduated as Daniel Jonah Melaye during the 3rd semester with a 3rd class degree,” Garba had said.
Subsequently, the senator released a video where he danced and sang to celebrate the confirmation of his university attendance and graduation.