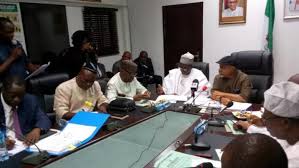 The long battle between ASUU and the federal goverment may have just been put to rest, Nationwide Strike has been suspended after three months of industrial action.

The National President of the union, Professor Biodun Ogunyemi, announced this on Thursday during a press briefing at the Nigeria Labour Congress complex in Abuja.

The striking lecturers took the decision after a meeting with representatives of the Federal Government led by the Minister of Labour and Employment, Senator Chris Ngige.

TVC has earlier reported that, the federal government and the striking University teachers have finally signed an agreement, raising hope of an end to the three months old strike.

The meeting came hours before Professor Ogunyemi announced the decision of ASUU to suspend the strike.