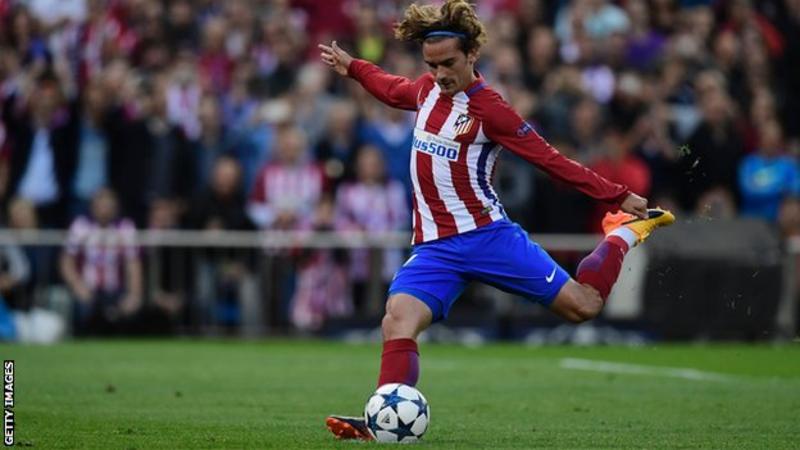 Diego Simeone said out-of-form star Antoine Griezmann needs the support of Atletico Madrid and their fans amid his eight-game streak without a goal.

Griezmann was jeered by his own supporters as he fired another blank in Atletico’s scoreless stalemate against city rivals and La Liga champions Real Madrid last week.

Linked with a big-money move to Manchester United in the off-season, Griezmann has not scored since September 27, while he has only tallied three goals in all competitions this term – two of those in 10 La Liga appearances.

Simeone defended Griezmann – who revealed a transfer to United is a “possibility” in his autobiography – following the Madrid derby and the Atletico head coach rallied behind the France international again ahead of Wednesday’s Champions League showdown with Roma.

“Antoine is worried and it’s normal because he wants to show us his best version and he need to score for that,” Simeone told reporters during his pre-match news conference.

“It’s also true that he did a great job in a lot of matches even if he didn’t score but he had a great relationship with goals in the last year, so now that he’s not scoring he’s suffering and so does the team.

“Also, the fans get angry because he has been our top scorer in the last season’s, the kid has everything, he’s an awesome player, from our side we know that we just need to support him. Giving him the opportunity to play and trusting him because he’s a player with the goal in the blood so he will naturally find his way back to it.”