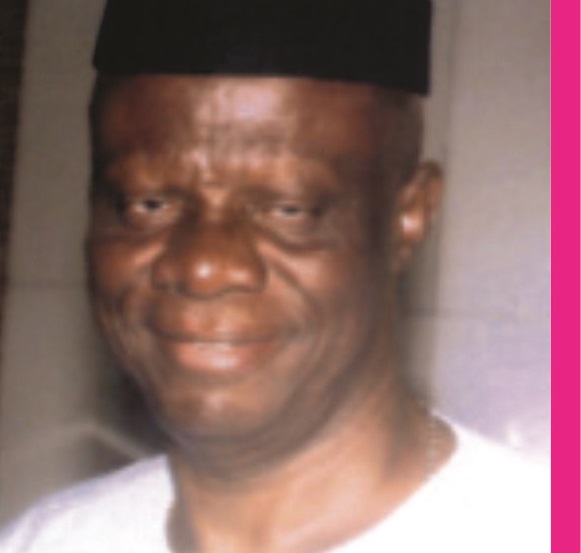 The current frenzy of the growing Mall culture is quite a phenomenon. Since the debut of Palms Mall in Oniru, Victoria Island, Lagos, one of the South African business cultures planted in our country some ten years ago, the internet and cell phone culture that propelled our analogue economy into digital since 2002, things went viral and grew.

As our economy arrived on 21st century platform, it had gone wide and wild but how wise? The first sets of South African malls were very successful, because they came with inbuilt  traffic generators, or foot falls, games, film houses and most especially the Shoprite chains of retail shops were very, very successful .The success rate was phenomenal. Like most businesses from South Africa in the last fifteen years, they all went back home reaping bountifully and turned us to mere spectators and envious, save for few local investors who managed to smile to the banks..

However, the feat is yet to be replicated locally, either in sales or duplication, but thanks to the pioneering efforts of two distinguished Nigerians, Senator Ben Murray Bruce and Prince Ebeano who have carved a niche in our neighborhoods. Nigerians are usually copycats; we are very good at imitating in every sphere of business, hardly original and often poorly managed whether. We are never original in most things nor thorough in our planning, negating potential details for fanciful choices, rather than facts and figures. It was easier for a camel to pass through the needle’s eye than to secure a space in Palms Shopping Mall, Shoprite, their major tenant that guarantees foot falls, became so successful it has now become the generic name for shopping malls in Nigeria. Mall and  shopping complexes are indeed Western culture, introduced to Nigeria from South Africa and it completely changed our traditional  shopping cultures and the socializing culture became infectious with us.

Remember the Galleria Mall, Mega Plaza? They debuted first and they grew very successful overnight and it was contagious; they steadily grew copycats all over until the bubbles were busted lately. The phenomenon crashed but not until every building in Lekki Phase 1 and other neighbourhoods got converted to serve the growing needs of affluent residences with no shopping spaces in the master plan. Now, all are reeling in the failed state of an economy in the throe of recession. No! It feels more like depression actually, nationwide. Now, the fallout is an intractable feud between landlords, tenants and other collateral damages ensued in the chain of demands and supply, for obvious reasons. Why? A blame game syndrome is on!

The South African Malls were built on syndicated foreign funds with very stringent and demanding built-in surveys, measures and due diligent processing with absolutely no room for sentiments. Success in retail was a prime ace. We are talking hard earned foreign currency here, folks. Repaying funds with heavy interest loans leaves no room for upstarts in such big economic affairs of dime and dollars. The number of rejected applicants jostling for spaces were incredibly very high and the built-in safety net for failed enterprises were full-proof and insured. No sentiments, you failed, their built-in safety net sent you packing!

Then local developers and investors moved in to fill the gaps. But wait till you hear stories on local efforts; cantankerous, pedestrian, parochial  and pathetic.

“The more civilized Nigerians are, the worst tenants they make,” cautioned Jide Ashuma, my great aburo who freely gave me advice. He was the pioneering general manager of the Galleria facilities. “Sir, don’t take affluent tenants” It’s the landlords to blame always, right or wrong,” he warned. Whereas, if well situated, the blame is all on poor business planning, ungrounded and poorly researched business dreams, but trust Nigerians, they are never guilty; the ‘greedy’ landlords are to blame always. Even, when landlords too are groaning in heavily taxed loan obtained to build the apartment.

In 2007, I alerted the Lagos State Government that, Lekki Phase 1 would outgrow its residential status and that Lekki Phase 1 was the new downtown in  Lagos State and would be serving the Lekki-Epe axis of the most rapidly developing construction sites  in the world. from Mobil House at Oniru to Epe. Hundreds of developments and estates were springing up in dizzying pace and that it would definitely outgrow the high streets shopping culture. Lekki is a town, not an estate, in fact there are several estates  inside Lekki Phase 1.

The vision of the construction of Aja Toll road and Ikoyi link bridge added to the growing commercial demands, all these conspired to create unprecedented growth. The equation completely changed forever. Great foresight on the part of Lagos State governments, spanning three administrations. Ambode is topping the ante in infrastructures, particularly on boulevards and steady power supply. He is growing and focused on hi-streets, and nightlife is coming back. Ambode has reined in the incessant local government harassments and double taxation. This is in the best interests of all stakeholders. Kudos.

In 1993, I bought my corner piece land in Lekki Phase 1 on the only High Street, linking First Gate to Second Gate on the master plan. Bisola Durosimi-Etti, now Paul Osaji, a respected estate valuer, confirmed my request for a corner piece land on high street in Lekki Phase 1. He is my living witness. I rejected few other lands he offered me deep inside the estate; even on Admiralty Road, I was offered land but I refused. My good friends, Messers Folli Adeoye And Kayode Aderinokun, had cautioned specifically; “Goke, it will make a difference in your retirement, Lekki Phase 1 is the place to be.” I was shopping for a higher ground plaza headquarters in Ikeja then, when they saw my drawings, they countered and counseled me wisely.

I paid a whopping 900, 000 naira in 1993! The original allottee of my lands in Lekki Phase 1 had paid 30,000 naira with all levies paid up to date. Thirty thousand naira in 1983! Then, lands were allocated for between 15, 20, 28 and 30, 000 naira and the biggest plot went for around 35,000 naira. The then governor of Lagos State, Alhaji Lateef Jakande, did the magic, surely with the middle class in mind. It was considered then a very hopeless investment with no infrastructure but we took the risks to invest. That has now paid off.

There are no magic wands in recession times than raw, hard processed thinking. Before you venture into shopping malls; to build, to retrofit or to let out, be very careful. There is a massive glut in spaces to let and let-out spaces are in deep recession in the continuously growing mega Lagos. Don’t be fooled by glittering edifices and Hollywood showcases. Your landlord is no miracle maker, he has bills to pay. There is acute shortage of foot falls in malls these days. An average family can’t make ends meet today. These are the times of bare necessities and not luxury of wants, and inconsequential  goods and services are waning in our vainglorious society.

Most malls in Lekki Phase 1 and more are still being built; not to worry, the state government will reap bountifully tomorrow but should consider tax holidays. Most of such investments are all in limbo. No sales nor patronages. Caveat emptor, be warned!

Running malls on generator and very high ‘NEPA’ tariffs, taxation and other services create nothing but enmity these days of our recessed economy. Nigerians are hateful of service charge culture. This is the worst time to covet a new business; it could perish your hard earned capital faster than anticipated .The gestation period in malls these days is minimally.

The growing lounge crazy culture is in now, in every nook and corner of Lekki Phase 1.There used to be in the good old days a novel business created as a traffic generator for my upper-crust furniture business, Headmasters Salon. Only few others in Lagos State then that you could count on the tips of your fingers. Today, there are millions of salons nationwide. No more quick money and quick fixes.

In 1990, when Headmasters Salon debuted on Allen Avenue, Ikeja, Lagos, haircut elsewhere was charged for between 2 and 5 naira and we debuted at 10 to 50 naira. A bag of cement then was selling for between 2 and 3 naira. In the first six months, we stabilized at between 50 and 100 naira for haircut. A bag of cement was still steadied at 5 naira. Now, a bag of cement is sold for close to three thousand naira! Yet thousands are in the business of beauty salons and haircut at a cost between 500 and 2,500 naira yet none can buy a bag of cement! Economic hard realities, you should know in simple logic. Blame not your landlords; curse not your stars but the economy and then your lazy mind projections and wishful thinking.

The bitter truth and questions to ask in new ventures today; are you trying to impress your family and friends or venturing into unfamiliar waters which will drown your savings and burrowed funds in multiple taxation, in a government consolidated fund drives, leaving you writhing in pains, debts and regrets?

If you fail to plan, you will fail miserably in any mall. Your first tenants might be your last card. So, don’t touch that dial, they hardly renew.

Caveat Emptor. My Christmas present to all and sundry. Merry Christmas.