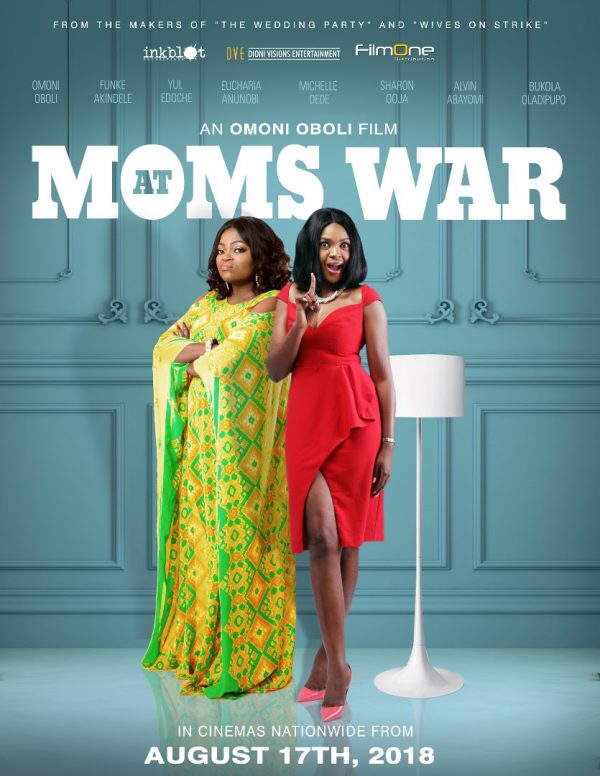 Nollywood filmmaker and star actress, Omoni Oboli, has revealed that growing up in a broken home inspired her to direct and star in ‘Moms at War’.

The 40-year-old charming looking workaholic, at the premiere of the movie on Sunday, shared that she chose the film in order to honour her late mother.

“I decided I was going to direct the film because I wanted to use this film to honour my mother,” the ‘Wives on Strike’ actress said.

“My mother had two kids. She broke up with my father when we were little. I didn’t even know my parents together. I was a baby when they broke up.

“So essentially, she lived for us. My sister and I. When a woman lives for her kids, she’s ready to do anything and everything for those kids. She goes to war for them every day.

“So I thought, what better film to honour this woman’s memory than this movie.”

Oboli also said she wrote the story for every film she has made before ‘Moms at War’.

“‘Moms at War’ is different. First of all, I didn’t write this one,” she said. “Every other movie I have made, I essentially wrote myself.

“‘Moms at War’ was written by a brilliant writer that I respect so much, Naz Onuzo.

“When he sent me the script, I read it and I thought to myself, ‘oh wow, I should have written this’.”

Starring opposite Funke Akindele for the first time, Oboli said the working experience was amazing as they had fun every day on set.

“We got Funke Akindele on board,” Oboli said. “I had never done any film with her before so I was extremely excited to be working with Funke whom everyone knows and loves.

“It was an amazing shoot. We had fun on set all the time. Yes the movie is ‘Mom’s at War’ and we’re supposed to be fighting but we had a lot of fun making this film.”

Oboli has directed movies like ‘Wives on Strike’ and ‘Okafor’s Law’.

Growing Up In A Broken Home Gave Me Inspiration To Direct ‘Moms at War – Omoni Oboli was last modified: August 13th, 2018 by Damilare Salami