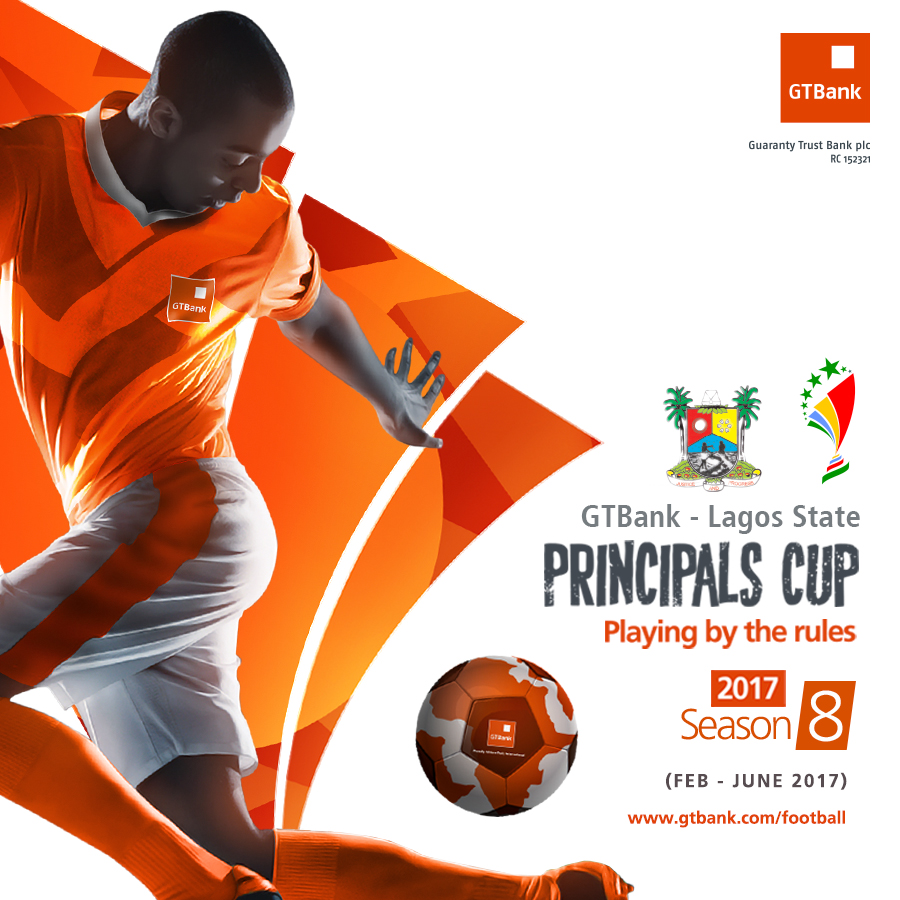 The Guaranty Trust Bank plc sponsored tournament is aimed at actively engaging secondary school students through sports whilst promoting the values of excellence and fair play.

The competition provides a platform for identifying, nurturing, grooming young and talented players and also helping students work towards their dream of being world class footballers.

For the past 7 years, GTBank has continued to promote grassroots football through the organization of the prestigious Principals Cup competition, which is one of the largest grassroots competition in Africa.

Season 7 of the Principals Cup produced an exhilarating encounter with over 360 teams competing to be the ultimate champions of the prestigious tournament.

In the boys’ category, Dairy Farm Senior Secondary School completed a hat-trick of championships (after winning in 2012 & 2014) and became the first team to permanently retain the trophy.

Ikotun Senior High School held unto the cup in the girls’ category.

About 370 schools comprising of girls and boys from various secondary schools in Lagos State will compete in the 2017 edition (Season 8) of the Principals Cups competition.

While commenting on the importance of education in nation building, Mr. Segun Agbaje, Managing Director, GTBank said that “Sports and education are fundamental in fostering camaraderie and discipline amongst youths and imperative to their development.

We are therefore proud to be pioneers of this initiative that provides an avenue for students to showcase their talents and passion for the game of football whilst staying in school”.

He further stated that “At GTBank, we will continue to invest massively in youth development through education and sports in order to help more youth people actualize their dreams.

Over the years, the GTBank Principals Cup has launched the professional careers of several talented players.

In 2015, Yetunde Fajobi joined the Nigeria U17 Female Team – The Flamingos- having played in the 2014 edition, where she powered her school, Government Secondary School Agege to victory and emerged the most valuable player of the 2014 season.

2012 MVP Steven Odey also joined the MFM FC in the Nigerian Professional League in 2016, and now in his second season, he scored the first hatrick in the season and is currently the highest goal scorer.