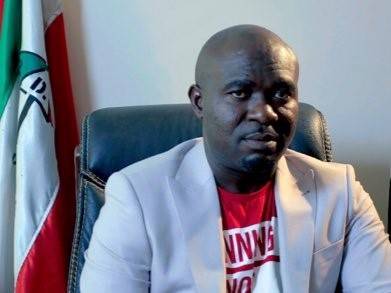 The National Youth Leader of the opposition Peoples Democratic Party (PDP), Udeh Okoye, was on Monday abducted on his farm in Enugu State.

According to the spokesperson for the Enugu Stae Police Command, Ebere Amaraizu, Okoye was allegedly held at gunpoint and taken away by his assailants.

He said: “We are on it, but because of the nature of the incident, we would not be able to disclose many details. He went to his farm and was kidnapped, that should do for now.”

However, speaking with SaharaReporters on Tuesday morning, Amaraizu said policemen were the trail of the gunmen.

“The commissioner of police has directed operatives to go after the abductors with a view to rescuing him alive,” he said.

The police spokesman added that it had not been confirmed whether Okoye’s abduction is a case of kidnapping or not as no ransom had been demanded as of the time of filing this report.

READ ALSO: $9.6B JUDGMENT AGAINST NIGERIA: LATE PRESIDENT YAR’ADUA WAS IN COMA WHEN DEAL WAS SIGNED

SHOCKER! Mother Forces Children To Have Sex While Her Boyfriend Watches