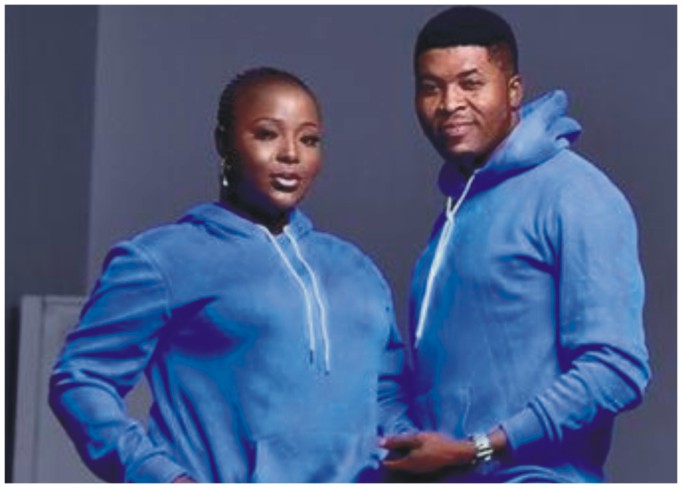 Have you ever witnessed a marriage rite in Northern Nigeria? One of the world’s intriguing traditional marriage rites in the world is what we want you to know about. It is exclusively designed to meet Luxury and Beauty while maintaining the custom and tradition of the particular part of the North where the marriage is taking place. Just as you know that culture adds beauty to any ceremony particularly traditional marriage all over the world and when it becomes transcultural, it even gets more colourful, beautiful and lingers on in the minds of the celebrants and many other well-wishers in attendance.

This was the exact story of a beautiful Hausa bride (amaria), UmmulkhairSanni-Usman and her groom (ango) Ismail Olabode Shonibare, a proud Yoruba man who had their Kamu (Hausa traditional marriage ceremony) on Friday, January 15, 2021, at Eric Manuel Crescent, Surulere, Lagos.

This is one of the oldest events in the Hausa wedding ceremony. “Kamu” means catch the bride. The groom’s family comes and negotiates with the bride’s friends for her release to them. The negotiation was followed by a reception (food, music and dance) after the men (groom and friends/family) had left.

Yes, the pandemic is ravaging but Nigerians do know how to have fun with or without COVID-19. Protocols were fully observed. Many of the wedding guests were fully guarded with their face masks while some even came with hand sanitisers and were applying it intermittently. Was there a large crowd? Definitely not. It was a gathering of close friends, selected family members and associates. And the event held on the street so there was enough ventilation.

He is doing well for himself and is aspiring to get better. He is popularly known as headmaster and is a regular face on Africa Magic Hausa. He anchored the event well and carried everyone along. His ability flow well in English and Hausa languages upped his game big time.

Laali is a fashionable temporary tattoo commonly used in the northern part of Nigeria. It was the order of the day at the event as many ladies and women decorated themselves especially arms and feet with different shades and designs of laali. No one needs to tell you that this is a hausa celebration.

DJ D-One was on the wheel of steel. He is a fast-rising Lagos based disc-jockey and he performed excellently. He rocked different genres of music with the understanding that his audience cut across many tribes in Nigeria. Who says Hausas don’t rock gbedu? That would have been a very wrong notion because they not only danced to the tunes of different Naija hip-hop acts, they also sang along. Starting from Naira Marley, down to Davido, Whizkid, Burna Boy, name it and they know the lyrics word for word.

If anyone had said that the bride is related to a top Lagos based fabric merchant, no one would have doubted it. Reason being that the Aso-Ebi was not a regular attire on the street. It was a combination of adire and check material beautifully combined by women of different ages and rocked by both old and young.

One thing very outstanding at this event was the pleasant scent that filled the air particularly at the arrival of the bride. But before then, some middle-aged women at regular intervals moved around with scented flames to give the atmosphere not just a smoky sight but also nice scents.

There’s a slight difference between a Yoruba traditional wedding and that of Hausa. It is customary that in Yorubaland, the groom waits for the arrival of his bride and accepts her into his “home” but it is the exact opposite in the Hausa culture. The bride waits for the groom to come and meet her with his friends, family and required gifts. That was how the scene played out here.

THE GROOM’S FAMILY ALSO STOOD OUT

Of course, you already know that Yorubas are the kings of Owambe. The groom’s family (the Shonibares) didn’t disappoint. They represented the Yoruba tribe well at the event. In terms of appearance, spending ability and even dances, they showed that they are indeed capable in-laws.

Mere looking at the gathering, one would be able to tell who the groom was. His cloth, cap and shoes already sold him out. He looked like a prince waiting to take over his princess. And his circle of friends is filled with mature and well to do young men.

TWO OUTSTANDING PERSONALITIES AT THE EVENT

If there are people that deserve any form of accolade at the event, the top on the list would be Hajia Jemilah Ololade Lolak a popular Lagos based fabric merchant and her friend, Hajia Adebisi Ojora another top fabric merchant in Lagos. They were both everywhere at the event, making sure that everyone was well catered to and that things went as planned. The bride is Lolade’s cousin. She is so proud to have the two of them as her aunt because they made sure that all lapses were well covered.

One of the most memorable moments of the night was the scenting of the bride by the elderly women who were referred to as the grandmothers of the bride. They were about seven in number and gathered round the bride to decorate her with different perfumes and also pray for her as she begins a new journey of life. The best bridal shower any bride could have was the gifts presented by these elderly women to beautiful Ummulkhair.

The event closed with the couple’s dance. They had a swell time as DJ D-one served music across tribes to entertain everyone. The couple had a dance with both the bride and groom’s friends as well as members of both families.

If you have a Hausa friend who is about getting married, do not fail to attend the Kamu ceremony. Life is beautiful and this Hausa wedding rites just proved that.