Harrysong – Why my fall out with Kcee And Five Star Music 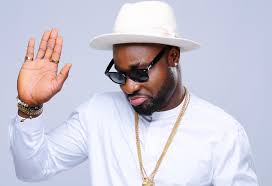 Speaking in an exclusive Interview with media mogul, Olisa Adibua, Harrysong finally shares his own side of the story and revealed what went wrong in his relationship with KCee and why he ultimately decided to walk away.

The prolific singer also talked about his plans for his career, and the future of his record company.

Watch the video below:-

Harrysong – Why my fall out with Kcee And Five Star Music was last modified: February 14th, 2018 by Igbokwe John