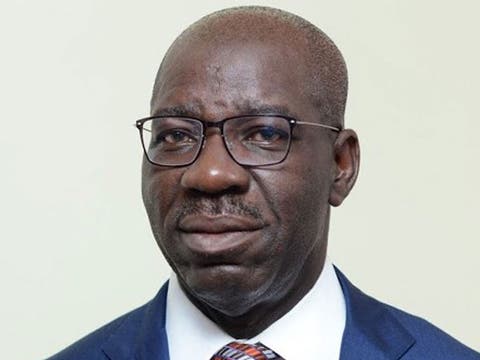 Edo State Governor, Godwin Obaseki, has raised the alarm over the invasion of forests in the state by armed illegal loggers.

He has therefore appealed to the Federal Government to help the state with the deployment of National Parks Guards and possibly the military.

Obaseki told State House correspondents on Thursday evening that he made the appeal during a meeting he had with the Chief of Staff to the President, Prof Ibrahim Gambari, at the Presidential Villa, Abuja.

The governor disclosed that he got a positive response from Gambari.

He said, “I actually came to rub minds with the Chief of Staff. We have been having challenges with, not just only bandits in our forests, but illegal loggers.

“It has been an invasion of our forests, with armed loggers coming in to indiscriminately cut logs from our forests.

“I am sure you would have heard this news about the Okomu National Park. It is one of the last pristine rain forests we have left and the amount of logging by armed loggers in the last couple of months has been really troubling.

“They are also affecting wildlife. You know that reserve hosts some scarce species of animals, and with this avalanche of loggers, we are losing them, and it is something of concern so I have come to rub minds with the Chief of Staff to see how the Federal Government can assist with the National Parks Guards, with our local guards and see if the military can give them backup.”

Obaseki reiterated his position that the state government is not in the business of ranching or of providing grazing lands.

He however said there are communities that have lands, which have been accommodating herders under some arrangements.

He added, “What I suggested was that these communities should look at making lands available where when herdsmen come in, they can grow grass and charge them to herd in specific areas and avoid getting the herdsmen to trespass into other people’s farmlands because that is what causes crises.

“These are all commercial transactions between either individuals, communities, and pastoralists. That is the point we made, that herding cattle is a business and it is not the state’s responsibility to get into that business.”

READ ALSO: 10 STEPS TO TAKE BEFORE BUILDING A HOUSE IN LAGOS