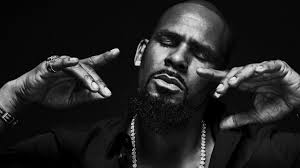 R KELLY used to travel McDonald’s for young girls he would take back to his studio and have sex with, a new documentary has claimed.

In the BBC 3 show looking at the sexually charged world of the singer’s inner circle, Kelly’s former right hand man Rocky Bivens claims he’d have to regularly intervene to stop the star getting close to young women.

Biven also claimed kelly didnt care how old his potential sexual partners were so long as they had big bums, the star’s ex business manager has claimed.

He claimed Kelly would occasionally “go to McDonald’s and come back to the studio with a girl or two”.

He said: “I came into the studio one night and while I’m there, he had two girls in their underwear standing at the front of console bent over while he’s back there playing the keyboards and doing lyrics.”

Lee went on to admit the “girls” were “within arm’s reach” of Kelly.

Speaking about R Kelly’s attitude to women, Lee claimed they were disposable to him.

He said: “They were there for one thing, to service [Kelly] and when he was tired of you, you’re a Big Mac, when he’s done eating you, he throws the wrapper away.

When Bivens was asked whether there were times he’d been concerned about the age of Kelly’s prospective sexual partners, he replied “There’s been several times where I’ve had to say ‘no, that’s not going to happen’ because of the age of the person.”

Revealing how he would stop 16-year-old girls getting close to Kelly, Bivens added that he didn’t care how angry doing so made the singer.

Elsewhere in BBC Three’s ‘R Kelly: Sex, Girls and Videotapes’ documentary, the RnB star’s former girlfriend Kitti Jones claimed he trained one 14-year-old fan to be one of his ‘pets’.

Speaking to reporter Ben Zand, she claimed she was introduced to the girl while she was still dating Kelly between 2011 and 2013.

She said Kelly then told her he had “trained” the young teen since she was 14.

Jones said: “I saw that she was dressed like me, that she was saying the things I’d say and her mannerisms were like mine.

“That’s when it clicked in my head that he had been grooming me to become one of his pets. He calls them his pets.”

Jones claims she was also forced into sex with Kelly and at least 10 others in his “sex dungeon”.

She alleges that Kelly, 51, even made the unnamed girl crawl on the floor towards her and then perform a sex act on her.

The 34-year-old claims Kelly then said: “This is my f***ing pet, I trained her. She’s going to teach you how to be with me”.

New R Kelly sex cult allegations claim singer trained girl, 14, to be one his ‘pets’ and forced her to have sex in sick dungeon

She said: “I think he gets some sort of satisfaction within himself, knowing that he’s taking control over other people.”

Lovell Jones – one of Kelly’s backing singers on his first album tour – alleged: “It was common knowledge in the camp that he (Kelly) likes young girls.”

Jones said it was difficult for the girls to say no to Kelly, and that he liked them to have a ‘big booty’ regardless of how young they were.

He said: “How do you defend yourself against someone who’s been ‘honing their skills as a predator for 25 years’, who’s also a multi-millionaire, and one of the most successful artists in the music industry?

“There’s no defence for that.”

When questioned on the type of women R Kelly was attracted to, Lovell Jones revealed to BBC Three that some of them might have some from troubled backgrounds.

‘HE’S LIKE A KID’ R Kelly ‘regularly went hunting in McDonald’s for young girls he could take back to his studio and have sex with’ was last modified: March 30th, 2018 by Igbokwe John