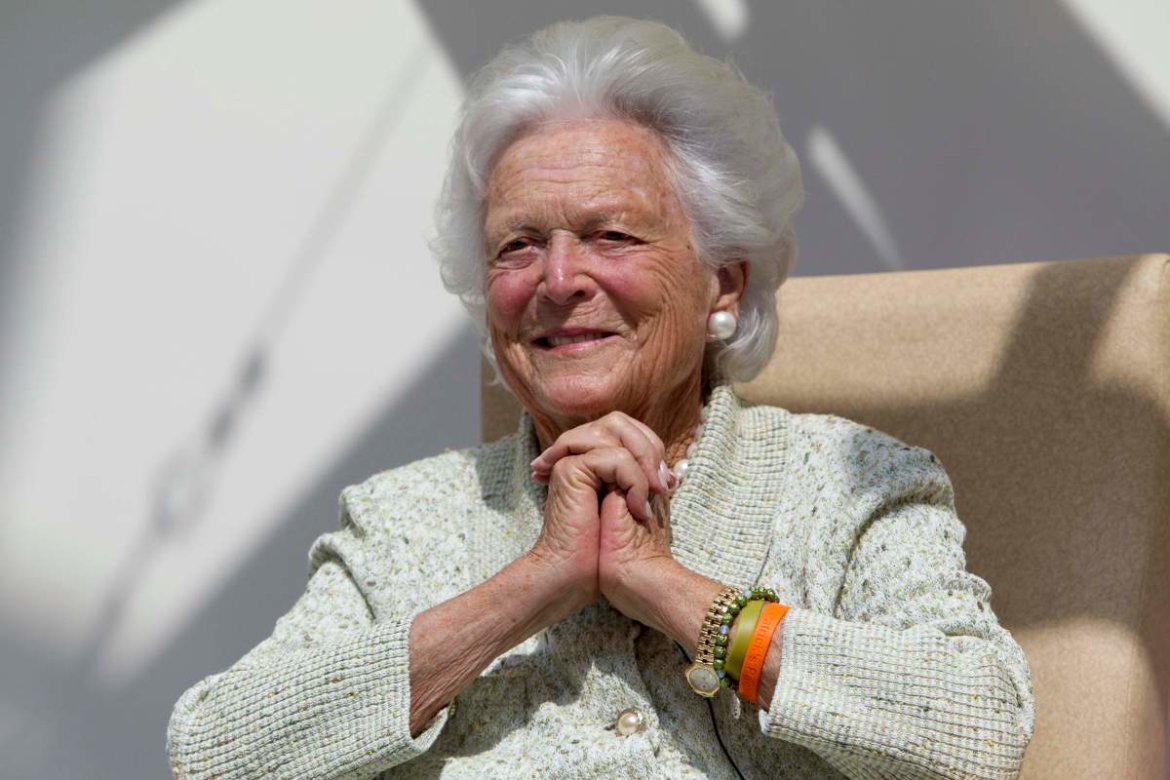 As the Bush family matriarch, Barbara Bush dropped out of college to follow her childhood sweetheart – and kept following as he went from the House of Representatives to the United Nations, the Central Intelligence Agency, the office of Vice President and, finally, the White House.

Her son George W. Bush became the 43rd President of the United States, while another son, Jeb Bush, served as governor of Florida and unsuccessfully sought the presidency in 2016.

In total, she had 6 children and 14 grandchildren.

“He held her hand all day today and was at her side” when she died, the statement said.

George W. Bush said in a statement: “Barbara Bush was a fabulous First Lady and a woman unlike any other who brought levity, love, and literacy to millions. To us, she was so much more. Mom kept us on our toes and kept us laughing until the end.”

Her son Jeb Bush said his mother Barbara was a “force of nature.”

“I’m exceptionally privileged to be the son of George Bush and the exceptionally gracious, gregarious, fun, funny, loving, tough, smart, graceful woman who was the force of nature known as Barbara Bush,” Jeb Bush said. “Thank you for your prayers, and we look forward to celebrating and honoring her life and contributions to our family and great nation in the coming days.”

After a series of hospitalizations, a family spokesperson announced on April 15 that the former First Lady would no longer seek medical treatment. Instead, the statement read, she would focus on “comfort care.”

Despite her failing health, members of the Bush family have said she leaned into her fighting spirit in her final days.

Bush was born in 1925, the third of Pauline and Marvin Pierce’s four children.

She was 15 years old when she met her future husband at a party in Connecticut while she was on Christmas break.

About a year and a half later, the two were engaged — before he went off to serve in World War II.

As a political figure, Bush was a widely respected and fierce woman who was appreciated for her biting wit, unwavering support of family, and her frank disposition.

Why Olamide shouldn’t release an album this year!