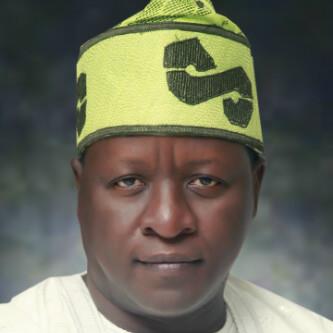 Lagos State Commissioner of Information has raised an alarm, as hoodlums reportedly stormed his Ejigbo home. The commissioner took to facebook today, October 11, 2018, to narrate how the incident unfolded:\

A serious breach of the security of my home, 21 Ona Iwa Mimo street, Ejigbo,Lagos occurred late night yesterday. I was in Nairobi, Kenya getting ready to preside over the Third Africa Political Summit organised by the Association of Political Consultants -Africa which commenced this morning.

The accounts indicate that about 10pm, seven youths drove into the street in a red utility vehicle and parked in front of my house. One of them jumped over the fence and accosted my security guard, overpowered him and opened the gate for five others to join him. The last stood outside to watch.

This group ordered the guard to take them to the rear of the building where I live and asked him to facilitate entrance. The guard reported that there was no one at home but they apparently didn’t believe him. They went to work immediately, removing the sliding glass windows and then brought instruments to cut through the iron bars that served to check burglars. They were still at this when the monitor outside alerted them of an advancing vehicle suspected to be the police. They got into their car and turned in the opposite direction from the police patrol car and sped away.

I want to thank my neighbours and others for alerting the police as soon as they learnt of the operations. I thank the DPO, Mrs Okuwobi for deploying her officers promptly to the scene. The investigation continues.

This is the first attempt since we moved in 2006. We shall explore all angles to ensure that the perpetrators are brought to book. I thank God for his protection always. The needle passes before the path of the thread blocks