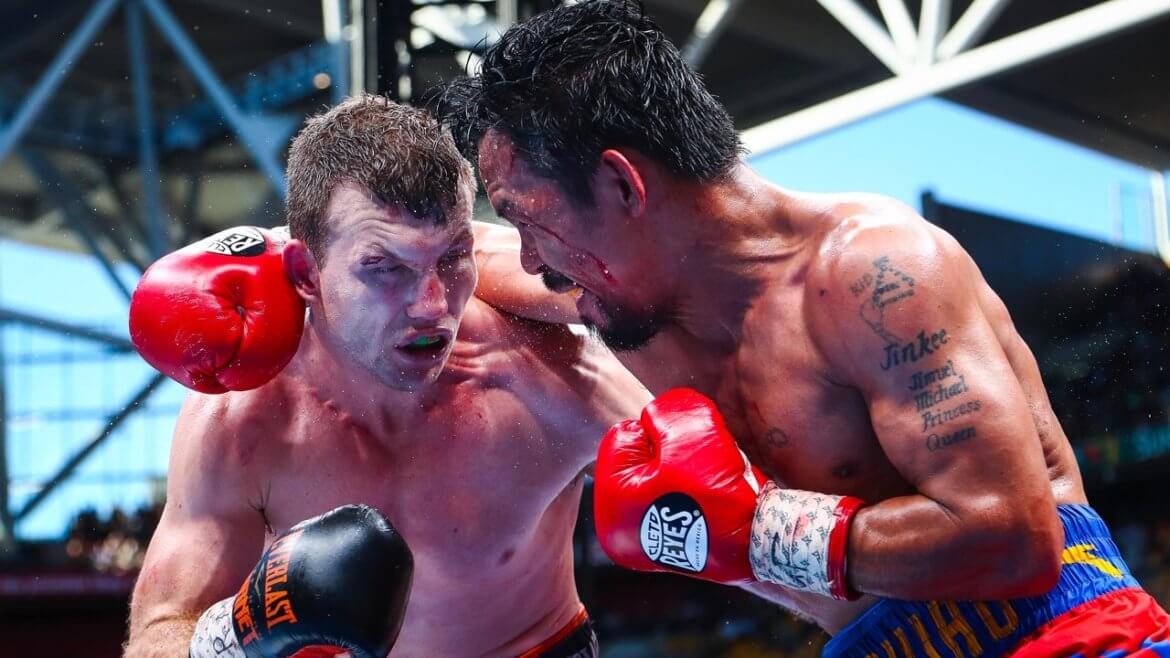 Pacquiao, 38, is an eight-weight world champion considered one of the greatest fighters of his generation. His camp had predicted a “short and sweet” win over Horn, a 2012 Australian Olympian.

But Horn showed no signs of being overawed by the occasion, taking the fight to the Filipino great from the opening bell.

He moved forward relentlessly, not allowing Pacquiao time to find any rhythm.

Pacquiao did manage to land some left jabs in the opening rounds to take the early points, but Horn refused to back away and his brawling tactics paid dividends through the middle stages.

Pacquiao, bleeding profusely from cuts to the head high above both eyes, then launched a savage counterattack in the ninth round and appeared to have Horn in trouble, only for the Australian to come back and win the 10th as he reasserted control.

Both fighters began to tire in the final two rounds but Horn’s early lead proved too much to peg back as he claimed the biggest win of his career.

Pacquiao had been hoping to set up a second big-money showdown with Floyd Mayweather, but it was Horn who called for a fight with the unbeaten American immediately after his win.