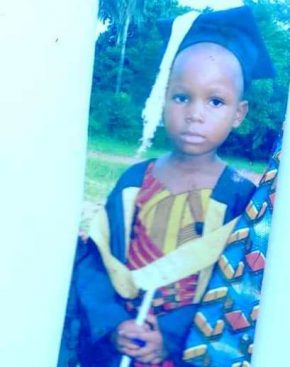 It was a moment of tragedy for the family of Mr. Nwoye Nkwunabo of Ndiagu Ogidiani Etiti village in Ogidi, Idemili North local government area of Anambra state, when their 11 years old daughter, Miss. Makuochukwu Nkwunabo died from explosion which emanated from suspected adulterated kerosene.

The young Makuochukwu, whom the father described as the baby of house, had wanted to light up the house when it was getting dark on Sunday when the incident happened.

Unknown to Makuochukwu, she was heading to the of no return, when decided to carry out her routine duty last Sunday.

She was reportedly lighting up a lamp as it was getting into the night that fateful Sunday when the lantern exploded and killed her instantly.

The father of the deceased, Mr Nwoye Nkwunabo, filled with pains, said that the kerosene was bought about four days to the incident and was kept until the day when Makuochukwu put the kerosene into the lantern.

According to the father, as she put the kerosene in the lantern and strike the matches, there was heavy explosion and subsequent flame that covered the whole apartment.

“She died instantly and we took her immediately to a nearby hospital where she was confirmed dead because of severe burns and suffocation.

“I want Governor Willie Obiano and other spirited individuals to come to our rescue by assisting us as I am helpless. She was the third child of the family, the baby of the family,” he cried out.

“I can’t believe it, that my daughter who was always by my side has died just because she wanted to light up the house.

“I pray that God in His infinite mercy will give me the heart with which to bear the irreparable loss.

“It is only God and people that will give me the heart to bear the loss as she was my heart and best child companion,” he lamented.