Why We Are Hosting City People Publisher This FRIDAY 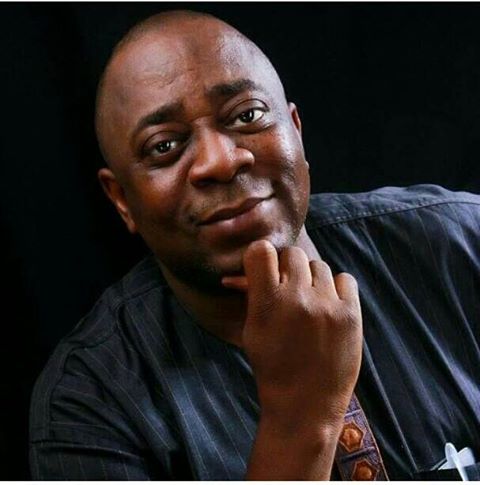 Come Friday, May 4th, 2018, popular fun spot in Abeokuta, Ogun State, Murphy’s Place, Beside Bayak Petrol Station, Ita-Oshin, would be hosting the publisher of City People Magazine, Dr. Seye Kehinde, to a night of undiluted fun where he would also be presented with a Special Recognition Award for his Time-Tested Humility. In this interview with SAHEED OJUBANIRE shortly after his radio programme at Faaji 106.5 F.M., Alagbado, Lagos, the CEO of Murphy’s Place, Alhaji Moruf Wole Sorunke popularly known as MC Murphy gave details of what the event is all about. Read on please:

For the purpose of this interview, can you tell us your name?

We are aware that Murphy’s Place has a club, so apart from clubbing, what other things is the place into?

Murphy’s Place is a tourists’ centre and that is more than just a club thing. At the moment, we are working on our swimming pool, a hotel, an event centre and we are lucky that our topography there is endowed with a lake where people can also commune with nature is they want to. There is a car wash at the front, the club is in the middle and other things are behind. So, it is a total package for pleasure and fun seekers from within and outside Ogun State.

Come Friday, May 4th, Murphy’s Place would be hosting one of the big guns in the media industry in Nigeria; that is Dr. Seye Kehinde, the publisher of City People Magazine. Can you tell us the idea behind that?

Yes, thank you. The idea behind it is to celebrate whom honour is due to. Dr. Seye Kehinde has really supported a lot of people who have become big factors in the country today. And I feel someone should have come up with this kind of idea long before now.

The reason being that despite all Dr. Seye Kehinde has done with his craft to support other people, he still extremely humble with it. In fact, he is humble to a fault, so to speak. The humility is exemplary. That is one virtue that is missing in a lot of our successful people. By all standards, Dr. Seye Kehinde is one of the most successful journalists this country has seen and at his status, if he wants to be arrogant or unapproachable; he has all the rights to that. But the Dr. Seye Kehinde I know has never been arrogant for a second.

He is quiet, easy going, accessible and helpful. So, what more can you ask for in a successful man. So, he deserves what Murphy’s Place it planning to do to celebrate him. So, Murphy’s Place would be hosting Dr. Seye Kehinde to a night of undiluted fun where he would be presented with a Special Recognition Award for his Time-Tested Humility and the event is surely going to be the first of its kind.

Let’s go a little down memory lane. Can you remember your first encounter with Dr. Seye Kehinde?

Well, let me start by saying that the first time I met Dr. Seye Kehinde, he told me that MC Murphy, you are the only one I listen to on radio and that was over ten years ago in Lagos. And he was extremely humble on that day which really caught my attention. It was at an event and he was not even sitting down even when he was offered a seats, he let other people sat instead. Dr. Seye Kehinde is just too much with his humility.

Have you ever met any other person more humble than him?

No. Dr. Seye Kehinde is the only person that I know who always pipe low. Most others fluctuate. They may seem humble this time and the next time they are obscenely arrogant. I know a lot of magazine publishers who are not even as successful but think they are tin gods. I don’t want to mention names. We are setting a standard by giving Dr. Seye Kehinde Humility Award. And I know a lot still celebrate him afterwards on the same virtue. But it would be on record that MC Murphy did it first.

Can you give us an idea of how the day is going to be like?

Well, it is going to be a lot of fun because there would be lots of artistes performing back to back. The thing is, when you are doing an event like this, there would be lots of artistes who you can reel out all their names at once but as I speak, we have Chelsea Bobo, Beulah, Olumide, Boye Best, Wale Thompson, a number of hip hop artistes, DJ Tommy, and there is going to be a special appearance by MC Murphy himself, just to spice up the whole thing. And a lot of artistes are still joining the list. For instance, Lords Kenge just called me and said he is going to be part of it. And we have a lot of comedians coming in too.

We have gathered that lots of people dominating the political, the corporate and business land scape in the city are also showing interest in coming. Is that true?

They have to. I chatted with the Hon. Commissioner for Information, Otunba Dayo Adeneye (D1) not long ago and he said I should drop his IV and a lot of other people have been calling for the invites too. All the happenings guys and babes in town are also not exempted.

Are you saying people who might not have the invitation cards can still come?

Yes, it is a public gathering. The doors would be thrown open for everyone who wants to enjoy themselves to the fullest. Drinks and other stuffs would surely be on sale like our regular club days.

Finally, what is your advice for fun-seekers in Abeokuta come next Friday, May 4th?

Well, I want to tell my friends, and my enemies as well, in Abeokuta, forget about the enmity of MC Murphy is doing well. Just come and let us enjoy ourselves. The truth is that since the inception of Murphy’s Place, some of my friends are not visiting me again. This is for every fun-seeker in town; all the G’s and the hot babes, you are all welcome. And the media is also going to be well represented there.

Why We Are Hosting City People Publisher This FRIDAY was last modified: May 3rd, 2018 by Reporter

Dino To Remain In Police Custody For 5 Weeks