Home News How 2 Of My Kids Died Because Of My Acting Career – Veteran Yoruba Actor, ALAPINNI
News

How 2 Of My Kids Died Because Of My Acting Career – Veteran Yoruba Actor, ALAPINNI 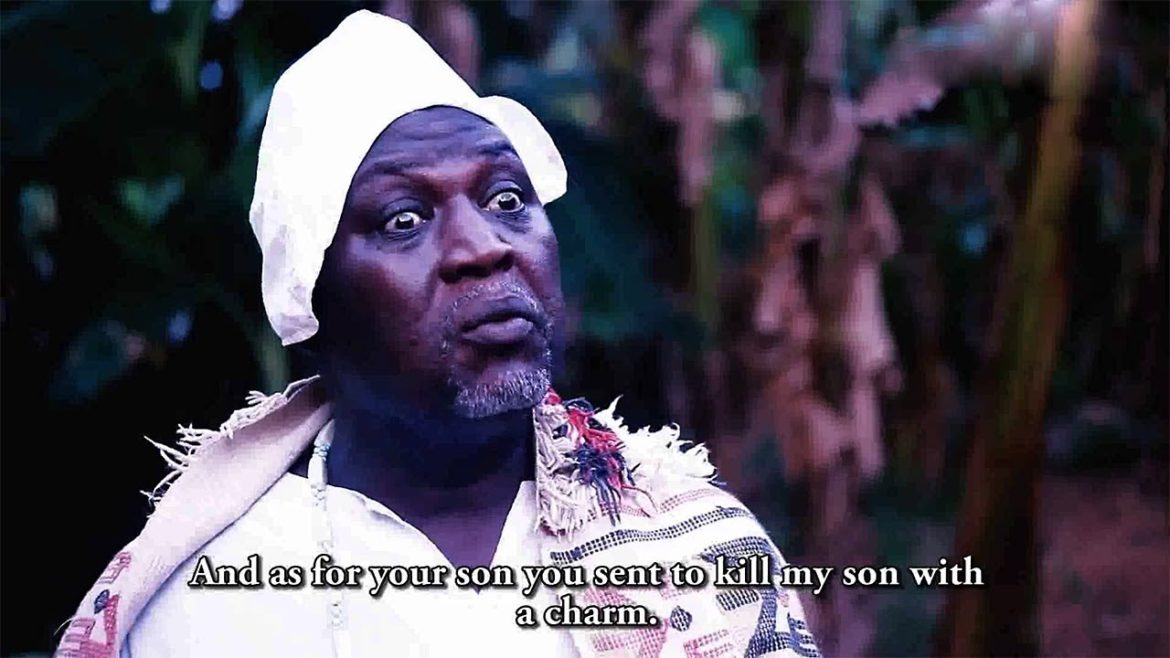 His real name is Ganiyu Nofiu, but he is popularly known by his stage name, Alapinni. He is a veteran actor, filmmaker, movie producer and director. He has been in the movie industry for over 40 years and has made a great impact in the industry. He is renowned for featuring in the Yoruba genre of Nollywood. He has earned a reputation for the perfect interpretation of herbalist’s role.

“In this interview on Ojopagogo TV, Alapini took watchers through the journey of his career and all the ups, and downs. Join them.

Sir, where are you from?

My name is Ganiyu Nafiu, popularly known as “Alapini Oosa. I am a stage actor. I started in 1977. That time, we used to be street jesters, parading social functions. Later in 1979, I disengaged myself. We, the leaders, in 1977 were five. When one died, I left for Arabic school, I came back in 1979 to form a group on my own.“In 1980, I disbanded the group to go for further training under senior colleagues I loved to train me. I trained under our father, Akin Ogungbe, may his soul rest in perfect peace. I went further to train under our father, the late Ray Eyiwunmi.“On leaving there, I became Independent.

How pleasant was it in the beginning?

It was pleasant because of the passion that led me into the profession. I did not mind the crisis in the journey, but rather such a crisis made the journey more interesting.

Was there any challenge or challenges?

There were so many.. Em.. the challenges I encountered were ailments. That time, I remember I went to a town (name withheld) to felicitate with some traditional worshippers. From there, I got hallucinated and went on a sickbed for a whole year, before I was rescued by the Almighty God.“The tougher one I could mention was when I was preparing to celebrate my little child’s Walimat. My first child was brought home from school terribly sick.  We tried all we could. On the Waliomat day of my little child, the child who was sick died that same day.“The loss pained me to the marrow, but I accepted my fate. After that incident, other challenges were the days of plenty and the days of having nothing to eat at all. Days I was supposed to perform my responsibilities to my parents but could not do anything. Those were the challenges I encountered that period.“

When was your happiest moment in life?

When were you mostly grieved?

On the day I was embarking on a journey to where I was charmed, my child who used to play with me, cuddled me, and I observed that he was crying. I tried to pacify him as he was only 4 years old. I later proceeded on the journey. When I returned, I did not see him alive anymore. When I was on a sickbed, I was looking at his picture, not knowing that he had died a day before I arrived home. By the time people broke the sad news to me the next morning, I felt so bitter, because I loved him so much.“The second one was when I was preparing for my child’s wolimat, that my first son was brought in very sick and eventually died. It’s so sad losing a grown-up child.“But God is unquestionable. I became happy immediately because God gave me the grace to hold the child’s Wolimat before that my child’s life was taken by God in the evening. So, I thank God for the grace given me to have something to be grateful for.“The day I lost that child was my saddest day.

Any advice for the youth?

What’s your first time experience with a lady in your closet?

(Laughs…_)..of course, I was happy, because before the lady could submit herself to me to have the taste, it was so tough. But when God finally gave me the opportunity to have the taste, I was very happy that I’m, indeed, a man also. I enjoyed it so much. Nobody taught me, I just found myself doing it. No one teaches anyone. It involves confidence. Once you are brave because there is no first-timer who would not be scared a little, uncertain of what would happen.

What do you want from your fan?

“What I want from my fans is to assist me in my profession, if truly they love me through that profession. Any avenue each and every one of them could come in to assist me to sustain the profession, so as to continue to see more of me on the screen.

How 2 Of My Kids Died Because Of My Acting Career – Veteran Yoruba Actor, ALAPINNI was last modified: September 2nd, 2020 by City People

Why The PDP Has Not Won Guber Elections In LAGOS – PDP Chieftain, Otunba FEMMY CARRENA