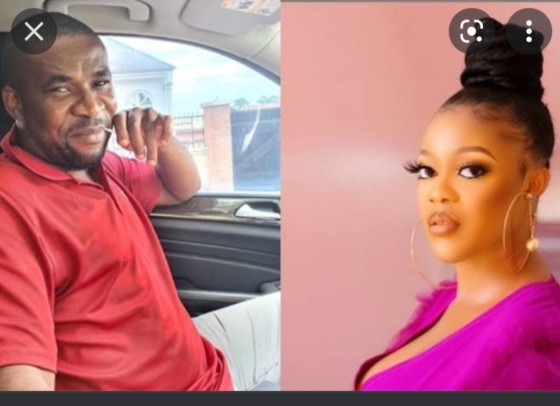 It’s a general belief that celebrity marriages don’t last long. Though a good number have proven that assertion wrong and have continued to stick together through thick and thin.

It has become a normal trend, that even fans don’t get surprised when they hear that their favourite’s marriage has hit the rocks. It is so bad that the only thing fans pray for these days is that, the break up should not be messy and make headlines on different blogs and publications.

In the last 2 months, lots of showbiz stars relationships made headlines over negative reasons and most of the highly anticipated weddings packed up so painfully. The relationship ended even before it started.

When star actor, Alex Ekubo announced his engagement to US-based model Fancy Acholonu, a few months ago, a lot of fans were so happy that the actor will finally settle down and were patiently waiting to see the wedding of the year.
The couple got engaged in Los Angeles, United States of America and were both billed to hold their traditional marriage in Imo State within same month hold their white wedding in Lagos.

Lots of movie actresses who are very close to Alex Ekubo were already preparing for the big day. Then it came as a rude shock when the American born model took to her Instagram page on Thursday, August, 26, 2021, where she revealed that she has ended her relationship and engagement with the movie star. According to her “hey guys, I am writing to inform you all officially that I have ended my relationship and engagement and I have called off the wedding with Alex Ekubo. I am aware this maybe a shock to many people.

I made the best decision for myself, because it is important that everyone finds happiness and live in their truth. At this time, my family and I ask for you all to please respect our privacy. Thank you so much”.
A lot of fans were totally surprised with the development and many blamed Alex Ekubo for this relationship breaking up before it even started.

Another relationship, which packed up before it even started was that pretty movie star, Eve Esin, popularly known as “Koloma”. The actress got engaged to her fiance, Chijioke Nneji a movie producer who was once married to Uche Ubanwa Loveth.

The lady in question accused Eve Esin for allegedly destroying her home and seizing her kids. Despite all the social media drama, many concluded Eve Esin’s relationship with her director lover will be heading to the altar soon. But it came as a rude shock when it was revealed few days ago that they have both parted ways after dating for 8 years and getting engaged. The star actress, Eve and CEO of Magic Movies started dating in 2013 and ended the relationship in 2021, despite leaving his wife for the actress.

It was also revealed that domestic violence caused their separation as he was said to have the habits of beating her and breaking phones belonging to the pretty actress.

Popular gossip blog, Gistlover, revealed the highly anticipated wedding has been cancelled and the man will be going back to his family. The wife also took to Instagram to thank Gistlover blog who reported their romance severally for helping her get her husband back.

When star actress, Tonto Dikeh unveiled her new found love, many were happy for her, considering all she went through in her first marriage unfortunately for the pretty mother of one the new relationship turned out to be worse compared to her first.

Recall, Tonto Dikeh married Olakunle Churchill, a popular philanthropist on 29th August, at her home town in River State, and in 2016, they had a son and divorced the following year July, 2017 on the basis of infidelity from Churchill.
Many were happy when Tonto Dikeh revealed Prince Kpokpogri as the man after her heart. Though, lots of fans were against her showcasing him on social media which she shut them up and told them to just pray for her happiness.
Barely 3 months into their relationship.

Popular gossip blog Gislover blog shared a voice note where Prince Kpokpori said some negative things about Tonto Dikeh and Gistlover also revealed lots of ladies he has been sleeping with.
He bluntly denied the audio and claimed it was not his voice. And that happened to be the end of the highly celebrated relationship as Tonto Dikeh confirmed it was his voice and thanked Gistlover from rescuing her from making a huge mistake.

Their breakup happens to be one of the very messy celebrity break ups, in recent times, as lots of new stories keep springing up daily.

Just when we thought we have seen enough from showbiz stars that were expected to walk down the aisle with their heathrob soon, then Uzoamaka Ohiri, ex-wife to OAP Ned Wazobia called out her ex-husband, Nedu on allegations of not being supportive to his children.

According to her “Nedu, still handles a marriage show on radio? Seems like a good time to call out useless men”.
In response, Nedu narrated his side of the saga and displayed a DNA result that showed that their first child wasn’t his.
Nedu’s ex-wife also in her defence stated that contrary to what most people think ended her marriage, miscommuncation and domestic violence were the reasons her marriage ended.

Also, she stated “if I knew that my son, my first child was not for him I wouldn’t have gotten married to him. I can’t deliberately take another person’s son and give to him”.

Lots of fans and celebrities have frowned at her response and disappointed in her.
Another two highly respected and celebrated couples that also made headlines in the last 2 months are Anita and Paul Okoye, then Tuface and Annie Idibia.

This story won’t be complete without talking about their marriage crisis that came as a huge shock to lots of fans that loved and admired their union.

First it was Anita Okoye, wife of popular singer Paul Okoye a.k.a. Rude Boy, who all of a sudden filed for divorce from U.S. to the surprise of her husband in Nigeria.

She requested the dissolution of her marriage with Paul Okoye, and the court document went viral on social media. She cited, “irreconciliable differences” as the reasons for filing a divorce.

The couple who got married in 2014 after seven years of dating is blessed with 3 kids.
Another video went viral few days ago where Paul Okoye paid his kids and wife a visit in the U.S. and hopefully, they will get everything sorted peacefully.

Then finally, the living legend Tuface Idibia whom many admire his love for Annie Idibia on social media surprised lots of fans.

Annie Idibia slammed husband, Tuface Idibia, his family and his children’s mothers as she accused him of sleeping under the same roof with Pero. According to her “your babay mamas constantly use your children as an excuse for all sorts of rubbish”.

She added that she has been patient and has made many sacrifices for Tuface and his kids but she’s no fool.
She said Tuface’s family never liked her from day one, no matter how hard she tried and called out Tuface’s brother for housing Tuface, his kids and Pero under the same roof.

And she concluded that their action is unacceptable.
Tuface and Annie Idibia’s marriage crisis tends to be getting deeper daily, as just few days ago, an audio was leaked where Annie was crying bitterly that Tuface sneaked to America with the help of his team without letting her know and she is going to scatter everything. We only pray they get to resolve their issues amicably, most especially as their immediate family are both involved in the crisis.

How 5 Showbiz Relationships Hit The Rocks In The Last 2 Months was last modified: September 11th, 2021 by Reporter