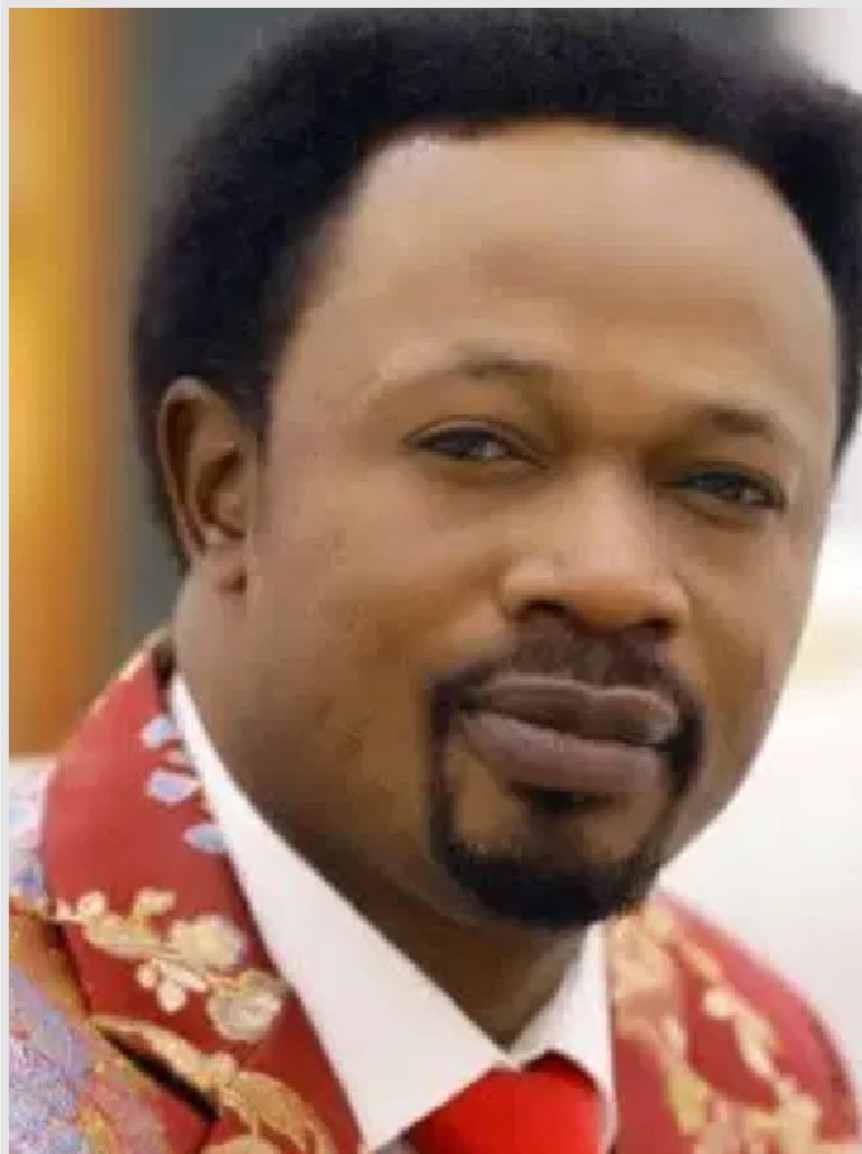 •As Both Have Kids Outside Wedlock

In the last few days, the internet has been buzzing with the news of the adultery scandal of a popular Abuja pastor, Prophet Joshua Iginla, the Senior Pastor of Champions Royal Assembly, Kubwa Abuja and his wife of 7 years, Yemisi. Their marriage crashed and news of divorce has gone viral on social media and it became a top discourse among many online users. Pastor Joshua Iginla is one of the very popular pastors in Abuja. He is widely known to be a philanthropist, who gives out effortlessly especially in the entertainment sector, where he is reported and known to have bought cars for several showbiz artistes. His marriage has been encountering some hiccups for some years. Penultimate Sunday, precisely on Sunday, March 3, 2019, in his church, the issue came to a head as the Pastor announced that his Marriage to Yemisi Iginla had crashed. Why? Because he made a mistake of having a baby mama. His confessional announcement, therefore, went viral on Monday, March 4th.Pastor Iginla is said to have been dating his baby mama, Stella Zimasa Ndamase, who is a South African for many years. The shocking confession was streamed live on the church’s official YouTube page, Champions TV, on the same Sunday. Pastor Iginla talked about how he and his wife were headed for divorce and had spent the past few years as a united front while fighting adultery-related battles.The pastor, who said he believed he was the first man of God “to do this”, said all he wanted was peace of mind. He admitted that he and his wife, Yemisi, had children out of wedlock. He said when his wife brought an illegitimate child into their home, he forgave her, but that she refused to forgive him when he had his own child with another woman. The cleric, in a video that has since gone viral, said that though, he had tried for seven years to “stabilise the vehicle,” it had resulted in a battle with his family members and disciples.

He told his followers, in his words,  “I and your mother (Sic) in the Lord met and we had a wonderful marriage. Before we got married, we started by checking our genotypes. She was AA and I was AS. We had our first daughter, a wonderful child, and eventually we discovered she had sickle cell anaemia. I receive healing for people here with sickle cell and God has been doing miracles.

“I saw it as a battle and a challenge for me as your father, which is a trial of faith for me; it is not a problem for me. I embraced my daughter and we had a good relationship. I may have been the first man of God to do it in this fashion, but that is how I was led to do it. I want you to throw your stones at me, abuse me, insult me and I will take it but I want to stay alive, if not for you, at least, for my destiny.

“We later discovered in the course of time that she (Yemisi) was actually AS and I was AS. No problem. It was not a battle, but one thing led to another. What happened was what would make a man divorce his wife scripturally and I had the backing for that. But I had to cover it up to be sure that my marriage moved with your mother and that led to so many things.” He stated that because he was a man of God, he could not divorce his wife to prevent his followers from saying a man of God has parted ways with his wife.

Iginla said, “So, I chewed it as a pill and so this battle has become a big one, which some men of God are taking advantage of, and sons who are under me, who are very bad, have fed on this battle. I have tried for seven years. She brought an unholy child into the marriage, which was difficult for me to chew. I don’t want you to judge my wife or anything. I just want you to know.

“We had serious battles here and there; family interventions and everything. We covered it. We would not have  got to this point today if my wife had listened to me when we had the battle. I also went to have a child outside wedlock and then it became a battle in the family.”

He asked his congregants to put the blame on him, saying, ‘’It had become pains for me “because when your wife begins to fight you everywhere and insult you — I have told her ‘don’t fight me, let’s solve this problem in secret and if we cannot solve it, I will come to the world, confess my sins to the world, receive the insults and end this marriage”. “And that is what I am doing today because the battle is bad; it has pushed me to this point. I want the world to know; I want you to insult me. This battle didn’t start from Papa. I am not sleeping and children who don’t know my story are insulting me unnecessarily. I felt I wanted to end the struggle. I want it to be in the media; insult me.

“I knelt down; I begged her, but she chose to make me a laughing stock before people and I said the day I come on air and say this to the people, would mark the end of our union. I covered her and I didn’t divorce her, but when mine came, she threw me to the world, calling people to send me pictures. ”Iginla told his congregation that when a father had battles and challenges in life, he needed to confide in his children, so that they could pray for him, adding that some children had taken advantage of his challenges and battles. He, however, said he forgave them and had left them to God to help them not to experience what he had gone through in life. According to Iginla, he is a father who loves his kids and loves everything about his family, but when one becomes a leader, a lot of people play politics with one’s life because one is a star. He added, “Your mama is doing well; she is in America with my children and they are doing well. You need to understand that I bought a duplex worth about $1m for them in America and they attend the best schools in America.

“Assuming I was like some of you, I wouldn’t be under these attacks. So many pastors in Nigeria and outside want to play politics with Joshua Iginla because Joshua Iginla is a big man of God, so you hear all manner of talks. It is good. I leave them to God.

“My daughter, Sharon, forgive me, but I have to talk because I hardly sleep; my blood pressure is going up and I don’t want to leave this world before my time and I know you know I am a gift to you and the body of Christ. “It is so painful that when men of God go through strife, you are quick to throw stones at them and abuse them. It is good. We will receive it as our cross because it is part of our battle in life.” Iginla, who said he was born into a Muslim family, said his parents did not take his conversion lightly.

“My conversion began at the city of Jos. It was very strong because I’m from a Muslim background and my father’s name is Lasisi Disu Iginla and every one of us from my elder sister to the last were (Sic) all Muslims. The Senior Pastor of Champions Royal Assembly, Kubwa, Abuja, Joshua Iginla, has recalled his ordeal in the hands of his father when he converted to Christianity.

“My conversion didn’t go down well with my father because he was not happy about it. Then, I lost a lot of friends because I was a very stubborn barrack boy and some of them made jest of me, saying ‘in few days, I’ll return to my senses.’Even my mum always supported my father.

Talking about his grass-to-grace story, he said “I’ll simply say my story was that of grass to grace. Grace is an unmerited favour of God that brings a man out of obscurity, qualifying the unqualified. I feel God loves me so much. He has used me to show the world that you don’t need to belong to some cabal in the ministry to get to the top, if he is behind you,” he added. I did security job, teaching Job, I carried blocks, I already started training in a Nigerian depot before God intervened, so my story isn’t a story of a man who just came to the ministry overnight. Brother Joshua Iginla is the senior Pastor of Champions Royal Assembly Incorporated and the founder/ Chief Executive Officer of Champions Television.

He is also the President and Lead Lecturer of Champions Royal Bible College, the Bible school arm of the ministry. He was born on 21st of May 1969 to the family of Pa Lasisi Iginla in Ado Ekiti, Ekiti state. He pastors the 80,000-Capacity Church which is one of the Largest churches in the World. He is popularly known for his unusual prophetic oil. It was revealed that Pastor Iginla had already married his South African baby mama, Stella Zimasa Ndamase in 2014 and they are expecting baby number 2.

READ ALSO: I WAS A MEMBER OF MY FATHERS BAND @ AGE 11 – POPULAR JUJU ARTISTE, WALE THOMPSON