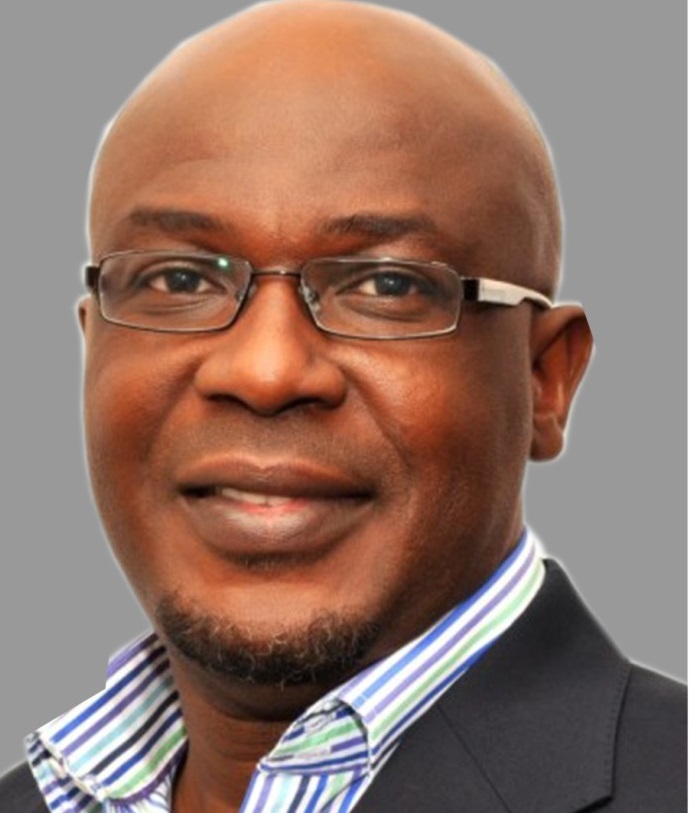 Lolu Akinwunmi is a big name in the Advertising sector. He is a guru. He is the MD/CEO of Prima Garnet Group. The big news is that Lolu, as all his comtemporaries call him, turned 60 last week. And he had a book launch to mark it in Lagos. The electrifying ambiance created at the Habour Point Event Centre, Victoria Island, Lagos on Thursday, 27th September, 2018 was second to none as advertising experts, politicians, captain of industries, business mogul gathered to celebrate Mr. Lolu Akinwunmi at his 60th birthday celebration.

Mr. Lolu Akinwunmi who is the Group CEO of Prima Garnet a world class advertising and Marketing Communication group, and also the past Chairman of Advertising Practitioners Council of Nigeria (APCON) hosted great numbers of dignitaries in a 3 in one packed event which was the Public presentation of his book titled “skin for skin: The Prima Garnet Story, introduction of the Lolu Akinwunmi Family Foundation (LAFF) and his 60th birthday celebration.

It was indeed an array of dignitaries and the Special Guest of Honour was His Excellency Prof. Yemi Osinbajo, Vice President Federal Republic of Nigeria and the Guest of honour was His Excellency, Mr. Akinwunmi Ambode, Executive Governor of Lagos State, Chairman of the day, Mr. Akinwunmi Odumakinde CEO Delta Afrik Limited and the book reviewer was Julia Oku Jacks CEO Three Water Limited.

The event started at exactly 11am with the rendition of the National Anthem and shortly after, Pastor Niyi Ajibola took the opening prayer. Mr. Akinwunmi Odumakinde, CEO Delta Afrik Limited, who was the Chairman of the occasion gave the opening remark about the personality of the celebrant as a man of integrity and diligence. He also spoke about their friendship of several years and how the celebrant his impacted people around him positively.

Mrs. Ibukun Awosika who became the first woman to be made the Chairman of First Bank of Nigeria, a motivational speaker and author, sent a goodwill message to Mr. Lolu Akinwunmi encouraging him to keep standing for integrity in his endeavours. She opines that even if integrity is not popular or common but it does not change the fact that it is the right thing to do. She lauded the celebrant’s strides towards excellence and prays for more strength.

Julia Oku Jacks CEO Tree Water Limited did the review of the book “Skin For Skin”. As a co-editor of the book, she spoke on how the book has changed a whole lot about her worldview since the time she read it. “It is a great pleasure to be part of this motivating piece and I don’t take it for granted” she concluded”.

Abolaji Banjoko, popularly known as Beejay Sax gave the entertainment interlude with his saxophone. BJ Sax is one of the Saxophonists who have popularised the Jazz genre of music in Nigeria and his display was exceptional as he entertained the guests. While BJ Sax was entertaining the guests, the special guest of honour in person of Prof. Yemi Osinbajo Vice President FRCN stepped in and the national anthem was rendered to honour him.

The author of the book, Skin For Skin, in person of Lolu Akinwunmi spoke on how he started writing the book in 2006 and how it was delayed for another 5 years. He spoke on how he joined Advertising at age 23 and how he became the Chairman of APCon for 5 years.

He also talked about his friendship of several years with Prof. Yemi Osinbajo and how he has impacted his life. Lolu Akinwunmi Family Foundation (LAFF) has been actively supporting motherless babies home, widows and other less priviledge members of the society even before its formal registration in 2017. In 2015 Laff identified with the exemplary behaviour of Madam Josephine Ugwu, who found a very huge sum of money in foreign donomination at the Lagos Airport locker room and promptly returned it to the authorities.

Laff was deeply impressed and chose to reward the lady by putting her on a fixed salary for a period of 12 months, and it was discovered that what she was given was nothing compared to what she found and returned. In conclusion Mr. Lolu said the book “Skin For Skin” captures the raw and hurtful challenges, honey-sweet successes and reward. He also used the medium to appreciate everyone who has been a part of prima garmet through the many years.

His Excellency, Mr. Akinwunmi Ambode, Governor of Lagos State who was the guest of honour was ably represented by the Secretary to the Lagos State Government in person of Mr. Tunji Bello.

At 60, the celebrant of today has made his mark as an accomplished professional and one of the foremost players in the Advertising industry not only in Nigeria but also in Africa. The success story of Prima Gamet is a testetament to the personality and characters of the person we are all gathered here to celebrate.

At 60, the celebrant of today has made his mark as an accomplished professional and one of the foremost players in the Advertising Industry not only in Nigeria but also in Africa.

I wish to specially commend and thank Mr. Akinwunmi for his decision to celebrate this milestone with the public presentation of a book written by him and titled “Skin For Skin: The Prima. Garnet Story”. I sincerely appreciate your decision to document for posterity the story of your life journey to serve as a reference and source of inspiration to others who aspire to achieve greatness in their chosen endeavours.

There is really a need for those who have achieved some measure of success in their spheres of endeavour to share their story in order to impress it in the minds of young people that the road to success is not always smooth. Efforts such as this will go a long way in ensuring the success of the various government initiatives aimed at building successful entrepreneurs.

I congratulate the celebrant and I wish him many more years in good health to continue to be an inspiration to young and upcoming professionals and entrepreneurs.”

His Excellency, Prof. Yemi Osinbajo, the Vice President was the Special guest of honour and he came in person to celebrate his friend of several years who turned 60. He spoke about their journey in 1982 shortly after they finished the National Service Youth Corp. He spoke about the character of the celebrant as a man of integrity and discipline, and he officially unveiled the book of more than 500 pages titled “Skin For Skin”.

He believes the author has packaged the struggle, successes, reward he had personally gone through with and without the knowledge of his friends and family. He invited the celebrant and his beautiful wife, Mrs. Josephine Koko Akinwumi, Mr. Akinwunmi Odumakinde and his beautiful wife to joined him on stage to unveil the book.

Seni and Tosin Akinwunmi who are sons of the celebrant spoke well of the father and lauded his effort towards living an exemplary life and also fashioning them to become responsible men. They appreciated every sacrifice he has made for the family and wish him greater years ahead.

Aderombi Adedayo Martin popularly known as Don of Big Brother Naija who is a hilarious comedian anchored the after party. His rib-cracking performance entertained the guests and shortly after, the Board of Executives of Prima Garnet donated a huge some of 500,000 to Lolu Akinwunmi Family Foundation (LAFF).

Demola Olota Live Band did justice to the event as they thrilled guests with their various beautiful rendition. Demola Olota and his band sure know the right selections of songs and the celebrant could not hold back as he was seen dancing every time he had the chance to.

Real Reasons APC Had To Strike A Deal With Sen. OMISORE