How AIRTEL M.D, SEGUN OGUNSANYA Got His New Job 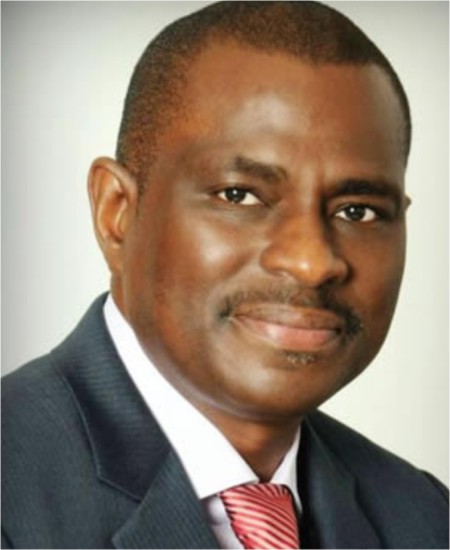 •To Relocate To LONDON

There is no doubt that Segun Ogunsanya, the outgoing Chief Executive Officer of Airtel Nigeria, is one of the brightest minds in Corporate Nigeria. An Engineer by primary training, Ogunsanya is a polymath who also became a chartered accountant and an expert in Taxation. The great University of Ife alumnus has a special recognition from the Institute of Chartered Accountants of Nigeria. During a career that has spanned about three decades, he has successfully captained the affairs of some of the most consequential establishments on the African continent.

Like a goldfish without a hiding place, it was because of this distinguished career that he was plucked by the Bharti Group less than 2 years after it acquired Zain Nigeria as the right man to help stem the tide of an firm which had metamorphosed a number of head-spinning times. He was seamlessly captaining the ship of the Nigerian Bottling Company when Airtel Nigeria challenged him with another tough position as its Chief Executive Officer. A man who is known to take challenges head-on like a bull and surmount them, Ogunsanya could not resist the temptation of a fresh challenge.

Prior to his invitation to manage Airtel Nigeria, Segun Ogunsaya ran some of the biggest corporations in the land. He was the General Manager and Chief Executive Officer of Coca-Cola Ghana in 1999. He later became the Chief Executive Officer of Coca-Cola Sabco, Kenya before he was poached by the Ecobank Group to become the Managing Director and Head of Retail, Banking Operations for Ecobank International.

After he Joined Airtel almost 10 years ago, he transformed the company from turbulence to stability helping to keep the company above water even where others drowned. His management skills ushered in the longest spell the company has gone without bleeding loses. It has been the longest period the company has witnessed without a change of ownership since it first launched its network as Econet Wireless in 2001. The Bharti Group was particularly impressed that Ogunsanya was able to keep the ship of Airtel Nigeria afloat while constantly remaining within budget with an uncanny trademark measured frugality. He hardly missed out on goals.

A stickler for rules, Ogunsanya excelled as a micromanager that knows a lot about everything when it comes to the operations of any organization under his care. As an engineer and an accountant, he has been well positioned to manage both the technical department the telecommunications company, as well as its books, thereby tremendously impressing investors and the founders of the company. After all, he held a position in the Tax and Business Advisory Division of Arthur Andersen & Co before he joined Coca-Cola in 1994 as the Head of Treasury. He was also at a point on assignment as the Corporate Headquarters of Coca Cola in Atlanta.

Amiable but finicky, he constantly wielded a stick while carrying carrots. Hence, he endeared himself to his lieutenants as he built a formidable winning team. An approachable boss, his humility was a source of inspiration to his staff, thereby easily bringing out the best in them as he steered the rudder from a cockpit, brimming with competent hands.

As the outgoing Chief Executive Officer of Airtel Africa, Mandava indicated his desire to retire around this time, the founders of the Bharti Group and the board of the conglomerate were convinced that there was no better person to take over at the helm of affairs than the bird which they already had in hand. It is even quite remarkable as well that a conglomerate owned by Indians decided to put a non-Indian at the head of a continental operation. This speaks to the confidence which the group has reposed in Ogunsaya.

Segun Ogunsanya was indeed built for the job after displaying outstanding managerial capabilities and accumulating an invaluable wealth of experience around Nigeria, Africa and indeed the world. He has always been a trailblazer who knows his onions. As he was appointed the Chief Executive Officer of the Nigeria Bottling Company in 2011, he was effectively the first Nigerian to hold that position. He had also been the first Nigerian to hold the highest positions in the Coca Cola Group across Africa. At a point in 2004, he was the Deputy Regional Manager for the Equatorial West African Countries for Coca Cola. As the Group Head of Retail Banking Operations at Ecobank Transnational Inc., Ogunsanya was in charge of operations in 28 countries across Africa.

Therefore, the Bharti Group didn’t have to go farther or break a sweat to find a replacement for Raghunath Mandava, who is expected to be available for a smooth transition in management and also to advise the board of the company in the next nine months.

Airtel Africa is a member of the Airtel Group which manages the telecommunications operations of the company across Africa. It is the holding firm for Bharti Airtel’s operations in 14 countries on the African continent, mostly in East, Central and West Africa. Ogunsaya will not only be the first Nigerian, but the first African, indeed the first black man to seat in that position.

With the looming vacancy at Airtel Nigeria right now, we hear, that high level consultations are ongoing to fill the position as some of those at the top echelon of corporate Nigeria jostle for it. The Group promises to announce their new man or woman soon.

How AIRTEL M.D, SEGUN OGUNSANYA Got His New Job was last modified: May 12th, 2021 by Kelechi Okorie

What Every Muslim Must Do At LAYLATUL QUADRI