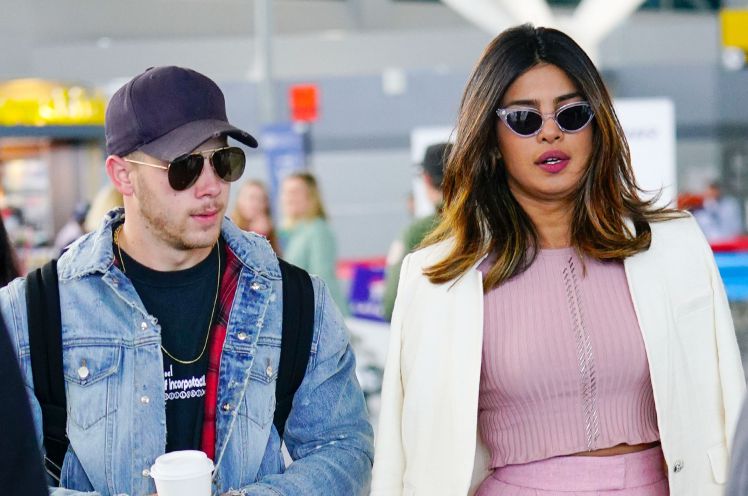 Priyanka Chopra and Nick Jonas are engaged after a whirlwind romance. The seemingly unlikely couple, who have a 11-year age gap, first sparked dating rumours at the 2017 Met Gala in May last year. However, the rumours were quashed and it wasn’t until May this year that romance reports surfaced again and NIck confirmed they were an item.

Two months later, they’re set to tie the knot. But how did they  meet? Priyanka Chopra and Nick Jonas walk the red carpet at the Met Gala in 2017 (Picture: Jackson Lee/FilmMagic) Nick and Priyanka, 36, are believed to have met through their agents thanks to them both wearing Ralph Lauren at the 2017 Met Gala. Romance rumours were rife following their appearance together on the red carpet but Chopra insisted it was simply because they were both dressed in Ralph Lauren.

However, in May this year, it was reported that the pair were ‘casually dating’ – which soon rocketed to ultimate bae behaviour when Priyanka attended Nick’s cousin’s wedding. Nick confirmed they were an item just over a month ago with an Instagram post, so their engagement is pretty speedy.

Nick reportedly got down on bended knee while the pair were in London celebrating the  Bollywood star’s 36th birthday earlier this month. While we saw pictures of the couple enjoying a swanky dinner at the Chiltern Firehouse, as well as hitting the town with Joe Jonas and Sophie Turner, we didn’t see a sparkler on Priyanka’s finger – but apparently, Jealous singer Nick went all out, shutting down a Tiffany store in New York City to choose the right engagement ring.

A source told People magazine: ‘His friends and family have never seen him like this, and they’re all really excited for him. He’s definitely very serious about her.’ The news was seemingly confirmed by Bharat director Ali Abbas, who cryptically referred to Nick while announcing that Priyanka had left the project. Abbas tweeted: ‘Yes Priyanka Chopra is no more part of @Bharat_TheFilm & and the reason is very very special , she told us in the Nick of time about her decision and we are very happy for her … Team Bharat wishes @priyankachopra loads of love & happiness for life.’ Let’s just hope Prince Harry likes the Jonas brothers, seeing as Priyanka is BFFs with Meghan Markle and went to the royal wedding in May this year…

How did Priyanka Chopra and Nick Jonas meet was last modified: July 27th, 2018 by Igbokwe John