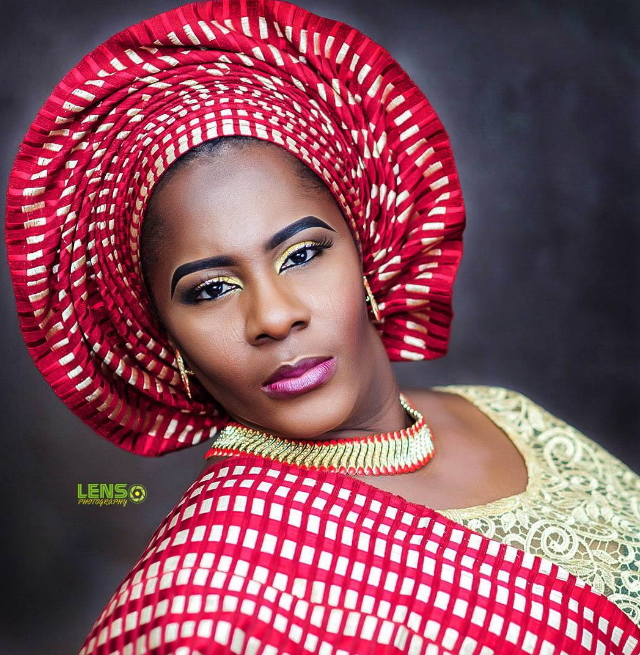 When she started the programme 8 years ago only a few people gave her a chance of success. There were cynics who just thought the programme will not survive this long. They saw it as just another programme. But 8 years down the line, Doyin Kukoyi has proved them wrong.

She is the presenter of that popular celebrity interview programme that features trending actors, actresses, and musicians. Many don’t know she started to act as a Broadcaster and an actress. All her life she has always been a TV Personality in one way or form. And she has played all these roles with great panache and professionalism. Many people do not know that Doyin Kukoyi also runs a popular restaurant in the Mende area of Maryland in Lagos. She prefers to call it a Buka. But it is a busy eatery because the quality of the food is good and affordable too.

Last week, City People Publisher SEYE KEHINDE spoke to her about her successful career. Below are excerpts from the interview.

When you started Gbajumo Osere 8 years ago what was the whole idea and how far have you gone to actualize the idea you had then?

The idea then was for us to have an indigenous programme that will have 3 things, in it, namely: a programme that will educate, entertain and inform people, especially based on the fact that we do not want our culture to just waste away. The idea was just to have an avenue whereby we can educate ourselves and at the same time promote our artistes, getting to know them and bring them closer to their fans. To just know the basic things about them. It will also create an opportunity for their fans to ask questions whether what they get to read about them is true or not. That was the whole idea. The 8 years so far has been amazing. It has been overwhelming. The acceptance is way out of this world.

Was the programme entirely your baby or you had inputs from other people?

You know how it is when 2 to 3 positive-thinking people meet. Gbajumo Osere was Apreel Ventures idea. Ariyike Oladapo happens to be my friend. She is the Executive Producer and owner of Apreel Ventures. I was in her office one day and we were discussing. She said she has an idea of a Yoruba programme bla, bla, bla. We were like rubbing minds and I said its a good one ooo. She said the problem is that the idea is here but we have problems with who to present it. I said she should not worry I would do it. She now said, ah, you kee, to present the programme in Yoruba? Can you even present in Yoruba. For me, it was more or less a challenge. I just said its ok Ariyike. I will do it. Looking back, I will be eternally grateful to her because she gave me the opportunity.

Let’s talk about your background. I know you studied a course that has something to do with broadcasting, showbiz, acting and the likes…

Yes, you are right. I studied Mass Communications at the Ogun State Polytechnic I had the opportunity of working with a few media houses. I started with Daar Communications (AIT). I worked with Breakthrough Television. I worked at Multi-Choice. I worked with Virgin. My acting career started in 1007. A couple of producers were always coming around, so, I met with Taiwo Ogundipe. The 1st film I featured in was CLOSET. It was a series. Closet ran for 3 to 4 years. That was how it started. Then I went to home videos.

So, what has been your staying power in all these?

When you are doing something you love to do, you don’t see it as a task or so much work. Even when you are working, it is effortless. As for Gbajumo Osere, I record it. When I get a script to act in it I study it. If I like it I say yes, I go for it. So it’s not work.

How do you get actors and actresses to come on Gbajumo Osere?

All praises to God. It is not a problem. When you have a programme like Gbajumo Osere that has become fully accepted the way it is, you don’t have issues. When we first started, we started by calling the A-list actors. They will come, at first reluctantly, to see what it was all about. Now, people call to come on the show. They go like this: Doyin when is it my turn to come on the show? Even after they’ve appeared they will call again: When next will you feature me? If you’ve noticed, we bring some people like twice. It all depends on what their fans and viewers want. It has just been wonderful.

Doyin Kukoyi is very fluent in English and Yoruba. Your pronunciations are sweet.

Well, I don’t know. Maybe it’s my upbringing. This prim and proper kind of thing. I read a lot of books when I was young. Then, the little exposure, one has had. I am not what you call a Butty, because I knew a long time ago that I can’t speak better than the owners of the language. As for speaking Yoruba, I am passionate about that. I don’t want my Asa ati Ise to just go like that. It is not a challenge for me at all. Even my kids have imbibed all that. They can speak Yoruba well and they hear.

Tell us about your growing up years. Where were you born and bred?

I was born, bred, buttered, sugared in Ikorodu, everything was in Ikorodu in Lagos. I had the upbringing of every normal middle-class family.

How come you went into the restaurant business?

I have always, always wanted to have something like this. I just wanted to go into the hospitality business. Maybe because of my love for my culture, where I am from, I am Yoruba. I have always told myself even if I wanted to open an eatery, it has to be a Tiwa N Tiwa kind of setting. Comfortable. Affordable. That’s just it. I call it Alake’s Place. It came in to been on the 2nd of April. That’s when we started the business. There was a formal opening. We had people like Lola Idije, Kunle Afod, Olumide, Solagbade and other stars.

How have you been able to cope with the life of a star?

I am not a star. Doyin is still Doyin. At home I am Doyin. At work, Doyin is Doyin. Among my friends, I am still the same old Doyin. They don’t treat me like someone they see on TV. My friends like Deola Ekine treat me like an ordinary person. She says she only respects me because I am on TV. I don’t live larger than life. I am me. I still go everywhere I used to go even before I started appearing on TV. I am me. I am still myself. No changes.

You have a distinct outfit you where. And your Gele is uniquely done. How do you put these together?

Believe me, that is not my doing. That is Nkiru & Ariyikes doing. All I do is carry myself to the studio to present. They put everything together from up to toe, except my inner wear. Whatever you see there is their doing. I don’t know anything about it. I am a Jeans and shirt person. I am a very simple dresser. There is nothing special about my dressing. But all of what you see on TV is Ariyike Oladipo and Nkiru’s business.

You are not a 9 am to 5 pm person yet you worked with Virgin Nigeria. How did you cope?

Yes, you are right. That’s why I left. It was a nice job. But I got tired of the monotony of the 9-5 job. I got to a point where it was no longer fulfilling for me. I used to travel around the world. It was fun. But it got to that point where I had that inner discussion with myself and came to the conclusion that I had enough and l just stopped and I went back to my 1st love-Television. After I left Virgin, I was home for a couple of months, thinking of what next to do. Ariyike opened the door for me. She gave me the opportunity that I am leveraging on right now. Whatever I say, whatever I do I give it to Ariyike.