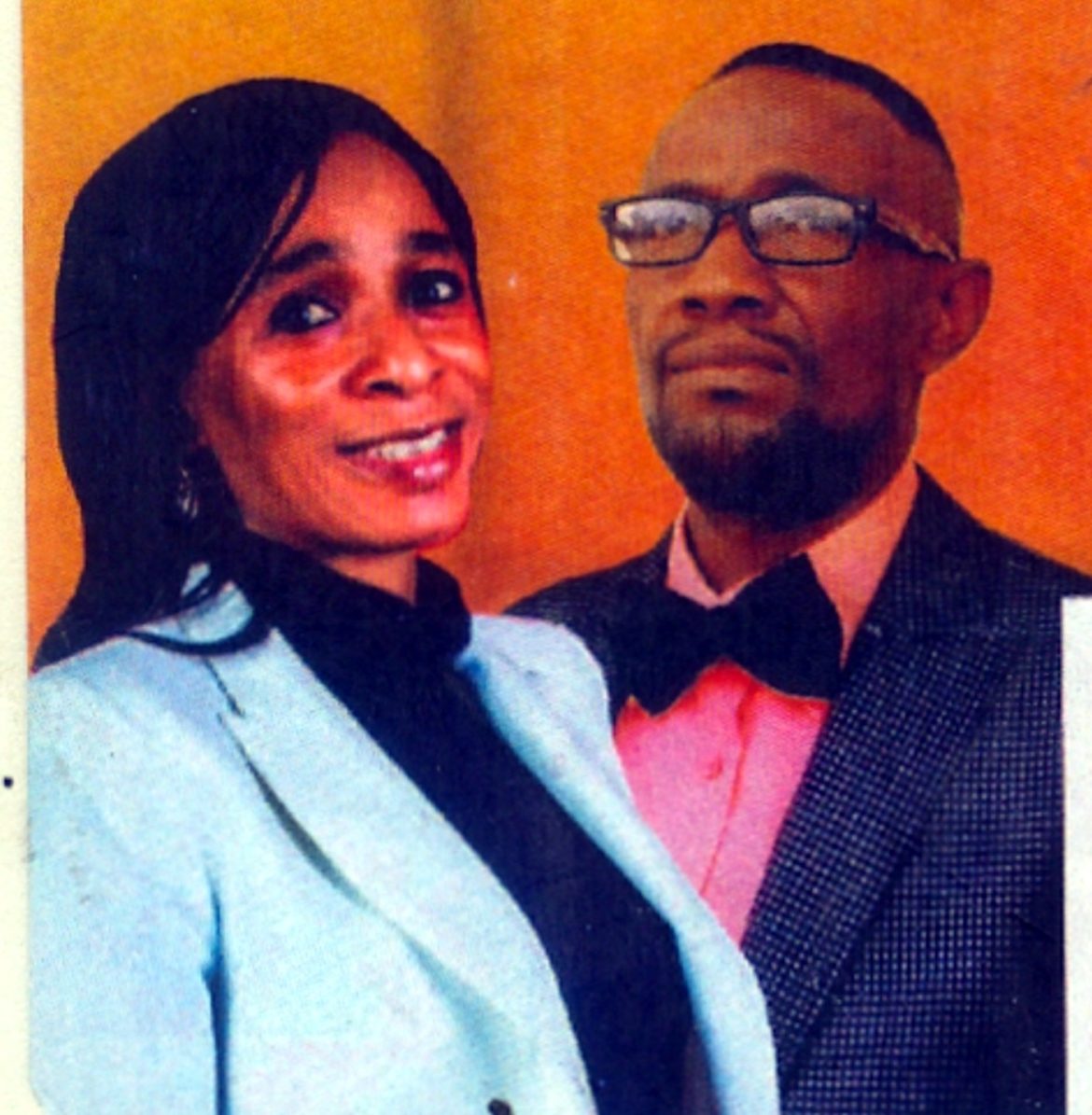 Right now in Lagos, there is a female Pastor, Bunmi Salami who is making waves on account of the great work she is doing in her ministry, along with her husband, Pastor Kunle Salami. Both are Lead Pastors at Transformers Place International Christian Church (TICC), a vibrant and dynamic ministry.

While her husband, Pastor Adekunle Salami is Head Pastor & CEO, Administration at TICC, Pastor Bunmi Salami is the anchor of Father Lift Up My Head, a fast-growing non-denominational prayer fellowship at different locations around Lagos, Abuja and beyond. They have a mandate to set the fire and passion of God all over the world.

It is an interdenominational prayer meeting that has been sent to build standard armies for God’s kingdom. It has branches in Canada, UK, US and other countries.

The Father Lift Up My Head Ministry was birthed in a vision to Pastor Bunmi Salami while in England on a divine instruction God told her, “when you get back to Nigeria, start a meeting that will deliver men and raise a standard army for me and from the first meeting in June 2010, God has been true to His word.

Pastor Bunmi Salami carries a prophetic kind of transformation by ministering the word of God. She is a teacher, preacher, and prophet and the Head Pastor of the Transformers International Christian Centre, Lagos.

For a few years, now she has been hosting an annual crusade, A Day With Jesus which was birthed at a crusade where she officiated before she became a Pastor in 2001. The mission is to populate the Kingdom of God & Deliver those under bondage. Riding on the wings of this vision, the first 3 crusades were held in front of the former church in Bariga, Lagos between 2020 and 2005.

This year will mark the 20th edition. In 2002, two crusades were held and since then its been done annually. In the course of organising these crusades, the Lord gave a word that baby things should be given as a point of contact for those looking unto God for the fruit of the womb.

Over the years, the Lord has proven himself strong and mighty through diverse miracles He has wrought. The Lord has always fulfilled His word every year of the crusade with people coming back fruitful, healed & excel in life.

At The Transformer Place, the of Christ overwhelms members wherever they meet, causing a true change of story, a rethink and repentance which is the church’s greatest testimony other than Signs & Wonders. At Transformers Place, everyone is truly transformed, with real testimonies, Pastor Bunmi Salami told City People: Our vision is to build world changers. We have a directive to set men free and send them forth to change their world. Our mission is to give a voice to the purpose, gifts and potentials by our liberty in Christ, setting men free to send them forth into destiny by Christian living and the prophetic mandate of liberation. Truly so.

City People discovered that week in, week out at the various services, members of the church come to give testimonies of the healing they have received as God answers their prayers through the prayers they receive from Pastor Bunmi’s ministrations.

City People learnt how not too long ago about 5 bad cancer cases were healed miraculously, so much so that medical doctors had to marvel at the miraculous way their patients got healed after encountering Pastor Bunmi.

Also lately there have been about 20 couples who have waited on the Lord were delivered of children. While some have had twins, others have had triplets. That is why many women troop to her Gbagada Church for solutions to challenges relating to the fruit of the womb. She has this Basket Programme she does where she gives out baskets to all those looking for the fruit of the womb and they usually end up coming back to give testimonies. She also has this anointed white handkerchief that instantly heals any part of the body that you may have problems with.

City People have heard stories of how church members collect and give out these special handkerchiefs to their loved ones and healing has taken place.

City People can authoritatively reveal that a lot is going on at Transformers Church but she does not make noise about it. She feels her good work will speak for itself.

It was these series of her miraculous healing that made City People visit her at her Ifako, Gbagada, Church and for 2 hours we got to hear a lot about how God is working through her daughter and her husband. She also told City People about her personal testimony when she got pregnant years back and she had to carry the pregnancy for 18 months due to etopic pregnancy but was eventually delivered of the baby.

I have been believing God for a car for over 13 years, Mummy called for volunteers that would work for God at the church call centre. I came out and I started working at the call centre unit, within 2 weeks God blessed me with 2 cars and everything begin to fall in place.

I have been waiting on the Lord for years for the fruit of the womb; I have prayed but decided to join the sanitation department to work for God. While doing the job, my husband and I came to see the woman of God, Pastor Bunmi Salami, and the Lord asked how many children we want? My husband said triplets, two boys and one girl, and the Lord answered us. I was very sick during the pregnancy but I delivered safely two boys and one girl.

I was at home and I perceived a sharp pain in my head, and it went down to my laps, that I could see that part of my laps turned red and very painful. During the service the woman of God. Pastor Bunmi Salami, gave a word concerning someone who had a sharp pain in the head, I stood up and I was prayed for and was healed instantly. Hallelujah.

I had been looking unto the Lord for the fruit of the womb. The doctor told me that I couldn’t conceive but at the crusade, the woman of God prophesied that whoever the doctor has given a report concerning fruitfulness that God is overturning the report of man by His supernatural means. I held on to the word and got a baby basket with faith I prayed to God for a set of twins and to God’s Glory, a month later I conceived and was delivered of a set of twins.