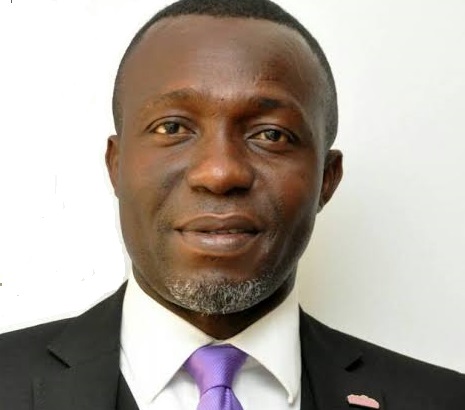 •Reveals 3 Key Things He Needs To Do

Dr. Bamidele is the Chairman of the Lagos Chapter of the Real Estate Developers Association of Nigeria (REDAN). He’s also the founder of popular real estate company, RevolutionPlus Property, a company that has given birth to many other subsidiaries.

He celebrated his birthday a few weeks back and he spoke to Journalists about his plans for the real estate sector. Below are the excerpts of the interview.

When you look around today, what comes to your mind in terms of what should be done by the players in the sector?

There’s still much to be done. The real estate market is huge. The more we work towards closing it, the more it is expanding because people keep giving birth every day. There’s urban migration. I used to tell my colleagues in the REDAN that we have not done anything because the real estate market is huge and we are just scratching the surface. For me, we haven’t done much and we have been working with the government because the government can’t do it alone to make sure we bridge the housing deficit.

Tell us about some of your new projects in Lagos?

We just launched one of our projects in Epe called Graceland Estate, and Epe is a beautiful place now. The former governor Ambode did well in Epe and the present governor is doing even better. He has further opened the road to Epe. That’s why we quickly went to Epe.

We also launched another one called Grandeur 2 in Abidjan GRA. There is another one in Ajah, called Dream City. It’s a very big estate. And we have commenced the development of the estate. We have a one/two-bedroom apartment. It’s for middle/low-income earners. You can pay 24 months. We also have this new estate we are launching in Lekki and it will be launched this month. It’s an estate of just 15 terraces. It’s around the Jakande area in Lekki. The name of that estate would be called The Royale Estate. It’s a prime estate and we want to launch that one as a landmark.

We are also launching our Port Harcourt project next month, Kaduna comes up the upper month and Uyo’s project is coming up as well. So all those branches are coming into fruition this coming year.

We have been working extra to make sure we get it right. Sometimes, I don’t sleep and sometimes I sleep around 2 or 3am.

Sir, in our recent poll, RevolutionPlus property emerged as the best marketing real estate company. What have you done in the last few years to get you where you are today?

RevolutionPlus has always been the best real estate marketing company. We have won some awards for that. This is so because we have spent so much on marketing and advertisement. Our public communication and media team are so strong. We work so hard and we spend so much on advert because we want people to know our brand more. Also, we want them to know we can do a lot. It’s been working so far. It’s the best known real estate company. Before any other real estate company comes to mind, you must have first thought of Revolutionplus property. That’s the power of the advert. But that’s not just our focus. We focus more on the timely delivery of projects. All our clients are happy with us. But issues do arise in real estate but the ability to resolve them is another thing.

As the Chairman, Lagos REDAN, how have you addressed the many complaints of fraud in the sector?

Like I said, issues like this occur in real estate and one of the reasons LASRERA, an arm of Lagos State is working so hard with REDAN is to weed out the bad eggs. There are many bad eggs in the sector. They just want to collect money and run, but REDAN will never support that. There might be issues: maybe you bought a property from a developer and he’s not developing as promised. We would call on that developer to state his explanation. We have an enforcement team and disciplinary team in REDAN. Once there is any issue with any property developer, we would investigate and take necessary action.

What is your assessment of Governor Sanwo Olu in real estate?

The governor has done so well. Don’t forget the governor is a practitioner. He was former Chairman of LSDPC. As we speak, he’s done so many projects compared to the last government. My advice to Mr Sanwo Olu now is to partner with the developers. That’s where the money is, not just for the developers but for the government. They should provide land. This would reduce the housing deficit in Lagos.

What are the three key things that Sanwo Olu should do to help property developers?

No1 is finance. Finance is the bane of every business. Government should provide financial backup.

Documentation is a problem. You want to process C of O, it becomes a problem, because land without a C of O, you can’t do much with that land. And I know that Perm Sect is working so hard to make this a reality. He took us to a big house where they are processing C of O. We are still waiting for that day when we all can process our C of O from our various destinations.

Our Goal Is To Turn Landowners To...