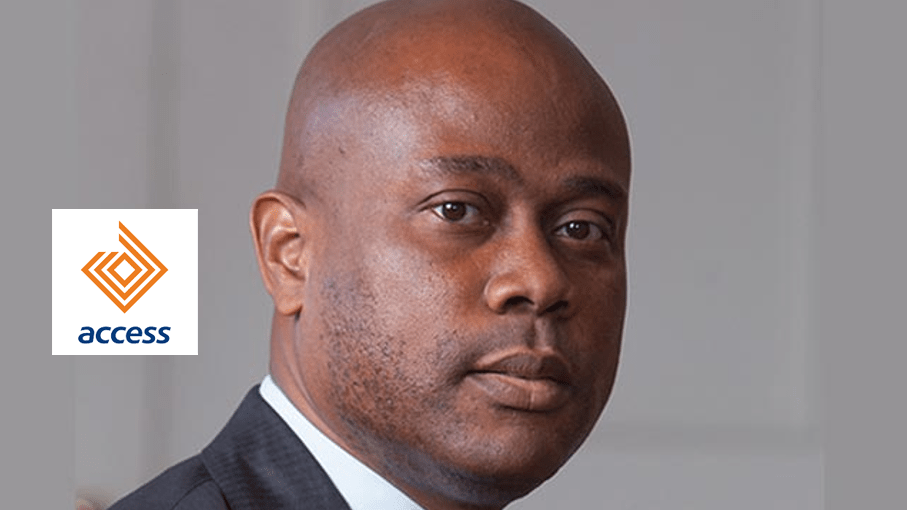 Herbert Wigwe is an easy going super banker who does not make noise about his exploits at Access Bank. Not for him all the publicity that comes with running a damn good back like Access Bank. But his job has turned him into a golden fish which has no hiding place.

So, whenever the names of giants in Nigeria’s banking sector is mentioned, Herbert Wigwe, the MD/CEO of Access Bank’s name always pops up. He has earned for himself a prominent place.

Through innovation, visionary leadership, and an appetite for bold ventures, Herbert has continued to make his mark in a sector he took by storm 18 years ago. For very many years, he was DMD to Aig-Imkhowade whilst Aig pulled all the publicity stunts, he remained a backroom person, doing all the work.

He is a simple guy brought up by a stern set of parents. The kind of training he got has left a lasting impact on him. He is one of the bankers who has paid his dues in the industry.

That he is good at what he does showed during the COVID-19 pandemic when Access Bank weathered the storm. No wonder Access Bank is one of the top banks in Nigeria today. Yes, it is. And we can authoritatively tell you so. Access Bank Plc, commonly known as Access Bank, is a multinational Commercial bank, owned by Access Bank Group. It is licensed by the Central Bank of Nigeria, the national banking regulator.

Access Bank is now one of the largest five banks in Nigeria in terms of assets, loans, deposits and branch network. The merger of Access Bank and Diamond Bank on 1 April, 2019, has made Access Bank the largest bank in Africa. At the conclusion of its merger with Diamond Bank, Access Bank Plc, unveiled its new logo, signaling the commencement of a new enlarged banking entity.

Let’s tell you authoritatively that all the successes and achievement of Access bank can be credited to the long standing sheriff, Group Managing Director, Herbert Wigwe.

Just 3 months ago, Access Bank PLC and the team leader Herbert Wigwe, were recognised as winners of the ‘Agriculture Deal of the Year’ and ‘African Banker of the Year’ categories at the 2020 African Banker Awards.
For six years running, Wigwe has continued to further Africa’s drive towards local food security. As an institution striving to be ‘Africa’s Gateway to the World, Access Bank is delighted at our capacity to create a platform that furthers Nigeria’s drive towards the achievement of financial inclusion, local food security, increased employment, improved water resource efficiency, among others.

Access Bank’s current leadership position in Africa – where it is the continent’s largest bank by customer base, with over 40 million users – is inspiring, considering its humble beginnings. Its rise to the top in a short period of time is a feat largely due to Wigwe’s ingenuity, expertise and seeing opportunity that many others are blind to. Before the acquisition of Access Bank, Wigwe had spent over a decade at GTBank and had risen to the position of Executive Director. To make the jump into the uncertain waters of building a much smaller bank from ground up seemed like career suicide.

Amidst the tension faced by the banks at the first ease of lockdown, when banks were partially allowed to work, Access Bank stood out in terms of effective customer service delivery and operational structure. Access Bank saw the possibility of a fundamental shift in customer behavior, and predicted a possible decrease in the physical branch visits with an immediate increase in online transactions, peer to peer payments, wallet usages, etc.

Access Bank stepped up her game and converted more of these experiences into positive stories for long-term digital adoption.
A major part of retail banking services including deposits, credits, payments, etc. is part of what governments refer to as ‘essential services’, so banks had to continue these services to minimize the adverse effects on people.

However, managing all these at a much-reduced employee count can be challenging. Access Bank tackles these challenges by embracing digital banking. Born August 15, 1966, in Ibadan, Oyo State, Wigwe always had an aptitude for numbers, a fact he attributed to playing “mental mathematics” with friends while growing up.

This game involved solving random mathematical questions without the aid of a calculator.

It was no surprise to those who knew him that he enrolled to study Accountancy at the University of Nigeria Nsukka (UNN) in 1983, graduating with a Second Class Upper honours degree in 1987.

In 1989, he passed his Institute of Chartered Accountants of Nigeria (ICAN) professional examination and moved on to work as a credit analyst at Capital Merchant Bank.
His commitment to education earned him a scholarship from the British Council to study at North Wales University (now Bangor University) in 1990. He followed up with a Masters in Banking and Finance in 1991 before returning to Lagos to join GTBank, which was then a fast growing new generation bank. Wigwe rose through the ranks and at 32, he was an Executive Director.

Not done with his education, and in preparation for future tasks, Wigwe would go on to earn an MSc in Financial Economics from the University of London. He would also become an alumnus of Harvard Business School Executive Management Program.

Now a globally celebrated banker, Wigwe is renowned for supporting the establishment and growth of African businesses. Through Access Bank, he has aided the development of some of the continent’s biggest companies in the construction, telecommunications, energy and oil and gas sectors.

Currently Chairman of the Bankers’ Committee, he is the go-to man when it comes to financial sector interventions of national importance, from playing a major role in the formation of the Coalition against COVID-19 (CACOVID), to taking over the National Theatre for renovation as one of many creative hubs planned around the country.
Above all, Wigwe has brought all his knowledge and experience to bear in propelling Access Bank to the top. Access Bank is now one of the top five banks in Nigeria and ranked among the top 500 global banks. But the aim is to be Africa’s undisputed number one bank.

Over the last six years under his stewardship, Access Bank has continued on its upward trajectory, at a dizzying pace. In the last month alone, it acquired banks in Kenya and Zambia.
In 2019, Access Bank acquired another top tier Nigerian bank, Diamond Bank, in a deal worth $200 million. The acquisition of Diamond Bank positioned Access as the leading retail bank in Africa. At the end of 2019, the bigger, better Access Bank posted an impressive performance with gross earnings rising 26 per cent to N667 billion, up from N528 billion the previous year.

A leading full-service commercial bank, Access Bank operates through a network of more than 600 branches and service outlets, spanning three continents, 12 countries and about 40 million customers. The Bank employs 28,000 people in its operations in Nigeria and has subsidiaries in Sub-Saharan Africa and the United Kingdom, a branch in Dubai, UAE, and representative offices in China, Lebanon and India. Access Bank UK branch, is today seen as about the most successful African bank branch from the continent in the United Kingdom.

Access Bank has been accorded recognition by reputable domestic and global organisations over the years. Some of these recognitions in the past two years alone include the 2019 World Finance Award “Best Digital Bank in Nigeria”; 2019 World Finance Award “Best Mobile App in Nigeria”; 2018 CBN ‘Sustainable Bank of the Year’; and ‘2018 Global Banking and Finance Review, “Best Investor Relations Bank in Nigeria”.

It is without doubt that Wigwe shares these accolades of with his partner and friend, Aig-Imoukhuede, and both have improved the bank’s standing and public perception index, which explains why he is highly-respected by his peers. He is a Fellow of the Institute of Chartered Accountants of Nigeria (ICAN – FCA), a Fellow of The Institute of Credit Administration, and an Honorary member of the Chartered Institute of Bankers of Nigeria.
He is sought after globally to share his thoughts, with recent speaking engagements at Silicon Valley and the Financial Times Summit in Mozambique